We invite you to a stroll through one of the most historic cities in our country. We go to Goya, Corrientes. Do you add yourself? 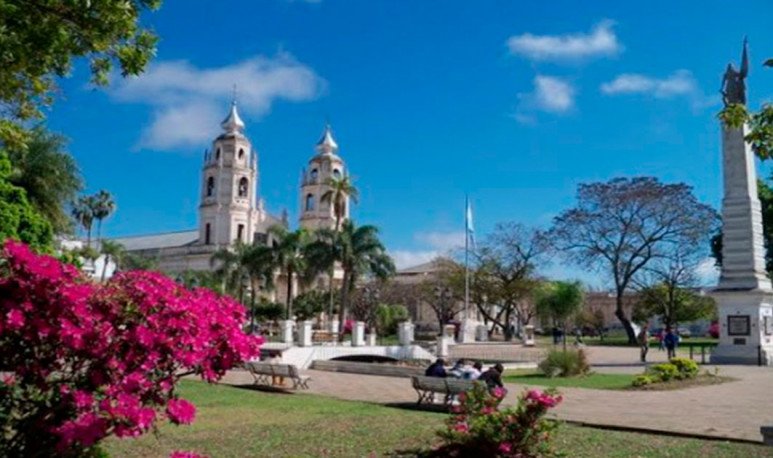 They say that Corrientes carries history in its streets, buildings and landscapes. A walk through the city of Goya, takes us to a simple city, located on the banks of the  Paraná River .  At 218 kilometers from the provincial capital, this urban center dazzles with its rich architectural variety.  A walk through its French, Italian, English, colonial, neoclassical buildings, takes us back in time.

The history of this town is about 200 years old. Its name is due to a local woman known to everyone as “Doña Goya”. She, along with her husband, Portuguese Bernardo Olivera, settled on these grounds near the berth. There, they built in the 18th century, a warehouse of general branches that would then give rise to the city.

Get to work, to start this journey through time! If Goya is synonymous with  history , it is thanks to its  Municipal Theater, which is the oldest in the country  andthe most interesting thing is that it still continues to operate. Its original construction dates from 1879, making it a real relic to visit in Argentina.

They tell the documents of the time, which was Don Tomás Mazzanti, an Italian immigrant, who built the first cultural center of Goya. It was for the year 1877.  Many ornaments were used in its building, which, at the end of the work, turned out to be a building worthy of a large metropolis . Many materials were brought from the region, but others came from Europe, Vienna and Italy especially.

Mitre Square  is another of Goya's relics. Located in the city centre, it offers tourists the Pyramid of Liberty, similar to the Obelisk  of Paris . Visiting the square reminds us of those moments when Europe and Argentina seemed united by the same destination.

Without leaving the square, located opposite, is the  Cathedral Church Our Lady of the Rosary . The building is a real architectural jewel, a reason for constant pride and devotion of the Goyan people. The temple is 18 meters high and is absolutely imposing to the eye.

Goya  has four museums that keep the city's history alive through time.  The City Museum is located in the old railway building. There you will find all the historical heritage of Goya and the region. The  Sanmartiniano Museum recalls the history of the procerer born in the province of Corrientes. There are also options for those interested in the life of the first bishop of Goya.  The Monsignor Alberto Devoto Museum is actually his humble  house . The place preserves clothing, books, furniture and photographs of the holy father. Finally, there is the famous  Surubí Museum : In it you can see photographs, videos, posters and trophies of the fishing festival. It is a space that protects elements that show the history of the National Festival of Surubí.