Surrounded by forests, Villa Padre Monti provides peace and tranquility. We tell you its attractions and how to get to its imposing hidden waterfall. 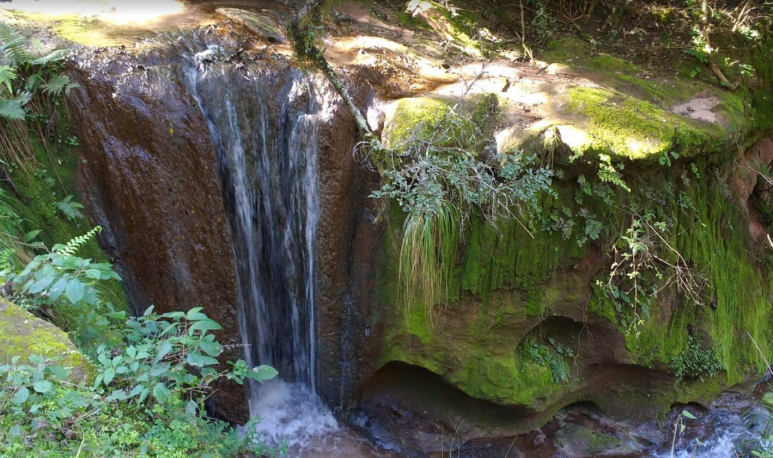 Villa Padre Monti,  in Tucumán,  is a place that many inhabitants of that province choose to vacation. The varied vegetation and simplicity of the village provide the rest that many want to have this season. It is located in the so-called Northern Circuit, 44 kilometers north of the capital Tucumana, and more than 2000 meters above sea level.

During the winter break period, visitors are often filled with hikes through the green hills, eucalyptus forests, as well as the furrows of citrus plantations.

For those who want to rest there and do not have weekend houses, there is a communal campsite and a school belonging to the fathers of the Congregation of Sons of the Immaculate Conception. Religious have a chapel where they celebrate some masses during the year. This temple is very visited to meet God, or to meditate. It also stands out for being located on top of a hill. Inside the  temple  there are wood-carved images and an imposing altarpiece.

In Villa Padre Monti, there is also a dispensary with an ambulance for emergency services, a police detachment, a court of the peace, located 200 metres from the campsite.

Nature in its purest form

In some years, in Villa Padre Monti snow falls and its vegetation is dressed in white, making the landscape a unique setting. When they report that the place is snowing, the Tucumans decide to take their way there and enjoy with the family what  nature offers.

Authentic and captivating, are the two words that define the  Villa Padre Monti Waterfall . It is an ideal place to cool off on these hot days. In addition, the Tucumans organize picnics with friends and also with family. To get there you have to make an extensive walk, and it should be emphasized that the road has many trails that can confuse visitors and drive to other places, that is why you have to keep in mind that to get to the waterfall you have to follow the stream against the stream, this indication also serves for tourists as a reference for return.

How to get to the waterfall?

It is a nice way out for hiking in the area. To get to the Waterfall you must continue on the right side of the village convent. After crossing the river that comes with very little water, you continue along a path that ends in a small waterfall. Later on the trail goes down and you hear the noise of the water first and then admire the beautiful waterfall. Other visitors prefer to do it on  horseback . Care must be taken because the road is not signposted.

Next to Villa Padre Monti, is the town of Rio Nío. Houses that surround the edge of the road to get here make this place look like coming out of a story. A few years ago, a storerman in this town had told the Tucuman press that in Rio Nio its population grows every year. In the middle of the last century, there were animals and the area was surrounded by playitas (on the bank of the river). There were also very large willows, but over the years everything took the growing, the place was transformed and much of the vegetation began to disappear. However, in recent years, the old coast was filled with churquis (espinillo) and currently has more rest houses that are from Tucumans living in the Capital.

How to get to Villa Padre Monti and Rio Nío

Villa Padre Monti is located 44 kilometers north of the capital Tucumana and Río Nío 56. To reach both places, take Juan B. Justo Avenue and access RP 305. While the road is paved and in good condition until km 32, then it happens to be dirt.

You can also go, from San Miguel de Tucumán through the RP 304, which passes through Alderetes and Los Gutierrez reaching Chañar, from where it splits with route 306 to El Sunchal.

Undoubtedly,  Villa Padre Monti  is the right place to visit if you want to connect with nature. In turn, it is one of the destinations that  Tucumán  has where silence and tranquility reigns.

The waterfall of Los Pizarro, the hidden treasure of southern Tucumano