October ended renaissance and colorful in the city of Trevelin. Thousands of tourists were protagonists of the most beautiful floral show in Patagonia. 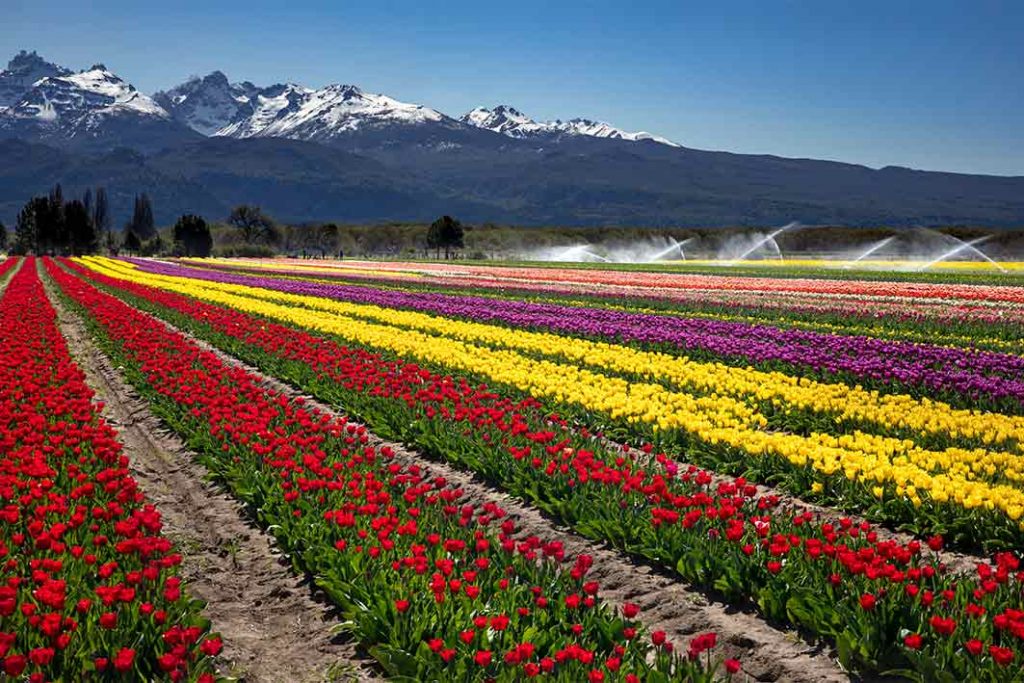 Anyone looking at a picture of those camps thinks of Holland. However, we must tell you that these postcards are also possible in Argentina. Trevelin, 25 kilometers from Esquel (Chubut), offers this unique show for tourists who love its shapes and colors.

“ Plants of the South” is thefloriculture in charge of the exploitation of more than twenty-five species of tulips. It is located in a detour of Route 250 and has three hectares of these species.

It opened its doors in 1996, and today it is considered the largest producer at the national level. Their owners say that were the climatic conditions and environmental characteristics that allowed the proliferation of tulips in these lands.

Today the Ledesma family, owner of these lands in Trevelin, is mainly engaged in the sale of tulips bulbs. However, they accompany this floricultural work with tourist activity during a month of the year. The “tulip park” opens its doors for others to explore it with their five senses, and take the most beautiful photos of a dream place.

About the floriculture process and the environment natural

The cultivation of bulbs occurs during the months of April and May. These are sheltered (covered) until September, moments in the first species of tulips are born. Then in October, they begin to bloom and the moment when the colors begin to attract thousands of tourists to the place.

Those who once used to say that the postcard is captivating. Its route includes a corridor that incorporates the Nant and Fall vineyards with its waterfalls, the flour mill and the Arroyo Baguilt Fish Station . Bring your lounger, mate gear and sit down and watch.

The tulip field opens its doors from 1 October to 10 November each year, from 9 to 18. Attended by its owners, this property offers typical dishes of the place for those who wish to taste some delicacies, after or before their visit.

Tourists will be able to choose to visit it from private way or by hiring guided tours with an operator tourist. Entrance fee is $400 per person, $300 for retirees and under 12, free of charge.

Workshops of Perico and his two drinks in one day