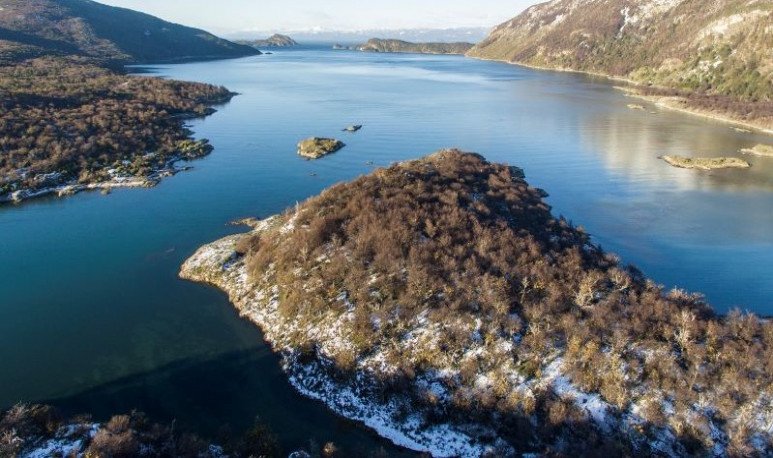 The natural conformation of this park does not differ mostly from that of its peers; what gives  originality  to the   Tierra del Fuego  National Park  is to be the  only possessor of sea coasts , since its southern boundary is bathed by the waters  of the Beagle Canal . In addition to being representative of the local flora and fauna, the Park shelvers archaeological remains of the  Yámana Aboriginal village . Another attraction is that inside it is the end of National Route Nº3 and the Pan American Route, in the famous and  beautiful Lapataia Bay.

The  park  was created on October 15, 1960, by Law 15,554. It has 63,000 hectares, of which  only 2,000 hectares are intended for recreational and educational use  of the population and tourism. In addition to organized excursions, activities such as  hiking, camping, sport fishing, bird watching and water sports on non-motorized boats , while during winter the area is ideal for  cross-country skiing.

Trails and walks inside the Park

Climb to the hill Pampa Alta from Route Nº3 about 3 km from the park's front. In addition to the view of the surrounding area you can see an  active beaver   . Medium degree of difficulty — Length 5km

Jumps of the river Pipo

At the end of the road that enters the  cañadón del Toro  (about 5 km from the entrance to the park) a trail is born that, bordering the river Pipo, reaches the water jumps of the same. Difficulty degree: SOFT — Length: 300 m (way)

From the end of the vehicular road that leads to  Bahía Ensenada , part a trail to the west that borders the Beagle Channel. It allows to observe marine and coastal birds, as well as different species of trees and shrubs. It takes around 3:30 hours. Degree of difficulty: MEDIUM - Length: 8km (way)

Trail that begins after crossing the bridge over the  river Lapataia,  in front of the National Gendarmerie post and runs part of the Cormoranes archipelago. Degree of difficulty: SOFT - Length: 1.5 km (one way) 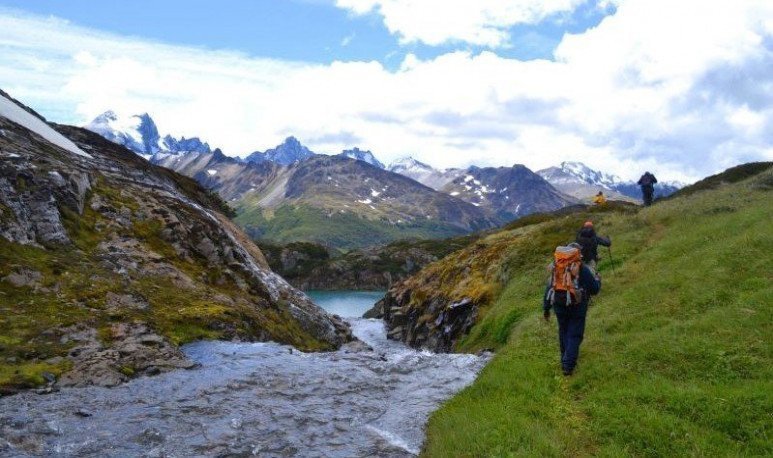 This circular path begins after crossing the bridge over the  river Ovando on the right. Very well signposted allows you to observe a  peaty in formation.  Degree of difficulty: SOFT - Length: 1km

After the bridge over the river Ovando on the left. It allows you to observe a panoramic view of Lapataia Bay. Guests can also visit the Paseo del Turbal. Degree of difficulty: SOFT - Length: 2 km (way)

Trail that begins before reaching the end of the RN N 3 and that going through the forest allows you to observe a succession of active beavers. Degree of difficulty: SOFT - Length: 200 m (way)

The trail starts along with the one leading to  Hito XXIV , but ascends in a steep slope to the right after crossing the first stream. It takes approximately 4 hours. Degree of difficulty: DEMANDING - Length 8 km (one way)

Very important recommendations within the Park

*Outside the National Route Nº3 and the complementary roads, the circulation of all types of vehicles is strictly prohibited.

*The maximum speed once you have entered the Park is 40 km/hour.

*If you want to fish, please note that both the start and end dates of the season and the corresponding permit are different from the rest of the province.

*The extraction of mussels and bivalve molluscs is prohibited by the presence of RED TIDE (a disease that affects fish in this area, and which can cause human death).

*Do not make any type of inscription on rocks, trees, etc.

*Hunting and carrying weapons are subject to SEVERE PENALIZACONES

*Do not throw waste. Just put them in a bag and bring them back to town.

*In the Roca Lake area, it is recommended to boil water for 5 minutes before consuming.