I lived the history of Tierra del Fuego

Lost in the vastness of the southern cone, the Harberton Estancia is a classic of that end of the world called Tierra de Fuego. 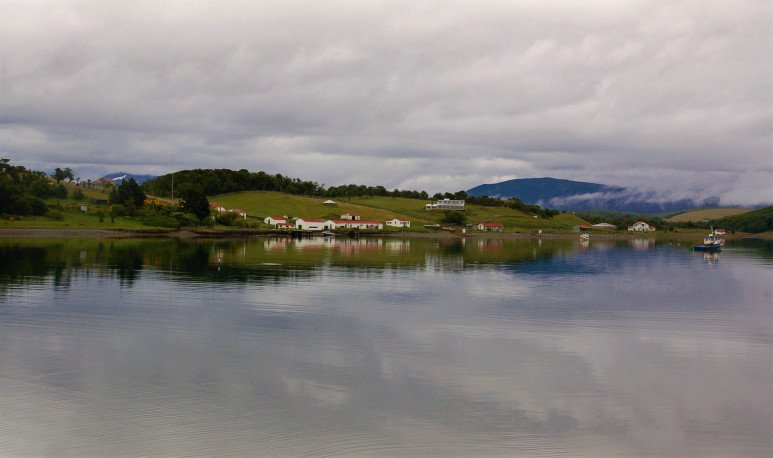 Estancia Harberton is the oldest estancia in Argentina, located 85 kilometers from Ushuaia and declared a National Historical Monument. A house in front of a wide bay that does nothing but tell us that paradise exists. The abode was restored and redecorated a few years ago, with careful care to condense its essence in every corner and in turn intricate it in this southern point of the planet, where everything from sailing on the  Beagle  to the Magellanic penguins, bears the seal of the last frontier.

In that place in the world where zephirs are energetic and eyes find no end in a landscape that is lost wild and infinite, only those who manage to tremble with the freshness of the mountains, wood scent and horseback riding will find their existence in this room. A place where birds, careless in rugged existence, like blissful visitors to the morning concert give vibrant poetry to the morning atmosphere. 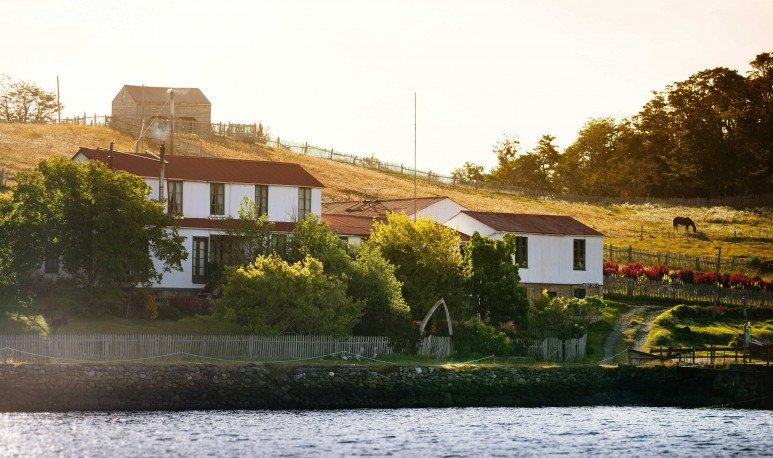 It was engendered in 1886 by the Englishman and Anglican missionary Thomas Bridges. And here the discussion is divided because there are those who say he was proud to be the first white man to live permanently in Tierra del Fuego. As if the appellation “white” put him in a higher position. Coming from the Falkland Islands, where he lived, he got, like, to know how, that the Argentine government gave him 20 thousand hectares in Tierra del Fuego where he erected the estancia we know and introduced cattle to breed. Then came the gold rush and the slaughter of native peoples, but that is another story.

Today, the place is managed by members of the fifth and sixth generation of the Bridges family. Transformed into a tourist stay, it offers a wide variety of daily activities and programs with accommodation included. The place has four cabins with different lodging regimes. The same go from the B&B to the full board.

What can I do in Harberton?

The classic walk through the estancia, a scroll back in time, during a guided hike through Harberton, National Historic Monument.

Those who carry out this tour will learn about the history of the Bridges family and their relationship with the natives (the version of them of course), visit the first nature reserve in Tierra del Fuego, the family cemetery, replicas of Yámana huts, an ancient shed used to shear, carpentry, the oldest boat built on the island and the lavish garden of the main house.

Immerse yourself and incorporate a volume of knowledge of the depths of the sea during the guided tour of the Acatushun Museum of Marine Birds and Mammals, one of the most important collections in the world with nearly six thousand species among mammals and birds.

Here you will find real-size representations of underwater animals and part of the extensive collection of skeletons collected by researchers on the Fueguine coast. Anyone who wants to visit the Laboratory and the House of Bones, where scientists work with the specimens found.

The place has a Restaurant called Acawaia, whose dishes are made with fruits and vegetables harvested from its organic garden. Its location on the hill makes the enjoyment of typical dishes of the estancia unwind with the stunning view of the Beagle Channel and its islands, the mountains and the hull of the estancia.

But the good thing is in desserts since they are all based on old family recipes. Among which stands out the magic rhubarb cake with, apple, chocolate, lemon and cinnamon.

Why choose Formosa as a holiday destination

Learn the truth about Wanda in the next 180 seconds

What are the recommended walks in Posadas?

Do you think you're an expert on Yungas? Let's