Getting to know Ushuaia from the air

A different option to get to know Ushuaia, the city of the End of the World. 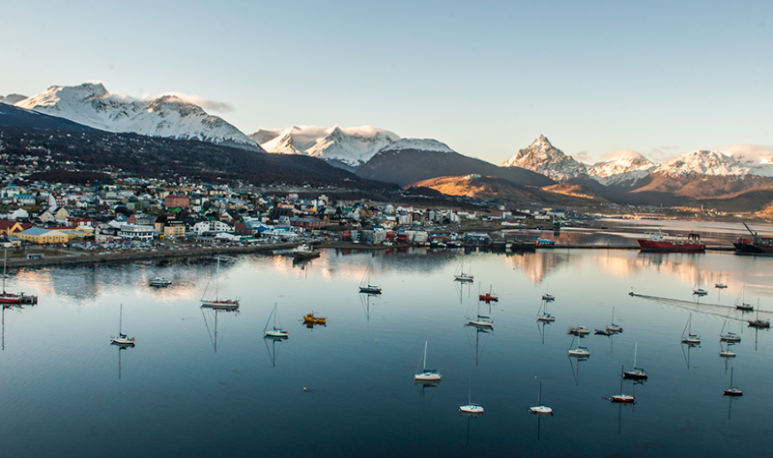 The city of Ushuaia offers a different way of being known: from the sky , it allows you to see and descend to various points that are inaccessible by other routes. There are several circuits that are made on aircraft of 2 to 6 passengers, so this is an activity to do both with family and friends.

Overflights through Ushuaia are offered by the  Ushuaia Aeroclub  and the company Heliushuaia for helicopter tours. The two have circuits to discover islands, beaches and the inhospitable and inaccessible corners of the end of the world.

Heliushuaia is a group of Patagonian pilots between 30 and 50 years who decided to offer trips to c ompartir the desire to fly and offer a more tourist attraction to know one of the most beautiful areas of Tierra del Fuego.

This option offers private helicopter tours as an alternative to appreciate the diverse geography of Tierra del Fuego, on flights that are between 15 and 40 minutes long . The flight options provided by Heliusuahia, with a minimum of 2 passengers, are: 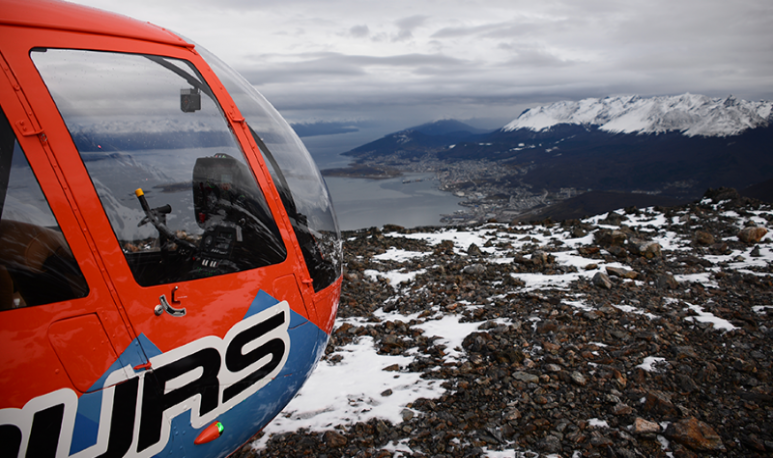 In option 2 to the same route as the overflight 1 is added the visit to the L aguna Esmeralda  and Cerro Castor. Lasts approximately 30 minutes.

Overflight 3 does the same as 2 but adds the  wonderful challenge of crossing the mountain range to Estancia Remolino and El Túnel . After 45 minutes you return to  Ushuaia .

Finally, you can make flights to São Paulo, Rivers de Pesca (Irigoyen, Ewan, among others), head of the lake, Moatt, Miter Peninsula, among others. These overflights allow the option to land and leave people in the area or wait for them.

The Ushuaia Aeroclub, meanwhile offers tours in planes and cars with a fleet of 6 Piper. Baptism flights allow you to know the southernmost area of the continent, on different circuits. On the other hand, on the premises of the aeroclub is the Aeronautic Museum with historical pieces of local aviation, such as the DC-3 aircraft which was an important tool for the development of the city. It also has a flight school, hangar and a modern runway for airplanes.

The tours offered are: