Part of El Renacido, the film for which DiCaprio received the Oscar for Best Actor, was filmed in Ushuaia. 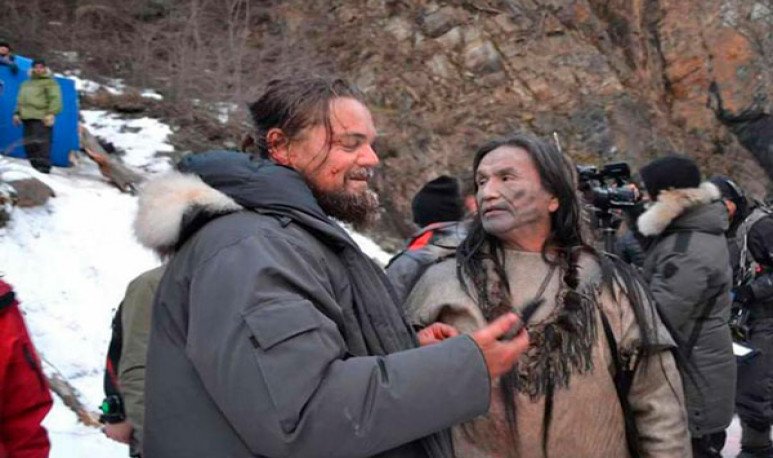 Leonardo DiCaprio's Oscar statuette for best actor was dodging  , but in 2016 the Academy finally gave him the award for his performance in the film The Renacido, which was filmed in part in   Ushuaia ,  Tierra del Fuego  . Will the southernmost city in the world have been the amulet?

El Renacido, directed by Mexican director  Alejandro Iñárritu , was filmed mostly in Canada, and also a bit in the United States. Alberta province in the west of Canada provided the most landscapes in the film, as scenes were recorded in Kananaskis Country, the Morley Indigenous Reserve and the Bow Valley. Also in Squamish, located in Canadian British Columbia.

After several months in Canada, the filming moved to the state of Montana in the United States, more precisely to Kootenai Falls, where the scene was filmed in which DiCaprio's character is carried through the waters of the river while trying to flee from the natives.

The times began to stretch, temperatures were rising and the snow began to melt, so the place was no longer suitable for recording what was coming. This was how the search to shoot the final scenes led the production to arrive in Ushuaia, where Leo DiCaprio spent two weeks.

On the banks of the Olivia River, the key scene of the film's end was filmed : the confrontation between Di Caprio (playing Hugh Glass) and Tom Hardy (playing John Fitzerald).

The film was a success , both for the box office and the critics, and the production won 12 Oscar nominations, including Best Actor for DiCaprio, who finally got the desire to win the statuette that was elusive for years.

Will it be  Ushuaia , the one who gave the actor good luck?

The Olivia River, whose curve near RN 3 was recorded the crucial scene, is born in the Sierra de Valdivieso and crosses the Carbajal Valley until reaching Monte Olivia and flowing into the  Beagle Canal .

The curve where the confrontation was recorded, after the filming of El Renacido became a tourist boom not only by Argentine visitors, who watched the film in order to recognize the Argentine landscape, but also by foreigners.

The success was such that from the Fueguino Institute of Tourism they decided to facilitate access  to the place and take advantage of the growing interest in that landscape that, beyond the filming of the film, is still imposing.

Ushuaia is not just the curve of the river

Beyond film success, it goes without saying that Ushuaia is a tourist destination that everyone should go to at least once in his or her life.

Among glaciers and millennial forests, the “End of the World”, the “Beginning of Everything”, has a wide offer for its visitors, ranging from the Martial Glacier -just seven kilometers from the city - to the prison where the most fearsome criminals in Argentina were housed.

While in the surroundings of the capital of Tierra del Fuego the offer is varied for hiking -such as the Martial Glacier - or to see different points of interest such as Saint Cristopher, a boat stranded on the Beagle Canal, the Paseo de los Pioneros Antarctica or the Bahía Encerrada Urban Nature Reserve, in the city center is all prepared to get to know the Fueguina culture and gastronomy firsthand.

Definitely, being part of the filming in the film that DiCaprio finally got the Oscar for Best Actor, is a plus, but Ushuaia, by itself, invites national and foreign tourism to visit it and enjoy the landscapes, food and its history.

Bañado La Estrella, an adventure for all the senses