The cathedral of Nuestra Señora del Valle, in Catamarca, marvels visitors with its architecture.

It is known that religious iconography has a high value for the faithful, but sometimes it also has a great value for the history of where it comes from and, therefore, for tourism. One of the attractions of the beautiful city of  Catamarca  is the  cathedral of Nuestra Señora del Valle,  who is the patron saint of the city.

This wonderful temple is the most important in the province. It has a  neoclassical style  and was made between 1859 and 1875 by the architect Luis Caravatti. To build it, even Justo José de Urquiza himself donated money, as well as many followers of the virgin who collaborated with the same purpose.

The  cathedral  has a great attraction not only for the faithful, but also for tourism in general, as it is a real architectural gem, whose façade has a large atrium that moves towards the sidewalk and is accompanied by two towers reaching almost forty meters in height.

Our
Lady of Our Lady of the Catamarca Valley  is also known as the  Virgin Morena,  because of the tone of her face, something atypical for the time she was enthroned. She received the honorable title of  National Patroness of Tourism  on March 20, 1974, during the third presidency of Juan Domingo Perón. In addition, she is the patron saint of the entire region of Northwest Argentina. She is revered by thousands of believers who marvel at her miracles and apparitions. 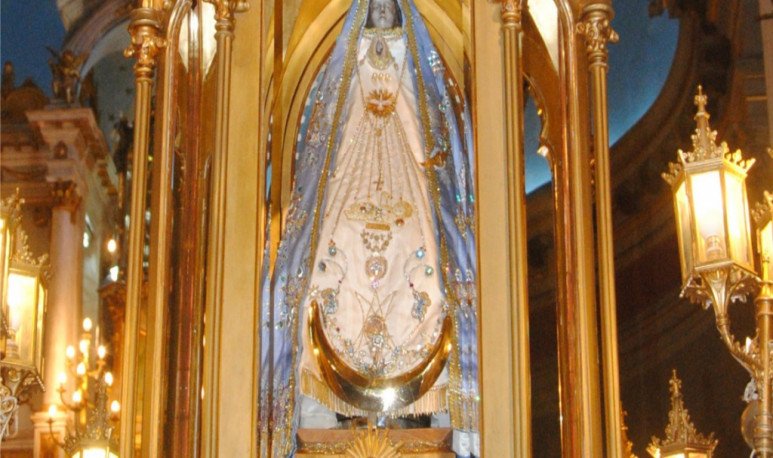