Home Travel The Seismiles Route: when what matters is the way

In Catamarca, the Los Seismiles Route takes us on a tour between volcanoes. 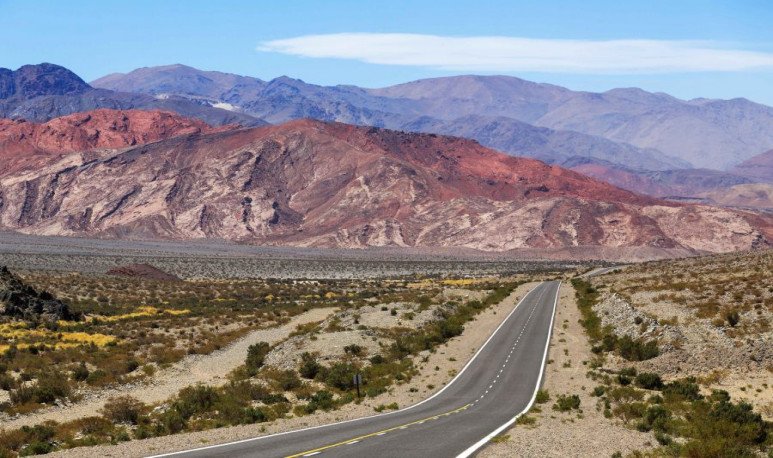 They say the road is more important than destiny. In some cases, that's literal. In  Argentina  we have many routes that are worth knowing:   Catamarca   invites us to travel the  Route de los Seismiles  , a path of almost 200 km that starts in the northwest of the province and ends at Paso San. Francisco, on the border with Chile.
Traveling this stretch of 197 paved kilometers of the RN60, you can see  19 volcanoes over 6 thousand meters high , with countless peaks, reddish and turquoise  lagoons ,  hot springs and scarce vegetation. You can travel by your own car or hire an excursion with a guide.
Some of the  volcanoes  that can be seen on the circuit are the Inca Huasi volcano, 6640 meters, which is the first of  Los Seismiles  ; the Pissisque, which reaches 6882 meters; and the Ojo del Salado which, with its 6864 meters, is  the highest active volcano in the world  .
In addition, along the way we find the  salt flats  of the Laguna Negra and del Hombre Muerto and with the Laguna del Peinado and Laguna Verde, where the turquoise waters combine with the beautiful spectacle of the pink herons.It
is worth knowing, also, the  Baths of Fiambala , located 12 km from the city of the same name, where you can enjoy adventure tourism, handicrafts and monuments offered by the city.  The Seismiles Route  ends, as we said, at the  San Francisco International Pass  .
For those who love car trips, the  Route de los Seismiles  is a must-see in the province of  Catamarca  .

The 7 Keys to Prevent Accidents in the Mountain

Did you know that camping is good for your health?

Argentine tourists: one day of hospitalization in the region can cost up to 2,000 dollars