Home Travel The Cross of the Andes, after the footprint of San Martín — III

The Cross of the Andes, after the footprint of San Martín — III

Performing this journey is highly recommended. You live in an environment where the things you thought important stop being important at all. It's an experience you'll never forget. 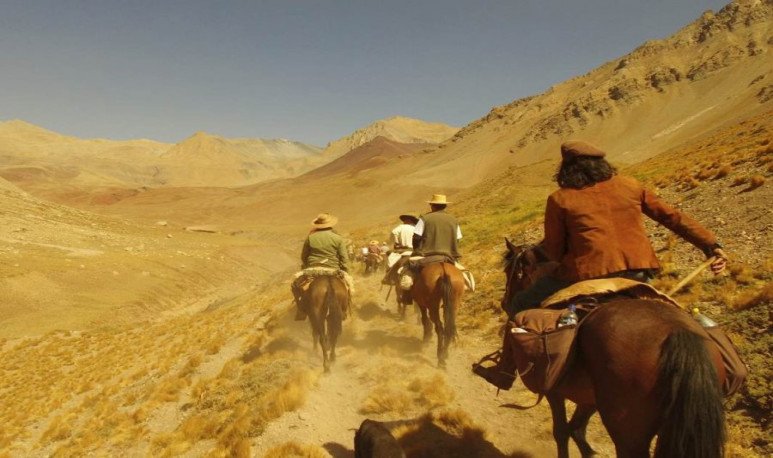 For many, surely,  crossing the Andes  on horseback may not be the idea of a relaxing holiday, but it is certainly the perfect adventure. Before embarking on his historic expedition, Saint Martin wrote in a letter to a friend:  “What prevents me from sleeping is not the ability of the opposition to become my enemies, but to cross these immense mountains.”   A lance that so epic caused the desired effect, liberate Chile and from there Alto Peru.

The sun woke up over a blue  mountain range sky , I  left the shelter, after having breakfast with the rest of my companions, I took several steps to a little busy place. There I put a knee on the ground, while with my hands stroking the stones in an attempt to have them tell me their story.

I raised my sight and a  condor  planned with that extraordinary ability to use drafts without too much energy expenditure. I looked around as I remembered the walk, an amazing scenery, hanging glaciers, snow-capped peaks, melting streams, a clear and pristine sky.

With the horses ready, we started the way to the border pillar. The cold morning mutated by a pleasant heat. The thermal amplitude is marked, that makes survival here hard. In fact, the Refuge Real de la Cruz is only open in summer as winter is impossible to live here.

While the horses with that tiring step travel meters, I remember the 1972 plane crash, where the survivors, members of a Uruguayan rugby team, resisted 72 days. I imagine the goat shepherd finding them in one of these valleys where the river weaves its channel through fluffy and luminous green yareta plants.

The thick air indicates that we are reaching the limit of the high peaks. Around the mountains look indomitable, they stretch where I look. To the north is Tupungato volcano. The frozen mole of 6550 meters scours above neighboring massifs such as San Juan or Alto, the Tupungatito and the Black or Pavilion. It feels surreal to be so high, looking at the shadows that some clouds cast, adding more depth to the rich spectrum of colors you can see there. Images and emotions are welded to the prefrontal cortex and there they will stay forever. 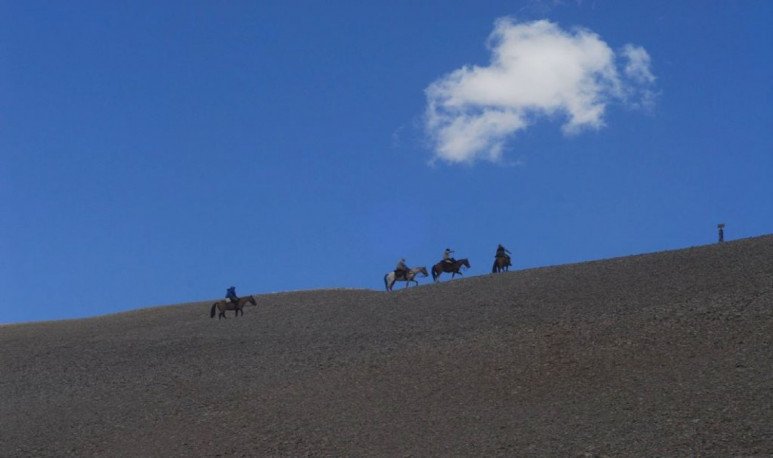 We arrived at that metal structure that indicates the border with the Trans-Andean country. Everything is still, as in a painting, we are the cast actors of that play. There are no indications to know in which year the border pillar was placed, the truth is that some rocks with Jurassic marine fossils teach us that age does not matter. Charles Darwin, in 1835, crossed this step, and wrote in his book, The Origin of Species, “ Who can avoid marveling at the force that raised these mountains, and even more by thinking about the countless ages required to break, remove and level them?  ”

So, we accomplish the ceremonies of rigor, like the typical climbing on the iron tower, to play the poster on its top where it is read from one side Argentina and on the other Chile. 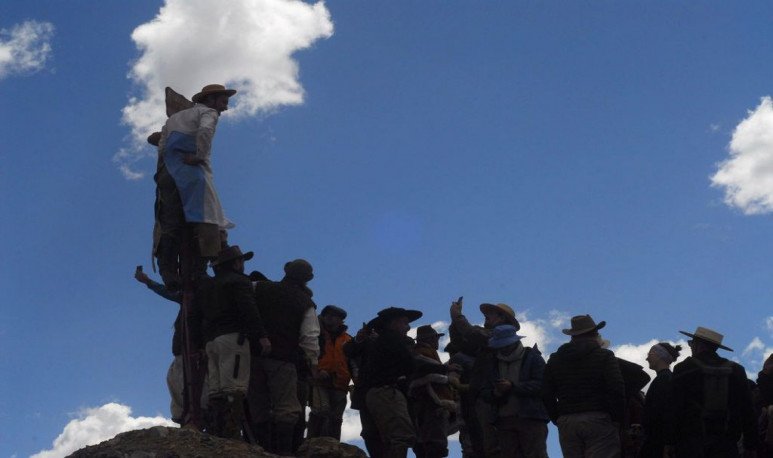 We were there, enjoying the classic  bites  that our vaquean prepared with care and we saw a group of Chileans on foot, walking from another side of the top, who came to summit. In that place we are only human beings without nationality. Someone started to move the guitar strings and suddenly a cueca came out of the instrument, while we started dancing it with the newcomers. At the end of those chords, and hoping that the guitarist's fingers would weave another theme, I thanked God and the  Pachamama  for giving me this gift.

We sing traditional songs in honor of  San Martin , O'Higgins, their Grenadiers on Horseback, the Army of the Andes, and of course, we sing the national hymns of the two countries. A moment of a lot of emotion and sensitivity, which did not allow to refine enough, the height also made its effect, the musical notes came out as they could, accompanied by the tears of the expeditioners.

When we returned in the afternoon, we all knew that the  stream  that we crossed on the way, was going to be grown because, due to the effect of thaw, its waters rise in the afternoon hours. The winners before wading it told us some practical tips to pass the test. Again  confidence  in horses was essential to traverse it. 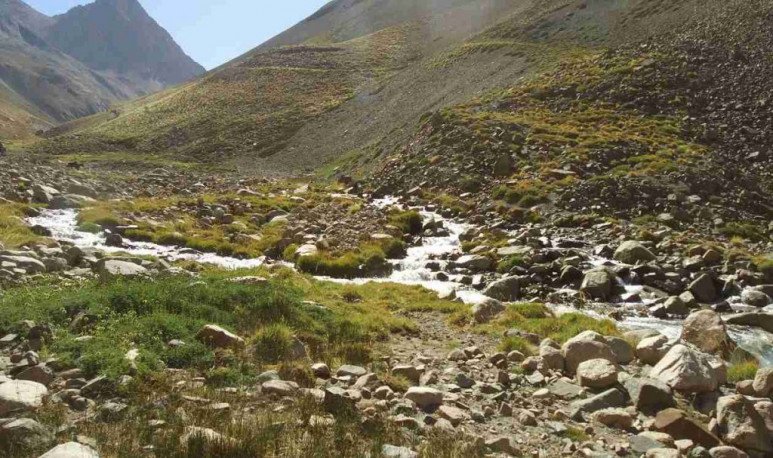 In the afternoon, we arrived at the Refuge I took a recovery bath, with water heated by a wood heater, regained energy and, among all, we witnessed the act of discovery of the platelet in commemoration of the donation of the 4000  ponchos  that the government of Cordoba, the church and the Cordovan people, handed over to the army of the Andes more than 200 years ago. A moment of great excitement for the allusive words of the presidents of the Batuque Association, and the NGO 4000 Ponchos.

Then in the large room with windows of the shelter, we have dinner to quickly improvise a  rock  with guitars, piano and bass drum. Rest for the next day, resume the return. The evening was gradually dressed at night. On the table, a notebook, pen and camera realized what was lived.

To find the way out!

Are you planning to travel Jujuy? We tell you how to move and get to know the city

How to get around in Tucumán, the smallest province in Argentina

Where is the largest thermal park in South America?

Wishing for a summer?