Home Travel The blessing of the land of Pampeana

Argentina is rich for its land. The Pampeana region is a vast plain: one of the most fertile lands in the world. 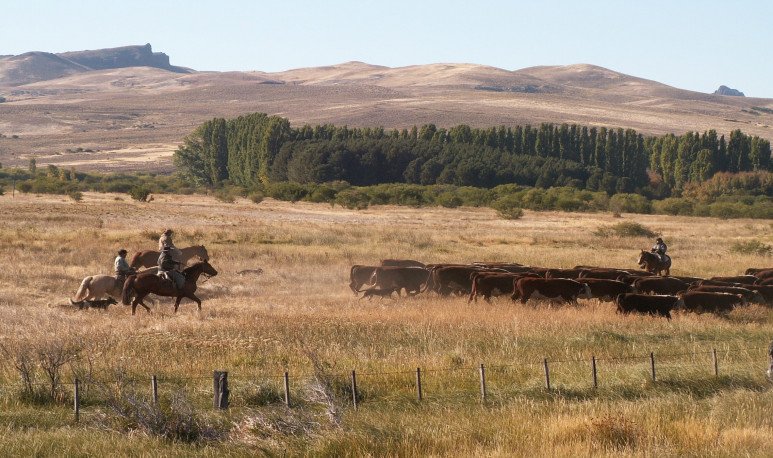 Argentina is rich for its  land  and famous for its kilometers and kilometers of continuous terrain, a feature not found in many places. The  Pampeana region  is the main owner of that territory, a vast  plain  with undulations - one of the most  fertile  lands in the world.

Conformed by the provinces of  Buenos Aires  , Entre Ríos, Santa Fe,   C& oacute; rdoba  , La Pampa and  San Luis , bordered to the north by the Mesopotamic region and the Chaco plain (the provinces of Corrientes, Chaco and Santiago del Estero); to the west, with the pampean mountains and the Cuyo region (Catamarca, La Rioja, San Luis and Mendoza); to the south, with the extra Andean Patagonia (Neuquen and Rio Negro); and to the east, with the Atlantic Ocean and the Rio de la Plata. Its relief has two mountain systems: the Sierras de Tandilia, which extend from Mar del Plata to the stream Las Flores, and the Sierras de Ventana, which go from the Guaminí lagoon towards the Atlantic coast.

The  Pampeana region  is the most important from an economic point of view, since its benign and temperate climate promotes fertile soil that transforms it into an  agricultural and livestock area  par excellence. The average annual temperature is 17 degrees and rains vary by area. In the dry Pampa (formed by the southwest of Buenos Aires, center of La Pampa and south of San Luis) rains reach 400 millimeters annually which leads to a stony and sandy soil where hard pastures grow. In the humid Pampa (formed by the Litoral region and the northeastern part of Buenos Aires) annual rains average 1000 millimeters.

These favorable conditions for the livestock and agricultural industry seduced immigrant flows in the period from the beginning of the First World War until the end of World War II. At that time the Pampas plain was sparsely inhabited and eager for labor. Subsequently, the industrialization experienced in the region attracted a large number of villagers (both local and immigrants) looking for work. Today, it is the area that concentrates most of the country's total population.

Most of its extensive area is made up of meadows, with sectors of savannah and steppe. Being mostly a  plain  without trees, cereals and oilseeds grow in it. The  agricultural  economy is based on the cultivation of wheat, corn, flax, oats, barley, rye, sunflower and soy, in addition to the exploitation of potato. As for  livestock activity, cattle and sheep are reared.

Not only animal husbandry and grain harvesting are activities that enjoy the benevolence of the Pampas climate. Activities derived from livestock production such as drums, refrigerators and tanners, are also part of the regional economy. The most important dairy basins are located in this area with the province of Santa Fe at the head of the production of litres of milk, followed by Buenos Aires and third Córdoba.

If at some point in history Argentina was known as  “the barn of the world” , that mote undoubtedly owe it to our beloved  Pampeana region .