The capital of the province of Santiago del Estero retains a religious heritage that deserves to be visited. 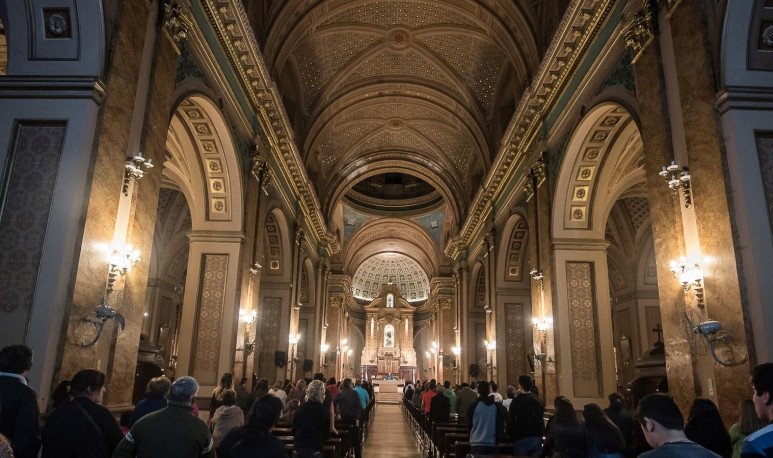 Santiago del Estero  is the first city to be founded in Argentina, so it is known as the Mother of Cities. In an expedition that departed from Alto Peru, Juan Núñez de Prado founded it on June 24, 1550 under the name of El Barco. The idea was to honor his hometown in Spain, El Barco de Ávila. The Spanish conqueror moved it twice in three years. Later, Francisco de Aguirre came from Chile, moved to a new location, along with settlers he himself brought from Chile. Thus, he founded a fourth city, but with another name: Santiago (by the Apostle Santiago) of the Estero (because it is located next to a lagoon near the river Dulce) on December 23, 1553.

This past places it with a rich historical heritage and many places of tourist interest to visit. Those who visit the city of Santiago del Estero will find museums, cultural centers, an extensive waterfront on the river Dulce, all full of wonderful rest areas. And, of course, everything under the sweet sound of chacarera that can be sung and danced in squares, peñas and patios.

Along with the privilege of being the first Argentine city, the city has the pride of having the first Cathedral in the country, giving a special framework to the religious tourist circuit offered by the capital of Santiago.

Its history was born in 1565, when the first temple was erected five years later, it was erected as Cathedral. As happens in many cities in our country, flimsy constructions suffered damage over time. In the case of this temple, punctually, at least five were rebuilt. The current temple was blessed in 1877, it is neoclassical in style with Corinthian columns and capitals. Inside it preserves important relics and imagery, which is why it has been declared a National Historical Monument.

This Franciscan temple was also rebuilt four times, all on the current site, there is venerated an image of San Francisco Solano, considered the first to be made of the Saint in Lima, after its canonization in 1726. There is a museum that houses religious art from the 17th, 18th and 19th centuries, as well as a relic of the skull of San Francisco Solano.

The city of Santiago del Estero is one of the two places in the world where you will find one with a copy of the Shroud of Turin. It is one of the oldest and most faithful copies of the Sindone, the venerated canvas in Turin which, according to tradition, shrouded the body of Christ after his death on the cross.

This relic from Santiago is the result of the tradition, started around 1500, of reproducing the Syndone for the purposes of veneration in convents, churches and monasteries. These copies were executed by artists, and in many cases they were contacted with the original Canvas to sanctify them, which is the origin of the belief in the miraculous translation of the image.

The circuit is completed with other temples such as La Merced Church, La Montonera Chapel, Bethlehem Convent, Chapel of the Eucharistic Heart of Jesus and Antioquia Orthodox Church.

Things to Do in Necochea