Arroyo Leyes is one of the beautiful Santafesino coastal towns. It is characterized by its popular festivals, its fairs and diversity in lodging cabins. 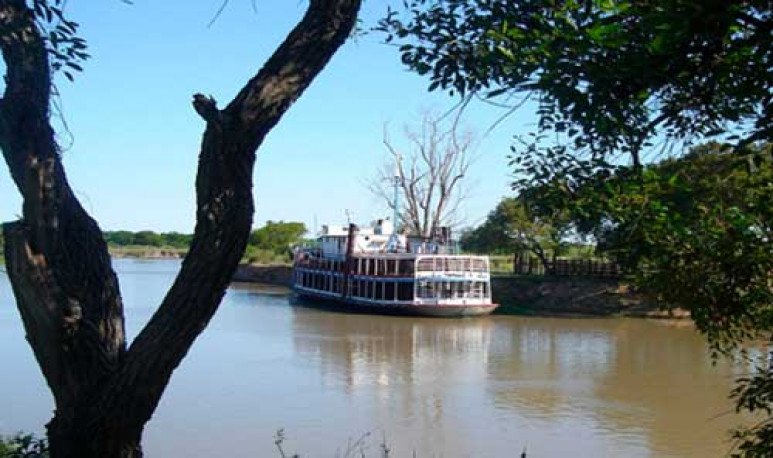 20 kilometers from Santa Fe Capital, Arroyo Leyes emerges at the edge of RP 1. From south to  north , as soon as you pass the traditional iron bridge that indicates, the town appears as submerged in the striking postcards of the coastal region. Simple and with the serene spirit of the Litoral peoples, its urban landscape is discovered through wide tree-lined streets that allow you to  admire the low houses, public buildings, the old Church and all the customs  rooted in the community.

Surrounded by stunning nature, Arroyo Leyes is an ideal destination for those seeking  direct contact with the local beauty of the region . Lagoons, rivers and streams provide the necessary moisture to these postcards to make them lush and bright green that accompanies visitors everywhere and invites them to enjoy sport  fishing  . In the numerous lagoons and tributary streams of the imposing Paraná River, gilded, patís, armed, popcorn, stripes, yellow catfish, bogas and surubís usually appear.

Given this scenario,  one of the forts of Arroyo Leyes is presented: its offer of accommodation in cabins.In the surrounding area and in the same village you can find several complexes that provide all the necessary services for the visitor to enjoy the outdoors to the fullest .  It also has a campsite on the banks of the creek of the same name, which is just a short distance from the town centre.

But, apart from this wealth of accommodation for those who love fishing or  rest on the river , Leyes is characterized by its beautiful and varied festivals.

Culture and art on the coast of the coast

Two folk festivals bring together families from Arroyo Leyes , the province and other latitudes in the first months of the year. It is the Folklore Festival Teófilo Madrejón and the Festival of  Chamamé , Sapucay and Canto Costero. Both events are characterized by the number of people who come to listen to the traditional rhythms of our country . Food can be brought from home, or collaborate with the organization of the Festivals by approaching the law firms  that set up on the side of the stage. In addition to renowned Argentine folklorists, regional and local groups extend the party during the evenings, culminating in pure dancing. Usually when the sun starts to rise, dancers start to raise the dust.

But not everything is folklore in Arroyo Leyes. The year starts with an important meeting of teenagers on the beach. With a massive call the Festival of the Arena starts in the morning, when young and teenagers begin to arrive at the communal camping. they bring ice cream, umbrellas and sun loungers, to enjoy the facilities offered by the property, and honor the Sun King enjoying the sand and the waters of the creek Ubajay. A conveniently stocked canteen allows them to quench thirst and quench the heat, at convenient prices.

Two other events have been added in recent years: the Guaraní Der Festival, which  brings together indie, rock and pop musicians . It usually takes place in February. The other, the worthy of recognition Festival Son Horas Sororas. It is an initiative created by feminist collectives. It is November, on a day  when violence against women is repudiated.

Finally, this town also celebrates  poetry . Poets from all over the country participate in the Arroyo Leyes Poetry Festival, organized by the micro publishing house Ediciones Arroyo.