The triptych of imagination was designed to encourage children's creativity. We show you the original proposals it offers. 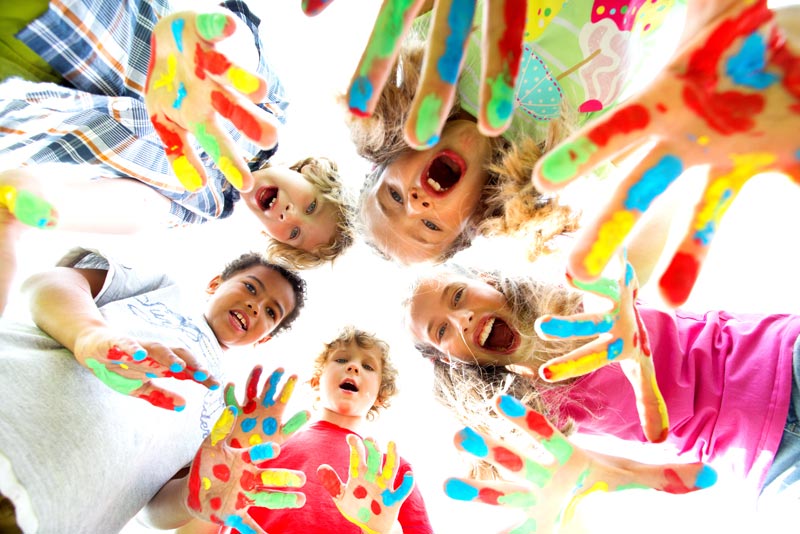 El Molino, La Redonda and Esquina Encendida are three emblematic buildings of Santa Fe, which were refunctionalized to offer multiple recreational and recreational options for the whole family . Especially for children. The administration of the spaces is the responsibility of the Ministry of Culture of the Province of Santa Fe and, although they are designed with the logic of childhood, they can be enjoyed by people of all ages. When on a Saturday, Sunday or holiday in the afternoon you no longer know what to do with the kids at home, this triple variant of the city of Santa Fe solves the life.

In what is today one of the most central areas of the city, the corner of Boulevard Gálvez and Pedro Vittori, stands the old Franchino Mill. It operated from the last years of the 19th century until, with the death of the train system and other economic reasons, it closed its doors definitively in 1990. Two decades it remained abandoned until the provincial government decided to turn it into the Cultural Factory, as a kick of the triad we talked about in this note. The Round was a huge locomotive workshop. Also abandoned since the 90s, with its traditional semicircular shape and exposed bricks, was a symbol of the decline of the railway system. Inserted in the huge grounds of the Park Federal, today is an indispensable space in the culture of the city. The walks weekend in this large park always offer the possibility to spend a time to have fun in La Redonda. The Esquina Encendida was the third of these spaces to be recovered. Already in the north of the city, the crossing of Facundo Zuviría and Estanislao avenues Zeballos had this place where, once, sports were practiced in the university level. What the government did there was to give him a sense of appropriation of public space by citizens. It was built a modern swimming pool and workshops and multiple classes are provided disciplines. The plus of the corner is to be a training space, including with labor - oriented proposals. Games of ingenuity, reading rings, painting ateliers, pottery, various crafts, bakery production and endless games are rotating constantly in these three spaces. You go in with the boys, an afternoon with the mate at the Redonda after the park or the Mill while you walk down the boulevard, and I guarantee you can get to go out at night. The kids, happy and ago