This castle is a real architectural and decorative pearl. Meet him inside Santa Fe. 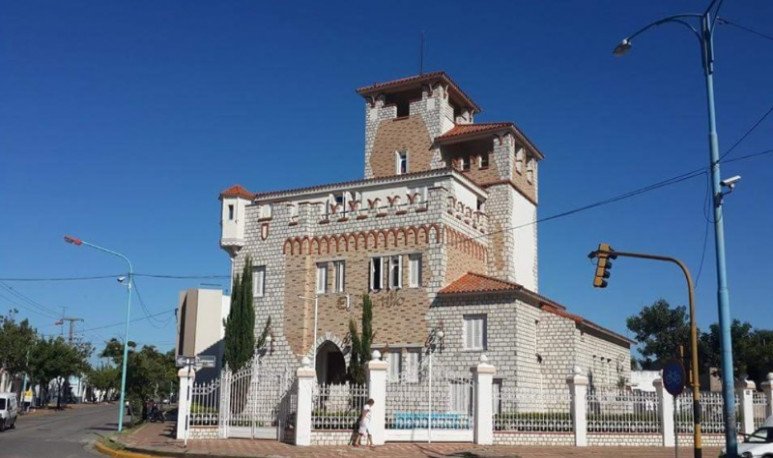 Among the most particular buildings that Rafaela has, the Foti Castle stands out above the rest and is one of the oldest.   By its location (Bv. Ernesto Salva and Bv. Lehmann), in its beginnings, was used as a reference for the residents of the region who were approaching the city.

This castle was built in 1952 by José Foti,  an Italian who in his native country learned the technique for the manufacture of gunpowder, but did not have the necessary tools to carry the production forward.   Finally, installed in Rafaela, he came to build an important powder for the manufacture of high explosives.

Under the dream of building a castle related to his homeland, Foti was associated with Luis José Ferpozzi, owner of the then only Rafaelina marble shop.   In the early 1950s, the chimera del tano began to materialize.

By 1952, Ferpozzi had finally shaped Foti's commission, concluding with the plans of the castle. The unique house was built at the above-mentioned intersection, not far from where the gunpowder manufacturing was located. The building was organized parallel to the ochava line, so its oblique arrangement made it even more highlighted in the orthogonality of the plot of a city that began to find one of its boundaries there.

The work was made with stone brought especially from Cordoba, glassware and lighting were imported from Italy  and a Buenos Aires painter was summoned to make the ceiling of the living room simulate the sky.

It was those years in which the Lehmann boulevard was drawn with the cobblestones . Times when Foti occurred to erect the most particular and at the same time traditional Rafaela building.

Foti Castle was inaugurated on Christmas in 1956. Its location was one of the limits of the city in terms of inhabited areas, since there were almost no buildings to the north. Among its countless details was  a beautiful marble stove  that Foti had bought nothing less than the Jockey Club in Buenos Aires.

It had basement, ground floor where were living room, dining room, desk, bedroom, kitchen and garage. On the upper floor the rest of the bedrooms were arranged, then continuing with a service floor, to top up on a higher level with  an important viewpoint .

Among the elements of comfort, it should be noted that it was  the first house in Rafaela to have a hot-cold equipment,  and its owner, music lover, endowed it with an important sound equipment, with which from the terrace of his castle musicalized the neighborhoods of Boulevard Lehmann. No less care was put on the interior decoration. The     curtainers were commissioned to    the famous Los Gobelinos store    in Buenos Aires City    . For his part  , the painter Cayetano Flores was entrusted with painting the ceilings, where Bacchanal de Venus stands out in the main room.

The  blacksmith works  corresponded to the Centenario signature of the succession of J. Aprile, who performed a delicate work on bars and railings. The work had a covered area of 592 m2 and its cost amounted to 830,000 pesos at that time. Until 1994 the castle was occupied by the owner's family, and then to have different uses.

The years passed... That's where the family passed, and even a dancing bowling worked. In the nineties it was put for sale...   the family was discouraged from the property ...

With a few years of silence, several owners passed until an idea came up for commercial and tourist purposes. Works were made to adapt it to his new function, although they did not alter its original image and the permanence in the urban memory that continues to identify it as Foti Castle.

Today, the building  serves as an ideal scheme for the hotel  that takes its name and uses every corner as a particular room, even the main tower, where passengers are also accommodated.

The castle, full of legends continues to guard Rafaela from the north.

The transformations of historic spaces in cities into cultural spaces or hotels  often help to preserve structures that could otherwise be lost . This is the case of Foti Castle, which you can visit in Rafaela, Santa Fe.

The city of Rafaela turns 108

The 4 most amazing routes in Argentina

Helvecia: tombs and history in an exciting circuit

Bahía Blanca: a walk for people with hearing loss

Teatro Argentino de La Plata: a theater for all audiences, but really