Home Travel Santa Fe The school where the Pope lived

In the second chapter of the walk through the Jesuit Apple of Santa Fe, we know the College of the Immaculate Conception, where Pope Francis lived. 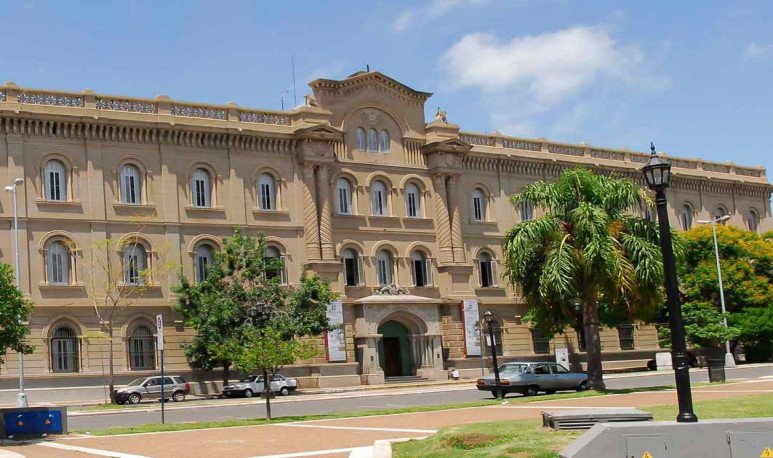 Upon entering through the front door of the  College of the Immaculate Conception , the lobby receives the visitor with a permanent exhibition that testifies to  the years when Pope Francis was a teacher  there as part of his priestly formation. Photos, letters and testimonies focused on anecdotes make up the exhibition. Through the south door of the hall, you access the staircase leading to the second floor, where a classroom holds the plaque that identifies it as  the “bedroom of Pope Francis” , at that time, the master  Jorge Bergoglio . 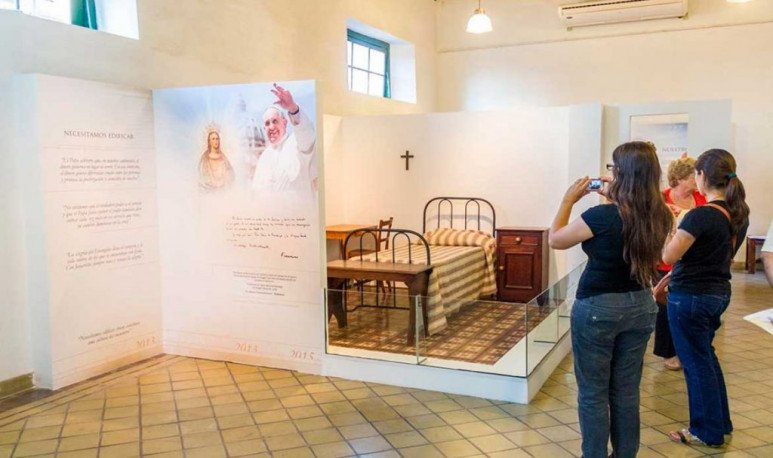 On the same floor, there is the old  library , with countless copies of varied antiquity and recent publications, which can be consulted not only by current school students, but also by public in General.

Climbing to the third floor, the visit to the Observatory surprises by the careful choice, classification and display  of elements dating back several centuries , including original publications, armaments belonging to the Order, clothing and a collection of images from the 19th century. There are several “inventions” made in laboratories and workshops. It should be remembered that, in times when not the whole city had electric light, a generator was manufactured at the College, therefore, it was never lacking.

In 1882, the  observatory  was organized and activities began to be developed in it. Therefore, it is the heritage of all the specific material related to the subject. Currently, with the valuable collaboration of the  CODE  (Space Observer Centre), it has been launched for those visiting the Museum where the primitive is preserved observatory (its walls with the original decoration), an interactive exhibition, which includes screening of documentaries and guided observation of the space.

La Manzana, completely occupied by the School, houses independent facilities, although connected to each other, for the three educational levels: the initial, with access from Calle 25 de Mayo; the primary, with access from Calle General López; and the secondary level, with access through the main door from street  Saint Martin . In all of them they have laboratory, plastic rooms, music. Also a domestic chapel, dining room, canteen and courtyards, thus accompanying academic development in the classrooms. As for sports, they take place in the second Jesuit block, separated from that of the College by 25 de Mayo Street, where the Ateneo is located, with 3 pools, covered and uncovered; multipurpose sports playon; basketball court; hockey court; futsal and gym. Within this space there are two buildings  for accommodation for visitors and students  from other cities and for attendees to spiritual retreats. In addition, the School has, on the edge of the Salado River, a large and well-equipped sports field.