The tourist corridor on the coast of Santa offers a range of wonderful places to spend family holidays. 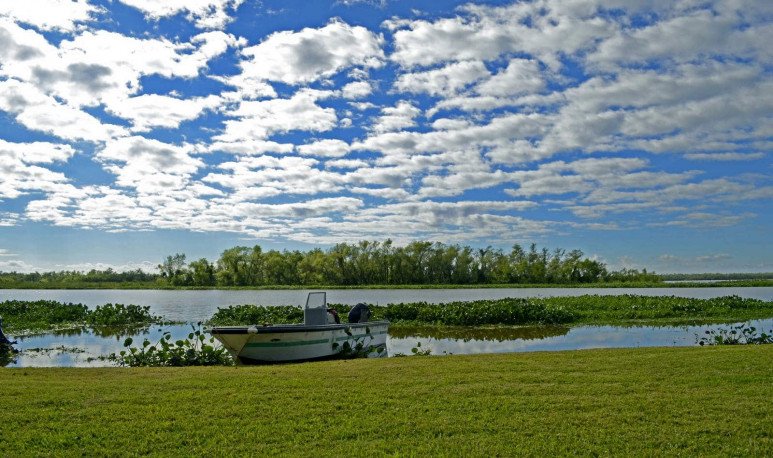 The province of Santa Fe has, on its coast with the  Parana River , perfect destinations to spend wonderful holidays enjoying rest and recreation. The tourist offer crosses attractions ranging from the tranquility of the plains to ravines and enigmatic waterfalls perfect for adventure. The beauty of its landscapes, flora and fauna can be observed with photographic safaris, horseback riding or walks through the nature reserves that complement rest in spas, cabins and complexes in the area, or during fishing trips guided by experts.

The  Islas de Santa Fe National Park , with its lush vegetation and various species of animals such as capybaras, otters and alligators, invites you to take amazing nautical excursions. The corridor also has a great historical wealth, as there have been conflicts between Spaniards and Portuguese, founding experiences, Jesuit missions and liberation events.

The natural beauty of the region, with the islands, streams and lagoons that form the San Javier and Parana rivers, make  Romang  an ideal place for fishing, water sports, hiking or photographic safaris. To get to know the city, it is best to take a bike tour where you can walk quietly along the paved roads and natural roads with little traffic, through which the traveler with trees and fields can access beautiful natural surroundings by the river.  Camping Municipal Brisol  has a public exit of boats, playgrounds, sports areas and other services.

The foundation of San Javier dates back to the middle of the 18th century, when the Jesuits built there the first reduction of San Javier de los Indios Mocovies. With the expulsion of the Order of Pope Francis, the Mercedarian and Franciscans priests extended the work of evangelization. From the 19th century, heterogeneous migratory flows provided the region with the miscellany of cultures that characterize it until today. Among the popular festivities are the nautical procession of San Francisco Xavier,  the Coster Tourism Festival , the Carnivals and the  Provincial Youth Festival . During a tour of the historic center, you can admire old buildings of great historical and cultural value. The visitor will also learn about the history of the last Aboriginal uprising in the country (1904), known as the  last Malon of the Mocovy Indians .

The  Museum of Parish History  exhibits precious testimonies of the missionary cycle and subsequent immigration, including duplicates of Father Florian Paucke's drawings, which allows the tourist to immerse himself in the tradition and culture of missions. The parish of San Francisco Xavier is located in the same place where it was built at the end of the 19th century with the help of the first settlers. The beautiful and serene coastal town is ideal for visitors who want to enjoy nature.

Pedro Candioti  is another large green area with grills and a playground.  San Francisco Javier  has riverside cottages, as well as world-class hotel complexes. Activities can be carried out in the company of specialized guides such as boat trips, water sports or sport fishing in a unique labyrinthine landscape formed by islands and streams. 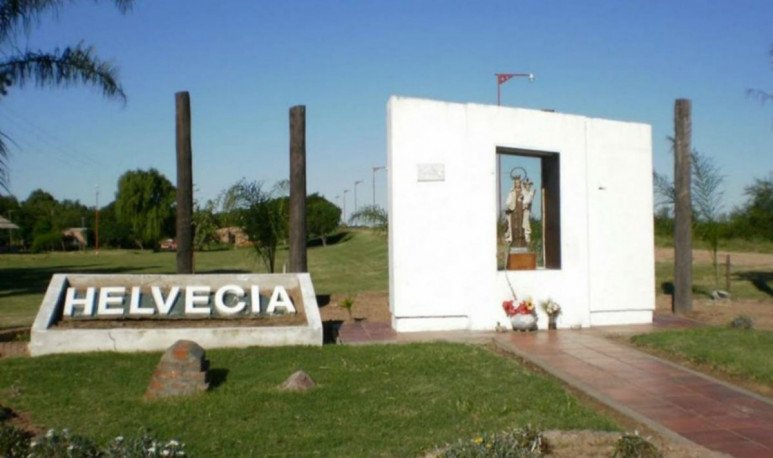 Helvecia  was founded between 1864 and 1865 by Swiss immigrants from the Esperanza colony. It is a serene coastal village that many families choose to spend their summer holidays. There are cottage complexes with swimming pools, playgrounds, playgrounds and large areas for sunbathing or circular on the banks of the San Javier River. The green areas such as  Ubajay Park , the public squares and areas, the centuries-old buildings and the pedestrian walkway on the coast that surrounds the urban area are suggestions for getting to know the destination that is attached to the coast and island zone. In addition, tourists enjoy homemade pastries and sweets, local crafts, folk festivals, the anniversary of the foundation and carnival. The National Yellow Catfish Fishing Festival is also held here.

Cayasta  has a unique charm for lovers of archaeological tourism and those interested in history: the  Archaeological Park of Ruins of Santa Fe la Vieja , a national historical monument. It legitimizes the first foundation of Santa Fe, made by Juan de Garay in 1573. The first villa was moved in 1660 to its current site and the area was abandoned for centuries. In the middle of the last century archaeological excavations began that allowed to recover an exceptional set of architectural structures and fragments that show the life of the inhabitants since the end of the 16th century and the first half of the 17th century. Here you can visit  the Argentine Founding Museum , the Church of San Francisco and the  House of Vera Muxica , which allows visitors to experience the daily life of  Santa Fe la Vieja.

Another interesting place in the city of Cayastá is the Plaza San Martín, in front of which is the  Church of the Nativity of the Virgin , which opened in 1900. In addition, in a building from the end of the 19th century, where once was a grocery store, today you can visit the  Museum of Remembrance , with things from the daily life of immigrants who lived in the city. The San Javier River and its island area are excellent for sport fishing, observations, excursions and nautical activities. It is possible to stay in cottages, inns, hotels, hostels and campsites.

Santa Rosa de Calchines  is a huge border of land surrounded by water, almost a giant islet between the Paraná River and the Salado Baths. Originally inhabited by indigenous peoples, its name is due to the ethnic group of Calchines, cited by Juan de Garay, the founder of Santa Fe. In the middle of the nineteenth century, the Franciscans began to build a temple there, today a provincial historical monument, which was a reference for progress on the borders of that nineteenth century and today is among the visits necessary to know the history of the place. Other places to visit are the French-style Plaza San Martín, as well as the rural chapel of San Antonio, built in 1902. In addition to the Aníbal Bergallo Historical Museum. The wild landscape has changed very little over the years: you can visit the community spa on the banks of the Calchines Basin, the La Islita Natural Park, also on the banks of the river. And Los Zapallos, a place on the Leyes River, with an environment that invites you to do outdoor activities and discover the islands that make up the river flow system of the Paraná River. There are options of accommodation in hotels, cottages and alternatives for those who want to do rural and holiday tourism.

San José del Rincón  is one of the oldest villages in the province of Santa Fe. Its tradition is embodied in sandy streets with ancient dwellings where history seems to have stopped in time, and in folk and popular expressions. Nature is also active, in tourist recreation areas such as the beach, camping, the promenade and the descent of boats that stimulate links with the river and the island, in addition to its flora and fauna that give life to the genuine coastal landscape.

In 1813 the historic  Battle of San Lorenzo took place, where General José de San Martín and his grenadiers began the feat of Argentine liberation. Visitors will be transported to other times by visiting the historical museum of the Convent of San Carlos, following the history of San Martiniano's life in the museum of Sanmartiniano, the historical facts of the beginnings of Argentina through the visit of the museum of historical trees and discover the old Convent of San Lorenzo that can be appreciated in the museum of regional history, with beautiful walks on the banks of the Paraná River. Located at kilometer 17 of the route that connects Rosario with the city of Santa Fe, in one of the most fertile areas of the country, the city of San Lorenzo is also a rich shopping center and one of the main industrial poles of Argentina. Its flourishing present is reflected in large cereal ports, oil and biodiesel factories and a large number of metallurgy SMEs and services for large industry.

With an area of more than four thousand hectares, the  Islas de Santa Fe National Park  was created in 2010 to protect the ecosystem of the flooded islands of the Paraná Delta. It is a group of eight islands covered by lush vegetation and inhabited by animals such as capybaras, otters and alligators. Access must be by boat from the nearest village, Puerto Gaboto (75 kilometers north of Rosario). As there is no tourist infrastructure, be sure to contact the park guard's office before your visit.