Santa Rosa de Calchines is known as the land of water and sun. A beautiful traditional party and a dream stay. 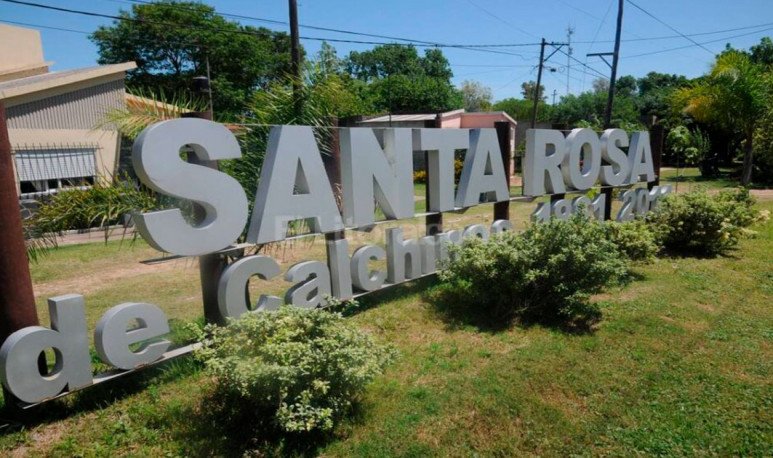 Privileged with a geography of  fertile meadows, streams and streams , Santa Rosa de Calchines is located in the tourist corridor of the Santafesina coast.  The land of water and so l, as it is known in the province, is within the  Garay department, separated by a short distance from the provincial capital. Natural, quiet and set by a pleasant warmth, it is inhabited by people who have managed to transform themselves into skilled fishermen and slaughtered land workers. So representative are  the islanders  of regional culture, that Santa Rosa  organizes a festival every year in her honor.

Santa Rosa is situated on the riverside albardón, on the banks of the riacho Calchines, on RP 1. It is  a captivating destination  for those families in big cities who want to  enjoy the tranquility  almost non-existent elsewhere.

Clean and tidy streets, humble hamlet, a central plaza full of color, cozy and comfortable cabins. Inserted in natural spaces, island landscapes, draw the face of the land of water and sun. But what is distinctive about this place is its  equidistant position just a 30-minute drive from both the capital of Santa Fe and the capital of Entre Ríos . This allows tourists to enter into the contrast between calm, green and rivers, and great cultural events, movida and gastronomy of urban centers.

On Sundays, the local Culture and Tourism Secretaries organise different activities on the beach.  Volleyball , players for the little ones and a  drink bar  are some of the proposals.

The  Islero Festival  is what we mentioned at the beginning. But there are also other important events in the town, such as the Rio Varied Fishing Competition, which attracts fishermen from the most diverse destinations.

Being a real paradise for fishermen and river lovers, the accommodation options in Santa Rosa are many. Cottages, bungalows and apart hotel are distributed as variants with their own characteristics. But  there is a place that stands out from the rest . It is a real gem, first class in services and  comfort . Estancia Santa Catalina is a tourist destination in itself.

The place is located on RP 1, approximately eight kilometers north of the town centre. Boasting its  architectural appearance of the early twentieth century, elegant and imposing.  La Estancia acquires its importance and recognition from the 1980s. For those years, it was the scene of two significant national films: “Death of the Count”, and “The Night of Crime”. The latter was jointly produced by Argentina Televisora Color (ATC), Canal 13 de Santa Fe and Canal 5 de Rosario.

A park surrounds the mansion, flanked by an old grove.  The place overflows with greens , in all its shades. Nature invades everything, with a very notorious grace. In this house,  the story is still alive, and it is breathed at every step.

During walks in the park, orchard and garden, you can admire turtles sunbathing at the river bank  or enjoy hummingbirds fluttering over papaya flowers. The elegant colonial constructions, set amidst lush nature, invite relaxation and well-being.

With that “guesthouse” style, the place  ensures every detail in a cozy and intimate atmosphere.  As a family, as a couple or in a group with friends, the santarroseños share their being Santafesino here on an unforgettable visit.