An emblematic building in the provincial capital, contains the history of an entire stage of Argentine education. San Martín General Normal School 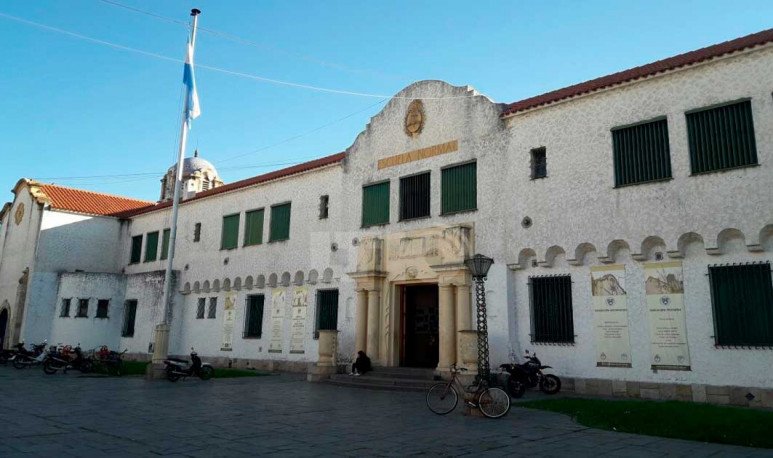 At the beginning of the last century , the importance of training  teachers  in order to eradicate illiteracy in the country was gaining strength in the provinces.; s of influential personalities in the capital city, to create a National Normal School.

In the absence of its own building, since its creation in 1906 , it operated with its primary and secondary levels , as a Joint Normal School in different rented premises, where the National College and the University also worked.

A decade later, there is the possibility of building on a land in the current site. But because it was far from the center and in what was considered a neighborhood of bad reputation at that time, this possibility was dismissed. With a change in the provinces government, the initiative is resumed, which echoes the national authorities, who decide to buy the land and finally,  in 1936, the building was inaugurated.

In 1950 and in commemoration of the centenary of the death of General  San Martín , the school was named after the procerer.

It occupies an entire block and imposes itself before the urban landscape with majesty. A very wide sidewalk joins a large open space, until you reach the low-rise staircase, which flows into the main entrance, with a huge double-leaf door.  Its façade, always white and well lit , shows the neocolonial style, with great baroque influence.

A school that adapted

Entering the lobby, the criterion of rationalist functionalism is already noticed.  Spacious galleries border the block inside and provide access  to the classrooms both on the ground floor and on the upper floor. In the center of the building, a covered auditorium occupies all the space and allows the development of important events, with total comfort. On both sides of it, two doors open to uncovered courtyards which are also accessed from the galleries.

Towards the back, the Normal School has  a covered gym of important dimensions.  It is intended for all the physical activity necessary in the formation of the various educational proposals. On  Monseñor Zaspe and Moreno streets  , manicured gardens are surrounded, to the North, the facilities of the Initial Level and to the South the House of the Director.

Today, the entire building is in perfect condition and full activity.  It has a wide range of education  covering all four levels of education. From the initial level, to the upper level, which arose when in 1969 the teacher training was raised to tertiary.

More than a centenary, the General San  Martín Normal School has been an educator of many generations, important personalities  of the political and social work of the city. Today it continues to be an establishment recognized and respected by the Santafesinos. In it they find an area of excellence for the training of children,  adolescents  and adults.