Home Travel Santa Fe The most chosen square by the Santafesinos 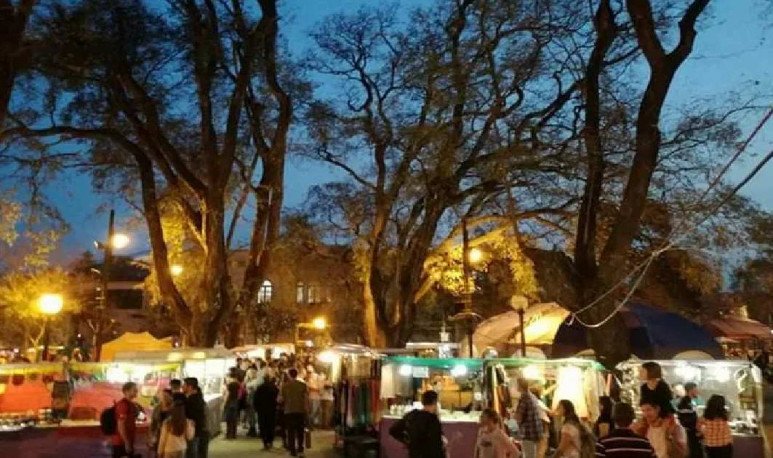 The central area of the city of  Santa Fe has several squares , all very busy. It is necessary, in every urban area, to have one square every certain amount of  apples  filled with cement. These green spaces constitute true open-air lungs where the family can enjoy moments of leisure, or athletes do physical activity. Thus, in the area commonly referred to as  “between boulevards”,  there is Plaza 25 de Mayo, Plaza Italia with the Legislature, San Martín, Constituents, Plaza  Malvinas  Argentinas, the Columbus with its dovecote, the Alberdi Park, the Plaza España and the one preferred by the Santafesinos: Plaza Pueyrredón.

The most chosen square

This wooded block is bounded by Boulevard Gálvez, Sarmiento, Balcarce and Alberdi. It's a busy area. At its southern end, the Candioti Sur neighborhood is born and, at its northern end, Candioti Norte. It is the part of Santa Fe where, in recent years, the  gastronomic boom broke out. The square has centuries-old tree species, which offer the necessary shade in its central sector.

It's jipona the Red Town.  The kids sit with the guitar , some armed and matte cigar or beer and spend long time on the lawn. The landscape is decorated by fountains and sculptures, the best known being the  Bacchus God , recently renovated.

Also, not so long ago, two play areas adapted to the current playful trend were inaugurated. The kids have a great time there.

In the south-west corner, on the opposite side, he opened  a craft  beer  bar  that breaks it. It's always full. So much that he managed with the Municipality to sell beer on the opposite side, on the sidewalk of the square. A hit. If anything could be missing from the town, it was craft beer.

And, if we talk about  handicrafts , here is  the busiest fair  in Santa Fe and the region. Two decades ago, the square is home to the Sun and Moon Fair, whose manufactures attract visitors from other locations.

If you are not from Santa Fe and one day you have to walk along our boulevard, be sure to meet  an icon of the city : Pueyrredón Square.