We tell you where to find, in the provincial capital, several beautiful trees of great historical value. 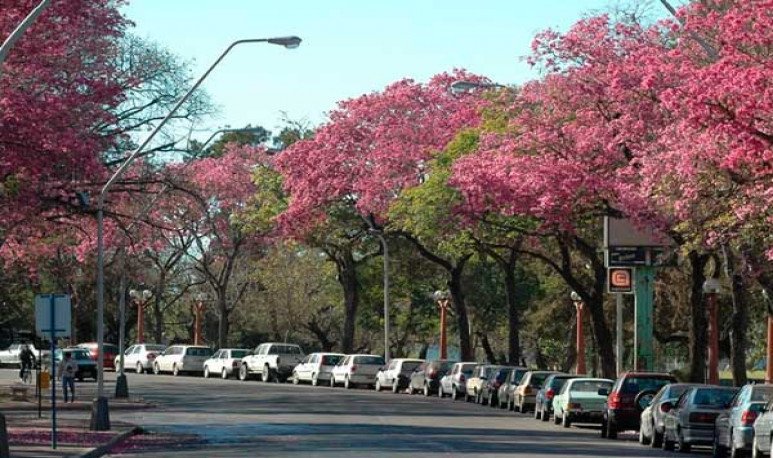 If you come for a walk to our city and you like trees , we leave you in this note the exact places where you can find beautiful specimens . You may also be Santafesino, but you have never noticed the variety and richness of tree species in the provincial capital.

In 1889, plans were approved for the layout of  Boulevard Gálvez , the main commercial and cultural avenue of Sante Fe. Trees  from eastern countries were planted in the area that forms the promenade. American palm trees and species from Africa and Canary Islands, as well as tipas, araucaria pines, brachitos, eucalyptus and drunken sticks.

Plaza España  used to occupy two blocks on land donated for the installation of markets for the sale of fruit in the country.  Surrounded by jacarandas , by its own gravitation, it was constituted as the convergent center of the whole Candioti neighborhood, the place chosen by foreign families, preferably railway based in the area.

In that very active area of the incipient municipality were planted  two gomers  brought from the Amazon jungles. With the passage of time, these became the admiration of those who pass there. Its branches should then be propped up, given its unusual extension. Still standing,  its shadows are estimated to cover 200 square meters of surface .

When the paradises of Plaza de Mayo were replaced by palm trees, which still exist today, magnolia trees were brought from Central America to adorn and scent the square. The only remaining specimen is considered one of the oldest in the city and is located on 3 de Febrero almost San Jerónimo. Crossing the street, we find the College of the Immaculate Conception in whose courtyard called “of the orange trees”  is another of the oldest tree species: the white lapacho . This jewel of flora is estimated, it was planted by Fray Plácido Camacho, the last monk of Santa Fe. Its more than 20 meters high were presiding over the leisure space for many years. A storm almost killed him and had to be cut off. But,  from one offspring, the tree grew again and today it can be seen in a “new childhood”.

Small part of the big story

In San Martín square there are two trees with historical value. One is the sprouts of the  San Lorenzo  pine that, through the Rotary Club, was planted there and called the “tree of friendship.” The other is  a fig tree from the native home of Domingo Faustino Sarmiento , which has gone to add to the historical value of the site. Remember that there is the Monument to the Liberator San Martín, and that its base is sculpted in granite brought from the Andes.

Another shoot of the San Lorenzo pine is located in the Cuarto Centenario School, located on Boulevard Galvez and Lavalle. It is a house owned by the former governor of Santa Fe, Luciano Leiva.

When you think about public trees, you also  recognize a space where wildlife finds a place of survival . With their beautiful trees, the Santafesinos have a stage of encounter and recreation. But, also, contact with nature.