The city of San Lorenzo is the land where San Martín fought his first fight in Argentine territory. A small town with historical importance. 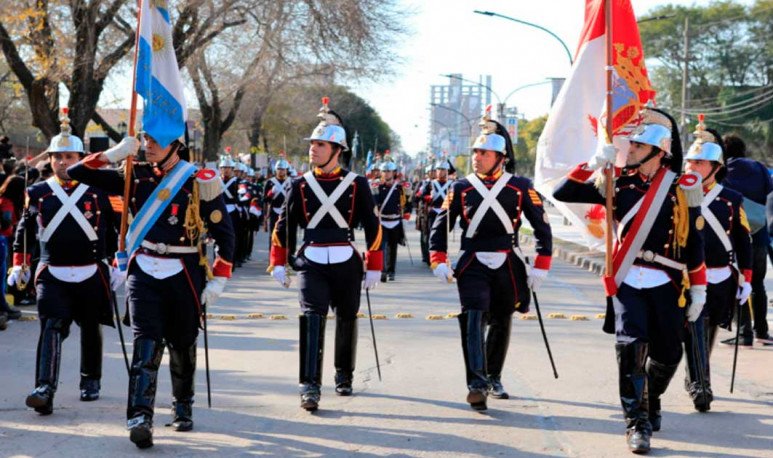 San Lorenzo is reached by the Santa Fe - Rosario motorway, just 24 kilometers from the latter. Walking around the San Carlos Borromeo convent and the Campo de la Gloria is to enter the very genesis of the  patr  i  a . It was here that San Martín, and his troops, prepared for what was their first  confrontation  with the realistic forces, in the war for Argentine independence.

In 1796 the Franciscan brothers settled in the convent. From this date, villagers began to settle around the building, which became its symbol and synthesis of history .In its parks there is the famous pine tree, which, according to  legend , served as a post-battle rest for San Martín, who would have written the events that occurred during the contest there.

The Campo de la Gloria occupies four blocks. Nine concrete prisms reminiscent of the place of origin of the deceased  grenadiers  stand out: France, Uruguay and Chile and the Argentine provinces of Corrientes, Santiago del Estero, La Rioja. Cordoba, San Luis and Buenos Aires. The set is surrounded by sixteen minor masts with flags, in homage to the sixteen glorious dead. A  votive flame  always keeps burning, in honor of the fallen.

A few years ago, San Lorenzo has  an extra appeal,  apart from its historical richness. A beautiful  coastal walk,  where you can see the  Parana River  in its splendor. The cereal port is the main port of the whole country, so this area of the river is visited by large ships, which give it a plus to the beauty of the landscape. This tour is born in the back of Campo de la Gloria, and throughout its journey there are several points to contemplate the waters, their islands and even the Rosario Bridge — Victoria.

Los Saltos del Moconá: much more water than you imagine

The ideal destination for traveling with children