Rosario night has everything to discover. The city of Santa Fe is one of those who never sleep, we tell you why. 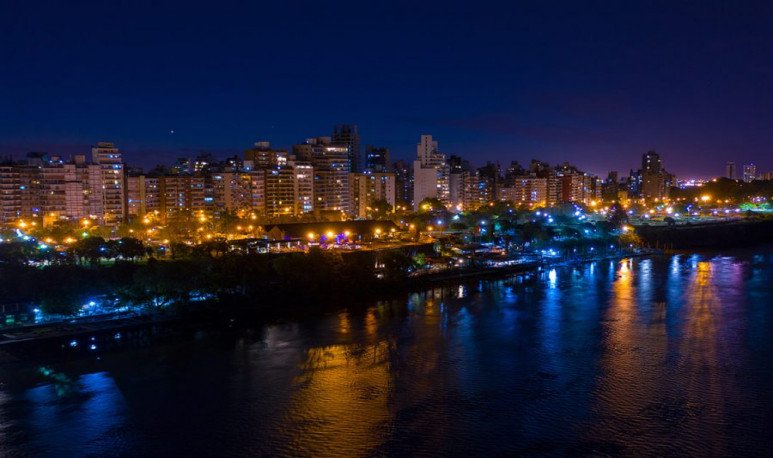 One of the features that end up converting Rosario into   an essential city to know   It's his nightlife. Its huge cultural move and its bars, with Pichincha as the area with the most options, open   a huge range of activities to do at night.

To eat or drink something

Pellegrini Avenue   , which is born near the river and stretches from East to West, has   more than two kilometers of bars   , dining rooms, ice cream parlours and pubs. It was the culinary area of Rosarina par excellence until Pichincha began to grow and dull it. Occasionally, there are major events, such as the Beer Festival, in which vehicles are cut off and asphalt is filled with thousands of rosarinos.

Another beautiful sector of the city that presents a   a wide range of places to eat is the Costanera,   from Alem Park to the head of the Rosario-Victoria bridge. It gathers numerous bars and restaurants to relax next to Paraná.

Like all neighborhoods close to train stations, this area was born as a prostibulary neighborhood. Today, it became a place of diversified gastronomic offer, between old and new cafetines, bars, restaurants and pubs.

On weekends is a real crowd   . Beautiful fairs and markets are installed. Thousands of people are photographed with the famous statue of Black Olmedo.

This is the real fort of Rosario's night. Su   Unparalleled cultural move.   Boliches with trendy or more themed music, bars with live shows, folk clubs, exclusive spaces for rock, milongas and tanguerias, dancers and various places of LGBT move. See this link for a very practical guide with multiple options.

If you didn't know, now you're not going to have doubts: night like Rosario's, you're going to find   few in Argentina   .

On March 17, Saint Patrick, a young move invades the city with an atmosphere of festive and typical Irish traditions.

In May she arrives with the Rosario Gastronómica festival, reflecting the best of Rosarino gastronomic venues during a week of special proposals in different parts of the city.

In June, the traditional Argentine passion for roasted meats took shape in the “Meeting of grills at the stake”.

The night of July 31 gives rise to the “Festival of cane con ruda”, an ancient ritual of Guarani origin aimed at removing the ills linked to the cold of winter.

In November comes the “National Meeting and Festival of Collectivities”, which brings together about a million people around cultural and gastronomic expressions from the five continents.

To avoid missing anything, download the Rosario Turismo App. Rosario's official tourism application proposes a new way to discover the city. Thematic circuits, interactive maps, audiovisual materials, information on must-see attractions and everything you need to make the most of your stay in Rosario.

24 hours in the Tigre Delta