The bike is an excellent option to get to know key points of the main city of Santa Fe. Four routes and a sustainable environment. 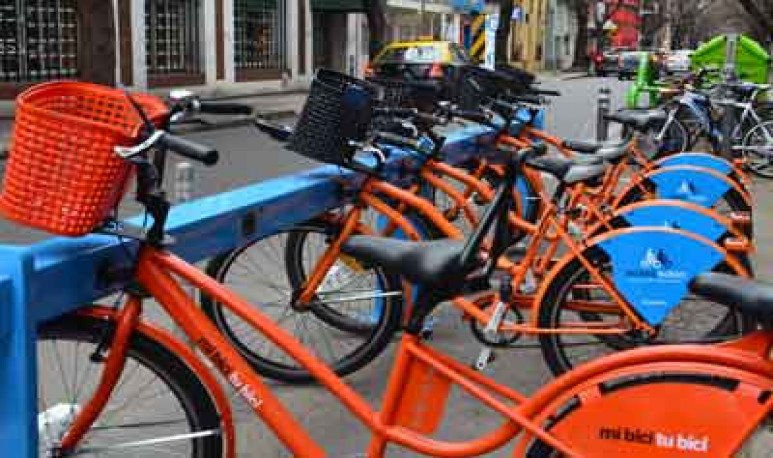 Rosario has several attractions that arouse the interest of tourists. Walk through its streets, enjoy its  scents , get to know its charms and be part of its cultural agenda.

An excellent way to tour the city and get to know its best places is using the public bike system, which generates a different form of mobility, without polluting the environment.

Tourists can use the system in a simple and practical way. The only requirement is to have a credit card.

Once you get the bike, you have plenty of possibilities to get to know beautiful places in Rosario. Here are four proposals, which can be combined with each other.

The beautiful Boulevard Oroño is the center of a tour that can take you to many emblematic places.

Museum of the City:  Built in the collective memory of the Rosarinos, it houses a synthesis of the political, cultural, social and economic processes that cross the history of Rosario, from the time it was a small town to the present day.

Castagnino Museum:  The museum has more than 4000 works including paintings, sculptures and series of engravings emblematic of Argentine art from the 19th and 20th centuries. It also has European pieces from various eras.

The Kindergarten:   C ombina the enjoyment of nature with the game for all ages.

Memory Museum:  This space offers the public a permanent exhibition hall, with works designed by prominent artists from the city of Rosario, and another of temporary exhibitions.

Lake of the  Parque Independencia  and Aguas Danzantes  :  With a show of music, lights and sound that star in the dancing waters of the fountain, they offer unique show with synchronisation.oacute; n electronic movement of water in a combined way. Repertoire of Rosarina music coordinated and instrumented by Fabián Gallardo.

In this circuit, you can also visit the Newell's Old Boys Athletic Club Stadium, Independence Park, Hippodrome and Civic Square.

Teatro El Círculo:  It is the main theatre in the city and one of the most notable in the country. The acoustic condition of its main hall stands out as one of the best in the world.

National Monument to the Flag:   D since the end of the 19th century, the construction of this monument began to pay homage to the spirit of independence and freedom raised by Manuel Belgrano when he gave his new teaching to the nascent nation.

Centro Cultural Parque de España:  On your tour of the Parque de España, you can visit its cultural center with exhibition galleries and an agenda that includes theatre, music and dance.

On your tour of the historic centre you can also take advantage of the Urban  Art Museum in La Vista . These are large-scale paintings painted on the medianeras of different buildings.

Tour of the Coast

Rosario Contemporary Art Museum:  located in an old silo facing the Paraná River, it exhibits one of the best collections of contemporary Argentine art made up of 300 works.

Retro Market La Huella:  consists of a market of everyday objects, whose main feature is that of being more than 25 years old.

Artisans Fair of the Boulevard:  we offer products of various categories such as: clothing, fabrics and yarns, ceramics, leather, wood, metal, plastic, musical instruments, toys, modeling, paper and candles, among others.

Parque de las Colectividades y Sunchales:  They are located next to each other in front of the Paraná River. Both spaces have games spaces, aerobic stations, bicisendas. In addition, there are several bars and restaurants throughout the parks, many with typical city menus including a variety of river fish.

Plazoleta Alberto Olmedo and his sculpture:  Near the intersection of Rivadavia and Pueyrredón streets you will find a life-size statue of the  Black Olmedo , one of the most famousaacute; s great Argentine comedians.

The Island of Inventions:  A space designed for children, which also invites adults to recover the child that everyone has inside to create and invent from playful devices, putting in motion thought and body.

Urquiza Park:  Very frequented for walks and outdoor activities extends in the central area, over high ravines overlooking the river. Along with historical corners, it gives rise to the Municipal Amphitheatre and the Rosario Astronomical Complex.

Paseo Pellegrini:  This avenue is a meeting point for family and friends with numerous bars and restaurants.

Along this tour you can also visit the  Roberto Fontanarrosa Cultural Center , the  Lavardén Platform and the  The Comedy Theatre .