Second installment of the most important places of the Rosarina cultural offer. In this note, Rosario's best in museums. 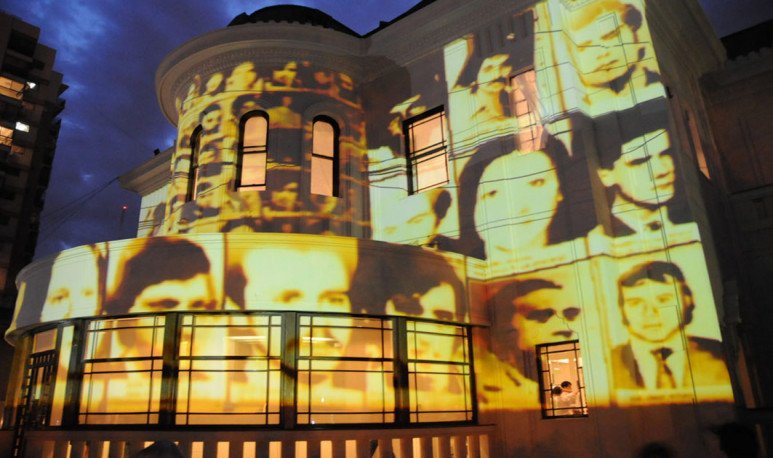 The important Rosarino cultural  heritage  can be faithfully appreciated  in its wide variety of museums  . Along with theaters and show halls, which we talked about in an article about Rosarina culture, museums are key in this big city. These buildings are located in various parts of the city. Such is so, that the local government proposes sightseeing tours to get to know them on foot or by  bike .

As we did with the venues for shows, in this note you will be able to know just some of the many museums Rosario has

The Rosario Museum of Contemporary Art, known by its acronym MACRO, is located in Estanislao López 2250. It is an old silo, located  in front of the Paraná River , which adapted to a different concept of museum. From the point of view of the construction of the image, it is very close to the idea of factory. It is made up of the most important collection of Argentine contemporary art in the country.

The Municipal Museum of Fine Arts “Juan B. Castagnino” is located on Avenida Pellegrini 2202. Located in front of the Parque de la  Independencia , it has 31 exhibition halls where productions by the founders of plastics coexist in the country to expressions of contemporary art. It has a collection of  approximately 4500 works  including paintings, sculptures and series of emblematic engravings of Argentine art from the 19th and 20th centuries, and valuable European pieces from various eras.

Also in the same park is the  Provincial Historical Museum “Julio Marc” , which has thirty-eight exhibition halls. Archaeology, numismatics,  Hispanic American art, pre-Columbian textiles , civil and religious silverware, weapons, history of Rosario and Santa Fe are its sections. This permanent exhibition is complemented by an archive of collections of historical newspapers, library and maps.

Located in Cordoba 2019, the Museum of Memory is one of the first in Latin America in its theme. It works on the causes and consequences of the authoritarian State's actions on civilian populations. It is a space where the memory of men and women,  protagonists and witnesses of the years of the last military dictatorship  in Argentina is safeguarded. It has a specialized library and video library with documentary information and educational and research departments.

The  Museum of Natural Sciences “Dr. Angel Gallardo”  is located in San Lorenzo 1949. Specialized in Biology, it was founded by professor and zoologist Pascual Maciá in 1945. The headquarters of the provincial government delegation is currently located in the building.

Symbol of the city

The Municipal Astronomical Complex would not technically be a museum. But it deserves to be included in any compendium of Rosarina's cultural offer. Its address is Avenida Diario La Capital 1602 and  consists of 3 spaces . These are the Municipal Planetarium of Rosario Luis Cándido Carballo, the Experimental Museum of Sciences and the Municipal Astronomical Observatory of Rosario Professor Victorio Capolongo. Focusing on the museum sector, which is the object of this note, it must be said that it  was born with an exhibition of models , photographs, panels and materials on audiovisual media. They are intended to account for different  astronomical , mathematical, physical, chemical, geological and biological phenomena.