Meet the youngest city of Santafesina 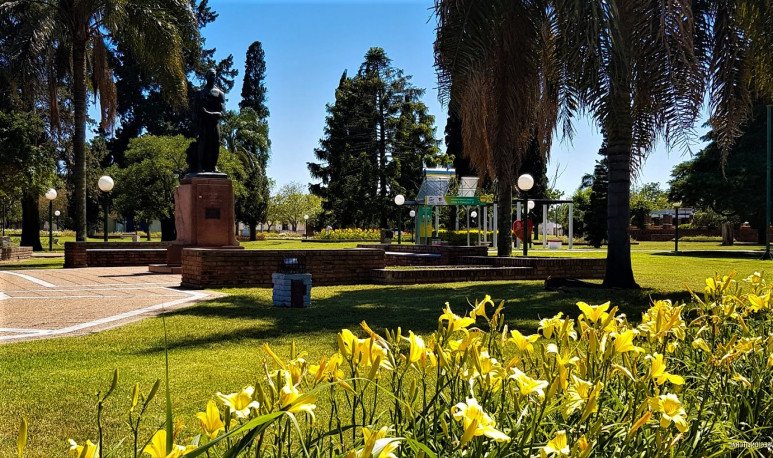 In a year full of bad news,  a traditional Santafesino village received a very good and long-awaited.  The village San Vicente. The news, which reached the long-awaited city status.

The Chamber of Deputies of the province gave final approval to a Bill, by Senator Alcides Calvo, of the Department Castellanos, by which the town of San Vicente, the fourth of that department, is declared a city after Rafaela, Sunchales and Frontera.

In Ser Argentino, we thought this was a nice opportunity for those who want to know San Vicente. The new city is located on the edge of RN 34,  50 kilometers south of the departmental capital city of Rafaela and 183 from Rosario . Production of harvesters/threshers was and continues to be the main driver of the growth and evolution of the locality. In this regard, the old town of San Vicente is also known as “Cradle of the Harvestadora”

Its urban and service infrastructure is typical of a city as it has a SamCo, mutual, sports institutions of important track record, a wide variety of media, postal mail, a branch of the Banco de Santa Fe, public service cooperatives, justice services, civil registry, shopping center and an urban area in permanent expansion.

On the other hand, in recent decades San Vicente has had a  steady increase in the number of inhabitants and industries  based, becoming a real productive hub in the region. The new developments approved show that this growth will be sustained over time.

All this, coupled with its entrepreneurial idiosyncrasy, make Saint Vincent long ago think in terms of a city.

For many more celebrations

The inhabitants of San Vicente had long been waiting for this well-deserved “title”. With this sanction,  the status of the locality is adapted to the reality of current times.  They can thus have the tools to meet new challenges.

Like so many towns in the interior of Santa Fe, San Vicente is a land of festivities. With agriculture in the blood, they are the birthplace of a very particular national holiday, that of the harvester . In 2019 it was the 23rd edition of the celebration. For obvious reasons, in 2020 it could not be developed, but the people of the city are already strongly aiming to be able to do it in 2021. It is that this event brings together every year not only all of San Vicente but people who come from many parts of the country. On the one hand, this event has what all important national holiday:  shows with renowned artists and gastronomic variety . But it is very particular what is very specific to this meeting. All brands of harvesters that are marketed in the country are present in the sample. So each edition becomes  an unmissable and imposing event for those interested in knowing the latest technology in machinery , both imported and domestic manufacturing. This festival is the only one in Argentina, that under the same sky manages to gather all the brands of harvesters existing in the country.

When it comes to show business, San Vicente is the birthplace of one of the great fighters today on Argentine television . Alejandro Fantino, conductor of outstanding sports, entertainment and general interest cycles for more than two decades, was born here.  Whenever he can remember anecdotes or mention moments of his childhood and youth,  both in his hometown and in the region