The house where Brigadier Estanislao López lived, the main leader of Santa Fe, is a key point to know the history of the province. 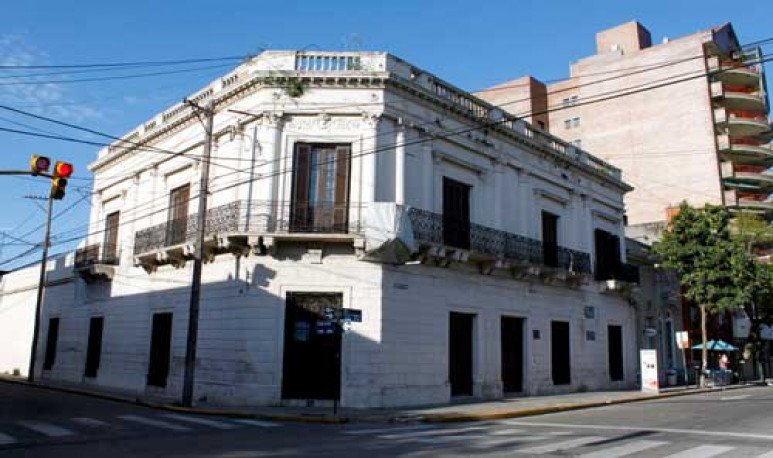 On the northeast corner formed by  Avenida General López and 9 July of  the  capital of Santa Fe  is the Casa del Brigadier.  Built on adobe walls  in 1812 by the Protomedico Manuel Rodríguez, it was inhabited by Brigadier Estanislao López between 1819 and 1838.

The house dates back to the layout that was made in due course with the transfer of the city to its new location. This was assigned to the Order of the Mercedarians, who built the church, a  convent  and this plot that was occupied by the ranchería, which comprised the service units and dwellings of the slaves of the Order.

Being in the heart of the founding area of Santa Fe, and because of the importance of its owner, the House is  one of the key points of historical tourism in Santa Fe.  At the beginning of the 19th century, the plot was acquired by the aforementioned doctor, father-in-law of Brigadier López, who rebuilt the house. Rodriguez arrived in Santa Fe in 1790 and obtained the position of protomedical, the highest medical position of the time. He was the first to treat leprosy in the city and that's why  a hospital , which had been a leper, is named after him.

Estanislao López married Maria Josefa del Pilar Rodríguez del Fresno daughter of the Spanish doctor and lived there until her death in 1838. In 1852,  General Justo José de Urquiza stayed at the house when he  visited Santa Fe to inaugurate the Constituent Congress.

An excellent Argentine military and politician. Archetypal warlord and tenacious defender of the federal case.  Estanislao López was governor from 1818 until he died . He was born in Santa Fe on November 22, 1786. Before joining federal ideas, he went along with  Belgrano  on the expedition to Paraguay. He was part, with the position of Sergeant, in the Battle of Paraguay. From there he returned a prisoner to Montevideo. They say, he left his catch on a boat, jumped into the water and swim to the eastern city.

As Governor, he was a signatory of the Treaty of the Quadrilateral between representatives of the Argentine provinces of Buenos Aires, Santa Fe, Entre Ríos and Corrientes, which sought to ensure the tranquility of the borders.  He created schools and improved the administration of justice . He became one of the three leaders of the Argentine Confederation and  the one who most clearly thought the Republic in those years.

The Brigadier was the undisputed builder of the province of Santa Fe. If there is a name to link to the province and its development and autonomy, it is that of this Caudillo. Without Lopez, perhaps at this time Santa Fe would be a dependency in the province of Buenos Aires. Don Estanislao fought and fought all his life for an independent and dignified  Santa Fe  before the rest of the country.