Learn about the Jesuit Apple, one of the main educational and religious centers erected by the religious order in Santa Fe. 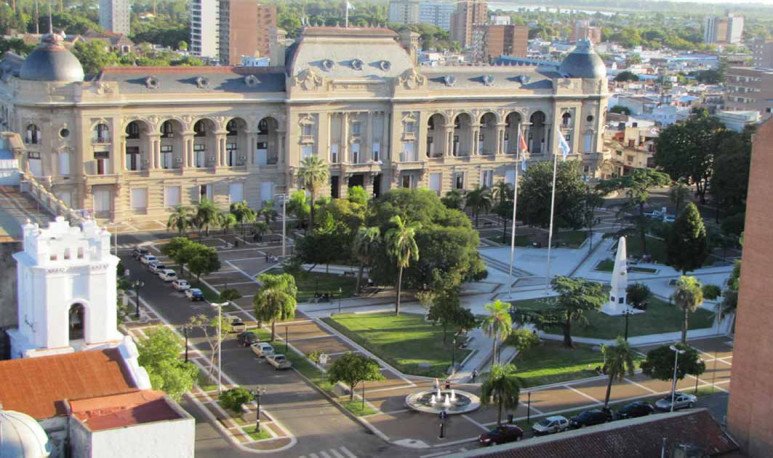 We present you a triad of Santafesina history. The proposal includes a key point for local  tourism  : the Jesuit Apple. This religious order, called the Society of Jesus, has a lot to do not only with the founding stage of the city, but with the present.

When you look at the plan of the primitive city (in what is now Cayastá) and compares it to the current city, you distinguish, at first glance, that the location of the College and the Metropolitan Matriz-Cathedral Church have the same location as the foundation. Both flank Plaza 25 de Mayo, the first to the East and the second to the North. The other two flanks were occupied by buildings that no longer exist, and instead the Government House to the South and the Courts Palace to the West are erected.

The arrival of the Jesuits to the Rio de la Plata, with the purpose of evangelizing and educating, meant nothing more and nothing less than the operation of  the first organized school in the country.  Based in Santa Fe La Vieja, they witnessed, along with the inhabitants of the place, the first mystery of  the Image of the Pure and Clean Concepción  . From his painting flowed  a miraculous water  that, when it was embedded in cotton and cloths, produced the  cure of ills and diseases  . This fact was duly testified and documented before the scribe, with which the Saints began to invoke Our Lady under the title “Our Lady of Miracles”.

At the beginning of this tour, we visited the  Sanctuary of the Virgen de los Milagros . Built in 1610, in ancient Santa Fe, it was moved to the current location after the river's rising and repeated attacks by malons led to leave the site we now call  Cayastá . The city was refounded in the place where it is now, respecting the primitive order.

Completed in 1670 the colonial and neoclassical construction, as seen on this visit, houses an Altarpiece built in the old Reduction of Loreto which, in the center, contains the canvas of Our Lady, made by Luis Berger SJ and the  relics of miraculous cottons . It is guarded by sculptures of St. Ignatius of Loyola and three other Jesuit saints. 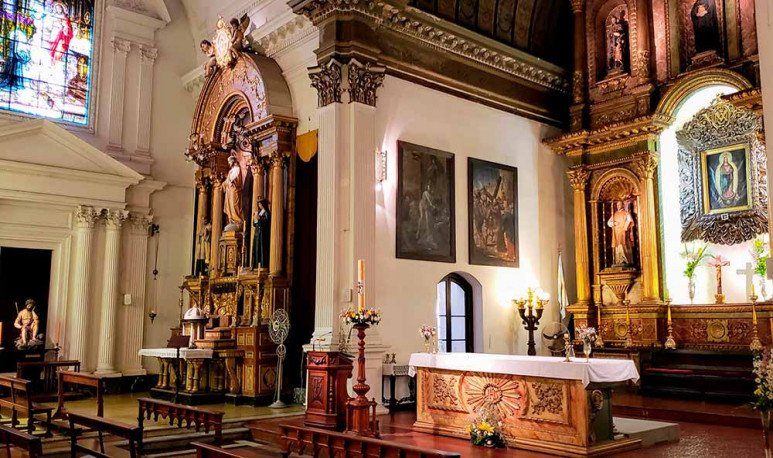 The altar, which at the time of its construction was attached to the altarpiece, was removed from it after Vatican Council II, to allow the priest to give the mass in front of the public.  The walls have thicknesses of more than two meters  and are made of tapia, stone from the Paraná river and adobe. Originally, it consisted of a central nave in the form of a Latin cross, and then two side naves were added.

Ancient and important imagery, some coming from the reductions, is located on the side walls; the sculptures of Christ tied to the Column and Christ of Patience stand out. Six stained glass windows reflect different moments lived in the Sanctuary and the School. One of them, with the faces of the students who officiated as models, makes a curious fact because until very recently some of them were recognized in the work. The front has undergone some modifications, but in general, it retains the original structure, with a bell tower of three bells and three windows that open to the square, from the choir.

Another relevant fact is the existence of the 1886 organ, the only one in Argentina manufactured by Aristide Cavaillé-Coll himself, and not its successor Charles Mutin. The crypt, housed in the Sanctuary, is also part of the interesting things that the Jesuit community has to offer in this temple.