Javier de la Rosa is a fundamental name in Santa Fe's religious history. We tell you the story of this multifaceted individual 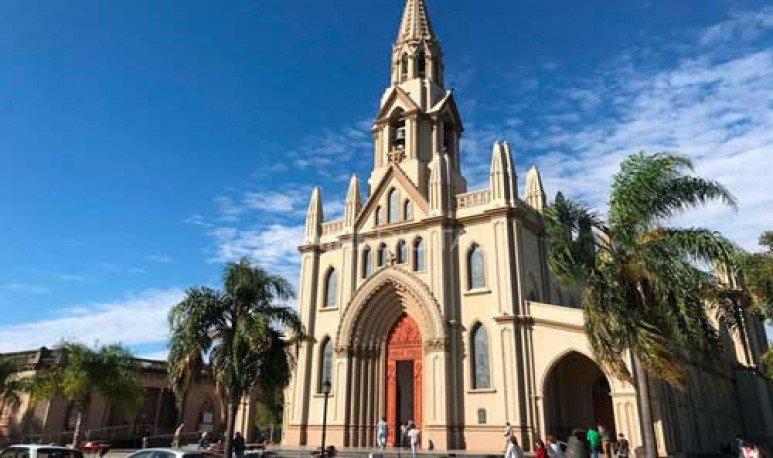 Devotion to Our Lady of Guadalupe has, in Santa Fe, a particular origin. It all starts on the property of a Spanish conqueror, Juan Gonzalez de Setúbal, who built a chapel under the invocation of that Marian advocation. He died, his widow puts his nephew Francisco Javier de la Rosa in the care of the temple. This man was known as “the hermit” because he chose the penitent retirement.He found, then, in the oratory his place for meditation. Little by little was born in De la Rosa  the desire to erect another temple , since the original was practically in ruins.

Javier de la Rosa (for some reason it is remembered without his first name) raised the new chapel with his own hands. On one of the tiles, which he himself made, he left this inscription:  “Our Lady has lifted it up with her divine power,  overcoming difficulties of the sad Lucifer, which made it fade.” The temple began to build it in the last quarter of the 17th century. We don't know whether he proposed it or not, but Francisco Javier was, at the time,  responsible for a giant veneration.

More than a century later, in 1889, the diocese of Santa Fe was created, dismembering it from the jurisdiction of Paraná, and appointing Monsignor Juan Agustín Boneo as its first bishop. Already in Santa Fe, Boneo proposes before the Holy See that Our Lady of Guadalupe be the patron saint and titular of that city, taking into account the  devotion  that the people of Santa Fe professed to her. In response to that request, on June 27, 1889, Pope  Leo XIII proclaimed Our Lady of Guadalupe as patroness  and titular of the Diocese of Santa Fe.

A Basilica is born

Francisco Javier started the new chapel as a mason and carpenter. He carved the wooden altar,  painted medallions with the apparition of Mary  to the Indian Juan Diego on the hill of Tepeyac, Mexico (origin of the devotion of the Virgin of Guadalupe).  He melted bells! , a task carried out by few in the world.

The  solid  chapel that Javier De la Rosa built began to be small. Half fourteen by six meters. In 1904 the foundation stone of the current sanctuary was laid and, in 1910, it was inaugurated half-finished.

This hermit was not only a good mason, carpenter and smelter. He left a delicious  hagiography  called “Soledades de la vida and penitent retreat for the love of virtue and contempt of the world.” Illustrated with magnificent watercolor drawings, the text abounds in stylistic and imaginative virtuosisms. The desert, penance, cave, prayer, heavenly rays, halooles. On the other hand, the devil, the beasts, the temptations.  There is no known book before this in Santa Fe.

The most believers do not doubt it: Javier de la Rosa was sent by God to Santa Fe with a clear mission: To  give birth to the immense Marian devotion  that is the godsend to the city and to a whole region.