Home Travel Santa Fe Is there tourism in Rafaela?

Although it is not as famous as Rosario or Santa Fe, in this note we present interesting proposals for tourism in Rafaela. 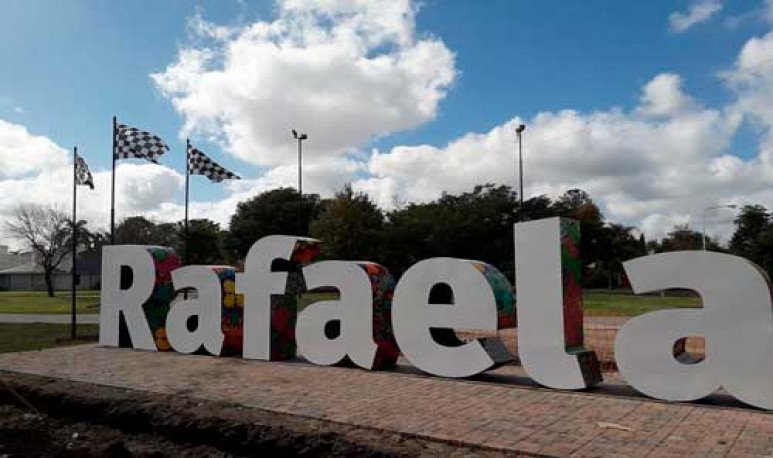 We have already told you about the importance of Rafaela in Santa Fe and its productive capacity for the country, as well as its people and its iron tradition. But she was never very famous for tourism. Its inhabitants blame geography. It is true that they were not benefited by nature as localities in their province that are crossed by dreamy rivers. However, the Rafaelinos knew how to fill this gap with their entrepreneurial mentality. There are initiatives by the State of Rafaela itself to position the city as an attraction.

Like its older sisters Rosario and Santa Fe capital, this beautiful city, close to Cordoba, can offer beautiful tourist variants in the city. Find out in this note just some of the attractions you can find to recognize that there is tourism in Rafaela.

For those interested in religion or architecture, it is an obligation to know the Cathedral San Rafael. In the heart of the city. After the demolition of the old temple, its construction began in 1912. It began to show off progressively the beauty that currently characterizes it, and in which the plaster ornaments, the vault, the plaster, the altarpieces and images of the altars, the bells, and the tower stand out. You will find it in Hipólito Yrigoyen 179

Filled with culture, Rafaela invites you to explore its urban center and enter interesting buildings continents of pieces of local life. Thus, the Municipal Historical Museum shelters documents and objects that allow the contrast between the first inhabitants of the city and the current way of life. It is in Santa Fe and July 9th

Dependent on Foto Cinema Club Rafaela, in the same building is the Photography Museum. A great way to understand how this city grew. The works on display were a contribution of all the neighbors.

The pride of the gunmen and a novelty

Cradle of an engine genius like Oreste Berta and many motorsport and motorcycle riders, all Rafaela breathes tires and rulemanes. Therefore, it is not by chance that the city has a first-class South American race track. One of the oldest in Argentina.

The organization of car races was one of the pillars of Rafaela's growth and national and international recognition. From 1919 to the present day and with the support of 190 organized competitions the rich history of this track has great chapters in Road Tourism and Super TC 2000. The “Rafaela Oval”, as it is known, is located four kilometers from the city center. It's the biggest of its kind in the world.

In this scenario it has another peculiarity, in 1971 raced for the first and only time in our country the Indy Car category. The competition was won by the iconic Al Unser in a turbo Colt Ford.

World motorsport big players like Juan Manuel Fangio, the Gálvez brothers, Carlos Reutemann and all the drivers who contributed their dexterity within a relentless circuit.

Finally, a novel perlite that you can find walking the streets of this beautiful city. There is a fairly new public space called the Paseo de las Artes. It is a picturesque half pedestrian and half pedestrian passage for small vehicles. As an initiative to beautify the city, it has colorful murals on its walls and open spaces where, on weekends, the municipality usually hosts events for the whole family. It is located next to the Old Market (Sarmiento 544), which is a local cultural center.

Tourism in Rafaela is, then, a whole possibility. It needs to be made visible so that it completes what is already known: it is a big city to organize events, go out to eat and it is the cradle of big industries. With the countryside as a privileged environment (you will see notes on rural tourism in Rafaela), we show you that the city also has beautiful destinations to visit.