The Federal Park is relatively new in the provincial capital. But in a short time it became a key space for the Santafesinos. 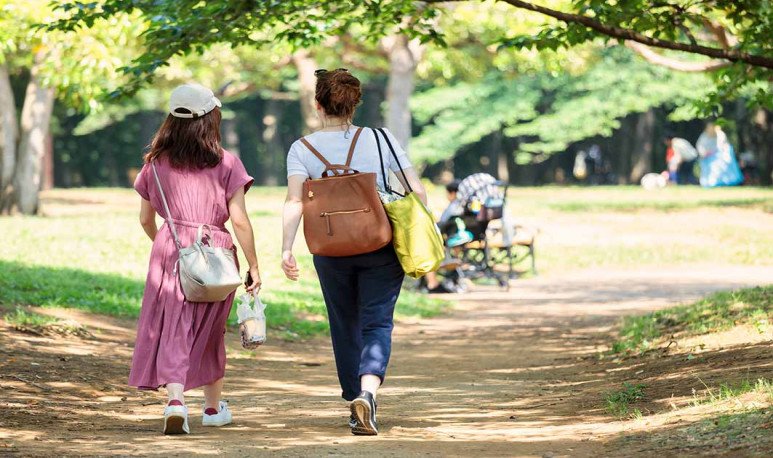 The Bicentennial Federal Park is one of the three great cultural works that were carried out for the celebrations of the 200th anniversary of the Homeland, along with La Redonda and El Molino, Cultural Factory. The space was articulated in  abandoned  hectares belonging to the railway, after the closure of many railway lines in the 1990s. Neighbors considered  the land prohibited . Passing through that wasteland could cost you, at least, to get robbed. Their shadows harbored undesirable characters.

After insistent complaints from neighbors who even organized themselves socially, the provincial and local governments took the bull by the antlers and  developed the recovery project for  the park. Today, it is a fundamental space in Santa Fe. While what is called  “the city center”  is two to three kilometers further south, geographically, the real center of the city is this park. It can be easily checked with satellite images. This condition was key for the national government's famous  PROCREATE plan to develop a housing project, which finished it  composing a vital property for all  Saints

The pride of the neighbors

The neighbors of the Federal Park are proud to say that it went from an open pit dump to  a pioneering public space . In 2010, a municipal ordinance made it one of the two parks in the whole country that has an associated management, an almost unprecedented modality in Argentina: Avellaneda Park in Buenos Aires is the other public space that has that modality of management. The Program of Assisted Planning and Associated Management, a pioneer in the country, was developed by the Latin American Faculty of Social Sciences (Flacso).

The Federal Park Association operates there, in charge of organizing different types of activities. Craft fairs, recitals in the sloping square as an amphitheater and even evening themed walks invite tourists and holidaymakers to moments of full recreation.

Today, this space represents a place of recreation, training and, above all, a “green lung” of the largest in the city. In addition, culture also has its place in the  cultural center La Redonda , in what was an old railway workshop. A place where culture does not feel like something distant, inaccessible.

Throughout the space there are sculptural groups made from the remains of the old Suspension Bridge, reorganized and arranged like real pieces that will conserve and amplify the Santafesina memory.

the vivid image of Mercedes Sosa guards the site, from a mural that was in charge of Santaffecino muralist Eduardo Vilou.

Stages of a recovery

With its full name as  Bicentennial Federal Park,  the place was officially opened in June 2011. The works were carried out to  consolidate a cultural, social and recreational axis , a comprehensive recovery of the outdoor space that was developed in  three main groups of actions:

The first consisted of general cleaning of the premises, the leveling of the ground and  parking tasks . Also, the recovery of old water and fuel tanks that are deployed in different sectors, signalling towers and railway structures.

The second group consisted in the  creation of pedestrian trails  and the construction of streets with improved stone and gutter for light and restricted traffic, at the height of Quintana Street (east-west link). In addition, the extension of Belgrano street.

The third group of actions corresponded to the  integral lighting  of the property. The project included the recovery of existing lighting  towers  and the placement of new columns on pedestrian routes, roads and in the football field area.

By car to the intersection of the avenues Salvador del Carril and Aristobulo del Valle.

The return to the square

Find out what was shouted in Alcorta

The Indian Grotto: a natural jewel you have to know

A museum in the middle of the jungle that gives chills

How to get around in Córdoba Capital

Guanacos walk along the beach of Península Valdés

The place where the best of two worlds meets