The Casa de los Aldao is a living testimony to the history of Santa Fe. It can be visited in the central area of the provincial capital. 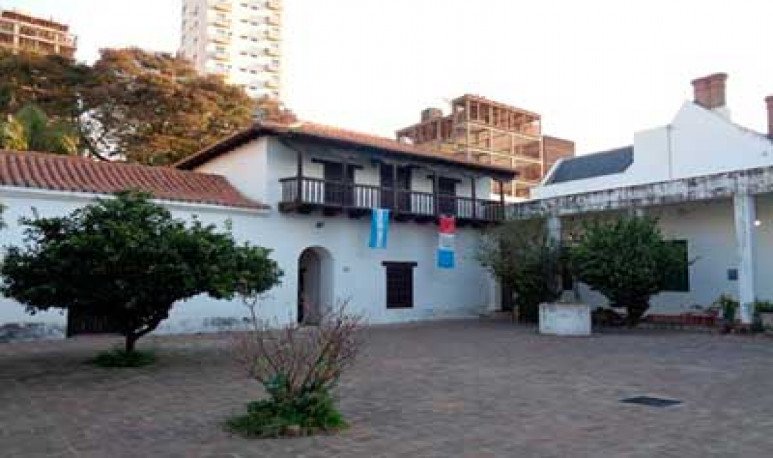 In the  southern quarter  of the city of Santa Fe, where testimonies of colonial times abound, there is still  a complete sample of the domestic architecture of that time . The house, since 1711, of Don Antonio Márquez Montiel, mayor, royal ensign and councilor of the Cabildo. When his daughter Juana was married, she gave the house as a dowry and from there she was occupied by different successors, being the last to do so Josefa “Pepita” Aldao, a political heiress to Marquez, who had no descendants so, when she died in 1963, she left the house to the family who shared her family.ia. Later,  the national government expropriated her.  We leave you a brief history of the Casa de los Aldao

For long 300 years, housing has had abandoned and refurbished intervals (some successful and others failed). In its original structure it had a room and two rooms, with thatched roofs that was later replaced by tiles . A flat, land and three commercial premises were added in the time of Juana Márquez Montiel, in which  yerba mate was dispenned. He came to have 20 rooms, always maintaining its colonial style. The deterioration suffered by the property was mainly caused by the action of climate, water and reforms that were carried out without taking into account  essential criteria for its maintenance.

Today, when Monsignor Zaspe crossed, at the height of 2800, it is surprising to find this austere and difice with a frank colonial style and a certain Andalusian air . With whitewashed facade and covered with tiles, on tapia wood structure, boasts an important balcony with loggia. Precedes the building a large courtyard that separates it from the sidewalk, with original cistern and iron fence.

The premises of the Casa de los Aldao today house the Provincial J Unta de Estudios Historique  and a museum with permanent and temporary exhibitions, photo gallery, original furniture from the old 18th century house and library.  Everything can be visited on weekdays in the morning  and on special dates of significant commemoration.

An interesting audiovisual material called “La casa que habla”, completes the tour of Casa de los Aldao, which is named after its last dweller. This sets up  a walk through other times and other domestic cultures,  already non-existent. All this makes this place an interesting and unmissable attraction.