In the vicinity of the city of Los Antiguos, in the northwest of the province of Santa Cruz, there is a privileged place in the Comarca del Lago Buenos Aires. It is known as the Way to Mount Zeballos. 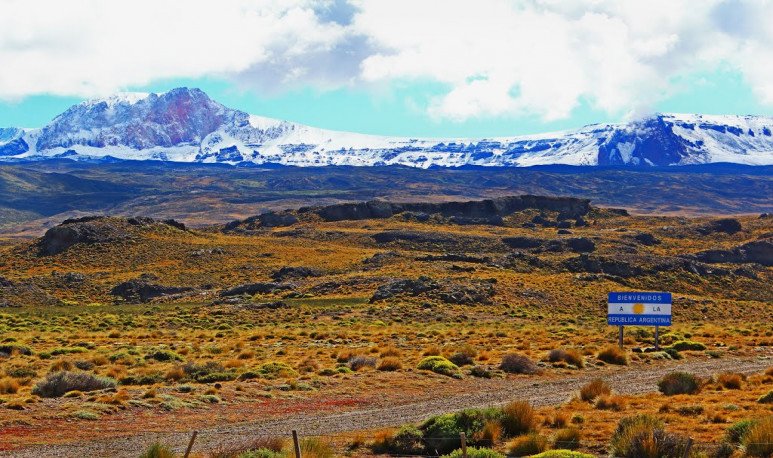 There are places so far from the large populated centers whose  nature , in many cases, is still unexplored, that when we discover these paths, they seem to be outside this world. Without luxurious restaurants, no hotels to rest, these areas eventually become places of incomparable family and social value in search of endless silences, moments to feel and even secrets to share. Places that are sometimes so close and so far, that maybe until today, we have never allowed ourselves to know those weekends when we needed a renovate the air.

In the surroundings of the city of  Los Antiguos , in the northwest of the province of Santa Cruz there is a privileged place in the Comarca del Lago Buenos Aires, it is a gravel route that leads to one of these places. Visitors can travel a beautiful itinerary that enters the Andean-Patagonian forest and is known as:  Camino al Monte Zeballos.

The starting point is the Mirador del Río Jeinimeni, two kilometers from the center of the village, from there, RP 41 takes you to the border post of Río Roballos. This road is framed between the last foothills of the plateau  of Lake Buenos Aires  to the east and the Andes to the west. One of its picturesque places is 22 kilometers from the road where a natural panoramic point appears and after walking a short stretch, is the geological formation known as  Toscas Bayas , formed by walls of sedimentary rocks.

This route is reached in a very short time to  Mount Zeballos , a mountain of volcanic origin located in the heart of the  Andes , one of the highest points of the santacruceña mountain range. The origin of its name is due to the founder of the Argentine Geographic Institute, Estanislao Zeballos. Another important feature is that the Zeballos and Los Antiguos rivers, both tributaries of Lake Buenos Aires, are born from its wide slopes. In addition to giving origin to the Pinturas River, tributary of the Deseado River.

The characteristics of the place allow the visitor to enter the virgin natural sectors: the original Andean forest, which passes through rock formations where the landscape suddenly changes from the steppe to the mountains of Lenga e Ñires, the perfect place to walk, as it is very little explored, However, there are many areas that have undergone modifications due to wood extraction, without having planned repopulation of species.

The landscape is complemented by meltwater rivers, lagoons with birds and rivers that are ideal for  sport fishing  (brown trout, salmon). The Zeballos River is recognized as a good fishing spot, especially in the Puente Nuevo area. Natural viewpoints and fauna to discover: guanacos, choiques, a small population of huemules, foxes, pumas, woodpeckers among the species to shine.

It is an area with great potential in tourist activities: mountaineering with various difficulties, hiking, mountain biking, views of the night sky and photography. Two hikes with medium difficulty stand out. Both begin at the border post: first, the  Zeballos River Waterfall  (three kilometers) runs along the intricate river path, with a significant landscape, and second,  Mount Zeballos  (six kilometers) along natural trails surrounded by forests and streams of thaw and crystal clear waters. After the tour, you can visit several villages dedicated to the production of wool and then reach a natural landscape similar to the moon due to the rock formations similar to some “cones” that invite their locals to walk through these stone “cones” eroded by the wind.

Far from the comforts of big cities, Monte Zeballos is an emblematic place for the inhabitants of the nearest villages, where they often share New Year's holidays, roasts in good company, horseback riding through unexplored places, endless walks and camps for the whole family and the smaller ones. It is far from being a place with scheduled activities, the  mountain  is a magical place, full of stories where the most knowledgeable about its curves and hooks explore year after year with the &only purpose to meet again and explore its interior on summer evenings as they invite you to enjoy the feeling of simply sitting on the plateau that possesses the immensity of starlight to make a wish.