This incredible mass of live ice, since this year is part of New7Wonders' global platform. 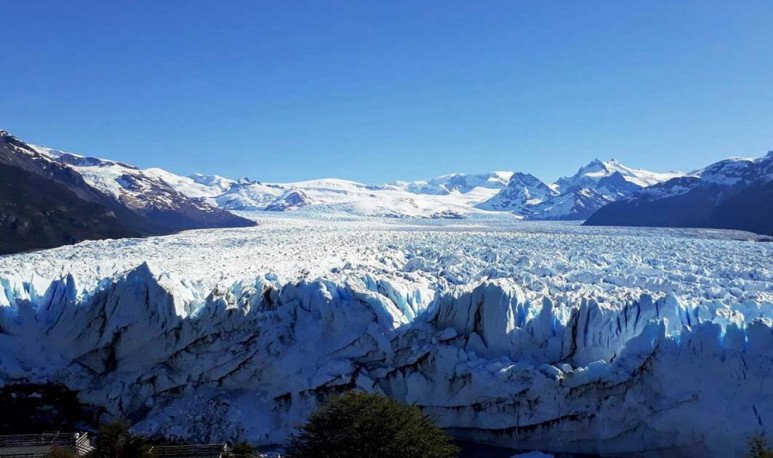 Visiting the  Perito Moreno Glacier  in the province of Santa Cruz is an experience to live as many times as you can. That wonderful  mass of living ice  seduces the visitor in an incredible way.

What tourists can imagine in the  78 kilometers  of travel from the city of  El Calafate  to  Los Glaciares National Park , where the glacier is located, is simply little about what is lived in that experience.

The journey from access to  Lake Argentino  is endless for people with excessive anxiety. With intelligence, the  National Park  authorities have installed two viewpoints before arriving to calm the cravings. Already instead, and as you descend along the long  walkways  that offer various observation points, you feel the resello of the Perito Moreno glacier on the faces. Giant pieces of ice that have come off, float in the lake like small icebergs.

Unlike most glaciers in the world that are retreating, El  Perito Moreno  is unusual as it is stable. As it loses mass in its terminal, where it meets the vivid turquoise waters of Lake Argentino, it also continues to grow at its source.

Seeing the glacier from elevated platforms, the tourist cannot fully capture its immense size. It is  30 kilometers in length , and covers a total of 250 square kilometers. Greater than the size of the  City of Buenos Aires . However, what you can experience is how active it is.

Whoever has patience will get what they want and so happens in this region of the world. Just sit down and  watch  the gigantic mass of ice. Sooner than later, large pieces of the glacier will fracture and break before the  visitor 's eyes. The process will result in a shocky bellow when they crash into the lake. It's surreal and wonderful.

One of the excursions takes a catamaran to travel all its north face. As the boat approaches the 70-metre high ice wall the feeling of finitude seizes the spectators.

Above, you can see blade of clouds behind the icy peaks. The  captain  of the ship explains that the road changes every day. It is enough to visit him two days in a row to realize that he is alive in his own way.

There are also trekking tours that take you to walk around parts of the glacier, surrounded by the beautiful  Patagonian  landscape of  forests  and mountains. 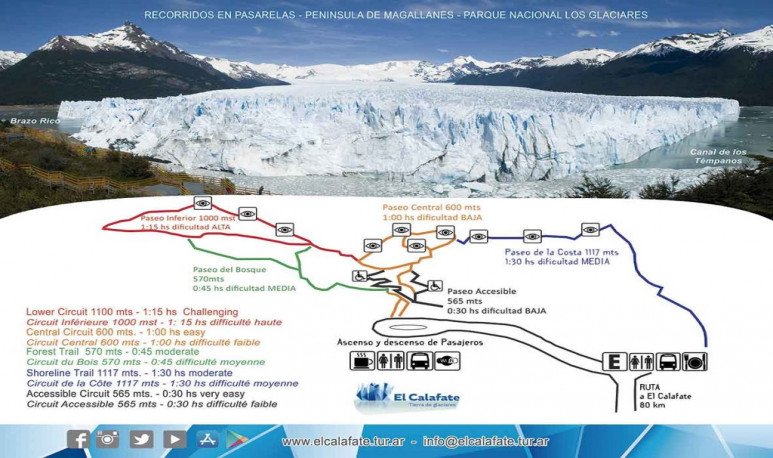 If you want to know more about continental ice after your visit, you can visit the Glaciarium, a modern glacier interpretation centre on the outskirts of El Calafate. There, multimedia exhibits explain how ice is formed and how glaciers move and shape their surroundings. They return to the  origins of the Universe  and the various glaciations on Earth, and cover the first explorers and  scientists  whose research gave a better understanding of the processes involved. There is also a large  3D  model of the southern Patagonia ice field and the many glaciers in the region.

The least curious  tourist  , from the scientific point of view, has a reason to visit the Glaciarium - the  Ice Bar . Announced as the only bar in the world made entirely of glacial ice, including seats, tables and glasses, the  Glaciobar  is so cold that it can only be entered after putting on the coats and gloves provided by the sturdy bar staff. Even then, you can only stay on the  bar  for 20 minutes or risk becoming a permanently frozen device. 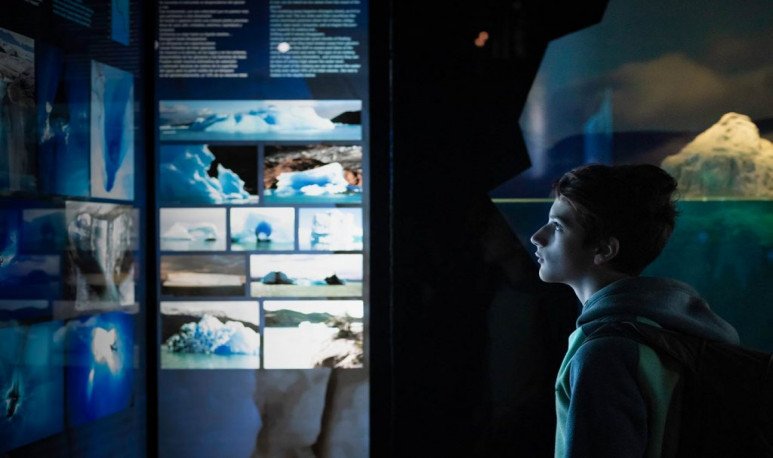 Pray under the Antarctic Ice

Why is the Perito Moreno Glacier the eighth wonder of the world?