Los Antiguos, located on the shores of the crystal clear waters of Lake Buenos Aires and the grove shelter, is the area to harmonize pause and adventure. 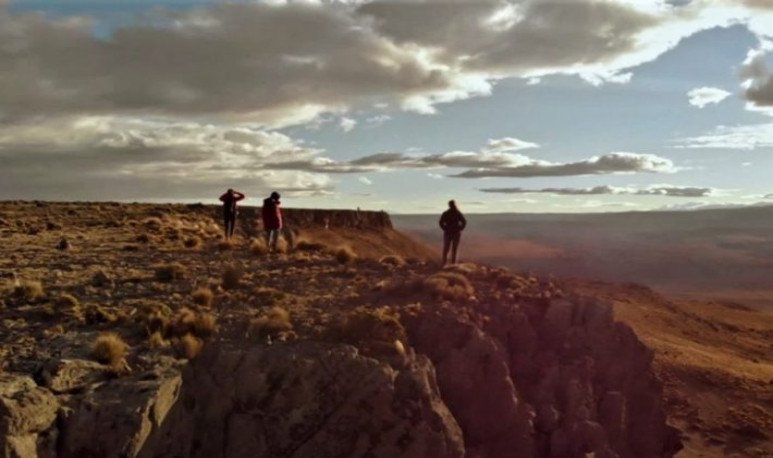 The  Ancients  are one of the first races to populate Earth according to Lovecraft in the story “In the Mountains of Madness”. That is why when the visitor upstairs to this agricultural oasis located on the shores of Lake Buenos Aires seems to reach paradise. In Los Antiguos you can go trekking to see unusual places or to the incredible cave paintings of the  Cueva de las Manos  or the wonderful Marble Chapels.

Los Antiguos  is located 3 km from the Chilean border and 1029 km north of Río Gallegos, on the edge of South America's second largest lake.

The crossed wind that undulates the waters of Buenos Aires is retained by poplars that, as guardians, protect the orchards of cherries, strawberries, apples, apricots and peaches. Before the arrival of the white man, the natives called it i-keu-khon, which means something like “Place of the Elders” in  Tehuelches language.

Between August 8 and 15, 2011, Chile's Hudson volcano vomited more than 2,000 tons of volcanic ash that covered the town. A traumatic experience is always negative, however, what happens from it depends on each person. And that's how those ashes, collected by men, are part of the  DNA  of the place. They shaped a being who, like the Phoenix, is reborn from the fire much stronger, greater, wiser. An example that serves as inspiration to the more than 6,000 inhabitants of Los Antiguos.

The best time to  travel  to Los Antiguos is between October and April. In summer, Lake Buenos Aires is warm enough to swim. During the first week of January the Cherry Festival is held, with riderings and musical shows. It is advisable to book accommodation in advance because the place is filled with visitors. 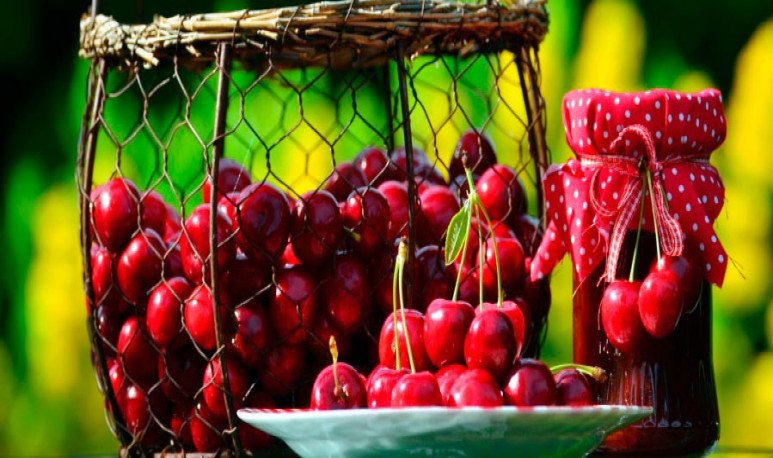 Among the offer of activities to do in the city are  horseback riding . As for example, the one that takes place in Estancia La Ascensión that gives us a great attraction where all the plants and animals in the region are known, as the trails were prepared by the Argentine Flora and Fauna Foundation.

For those who water is their greatest pastime, Patagonia's largest lake attracts tourists to recreate from its blue waters through kayaking, hydro-pedals. Windsurfing and kitesurfing can also be done.

The impressive Jeinemeni River is a favorite spot for  trout  and salmon fishing. There are species of sports value between March and April. At that time lovers of fly fishing spend unforgettable days.

Unmissable is to reach the Cueva de las Manos, another of the  many Natural Heritages of Humanity  that our country has. The cave has several eaves, and exhibits inside cave paintings elaborated over a wide period ranging from 9300 to 1300 BC. These are the first artistic expressions known to the South American peoples. In such paintings we can see prints that impart elements related to the daily life of these ancient hunter-gatherer peoples.

Of all of them the most famous and ancient are the positive and negative silhouettes of the 829 hands, in certain cases overlapping. Such contours were made by placing the inks in the spinal cord holes of small animal bones and then blowing on the other end. Also, you can see silhouettes of guanacos and choiques. It is believed that they were the main components of the diet of the native peoples and therefore it was customary to show scenes of the collective hunting of these animals. 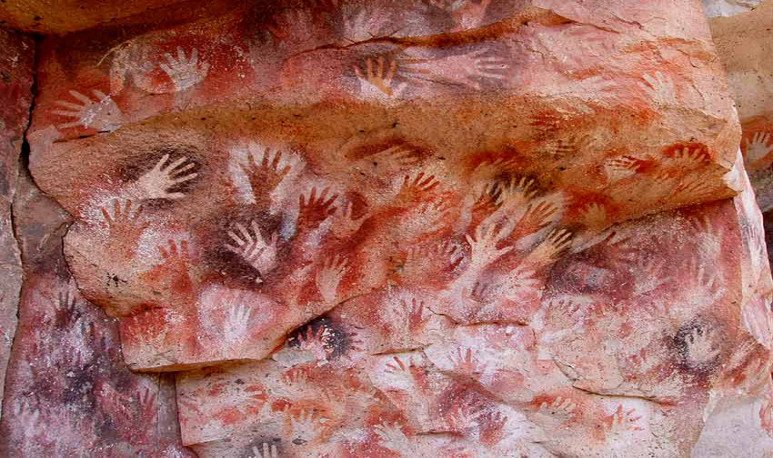