Visiting the Perito Moreno Glacier and its National Park, in Santa Cruz, is an experience to live as many times as you can. We invite you to know one of the 7 Argentine wonders. 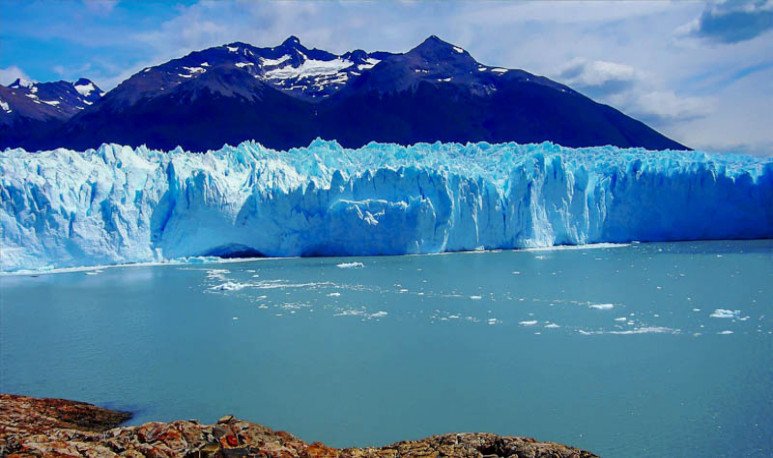 Los Glaciares National Park  covers about 120,000 hectares and is located right on the border with Chile, southwest of Santa Cruz province. From Fitz Roy hill north of El Chalten to Frías Glacier south of El Calafate, the Park protects countless mountains, lakes and forests at the gates of the Patagonian Andes to the west and the Patagonian steppe to the east. 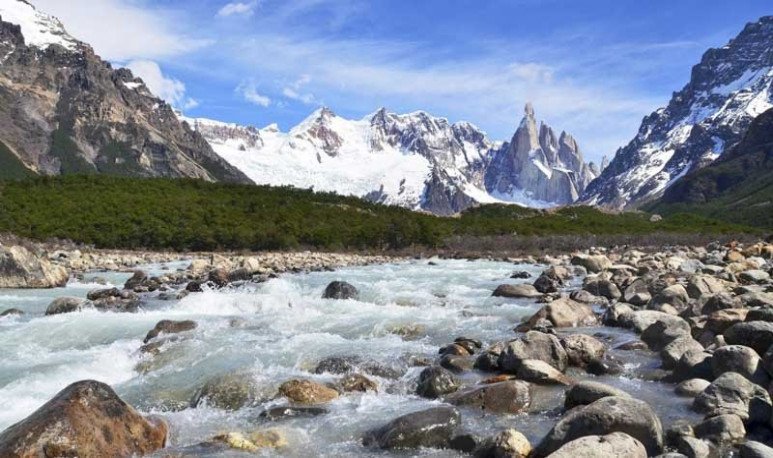 It was created in 1937 to preserve the exceptional extent of continental ice, as well as the fauna and flora of the Andean forest. It consists of lakes, which in turn arise directly from the melting of glaciers. Famous mountains such as Fitz Roy and Cerro Torres are 3375 metres and 3102 metres respectively. 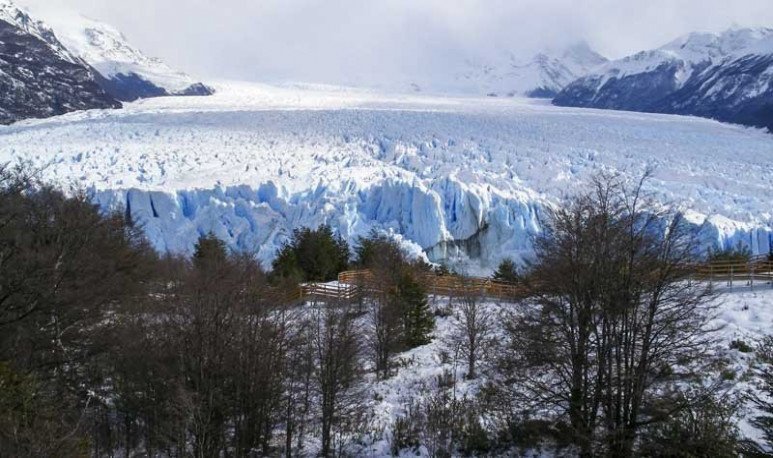 Los Glaciares Park is named after the multitude of glaciers that cover the area called Campo de Hielo Sur, the largest in the entire hemisphere after Antarctica. This large ice sheet feeds 47 glaciers, 13 of which flow on the Atlantic side of Argentina. There are also more 200 smaller ones in this Patagonian ice field. 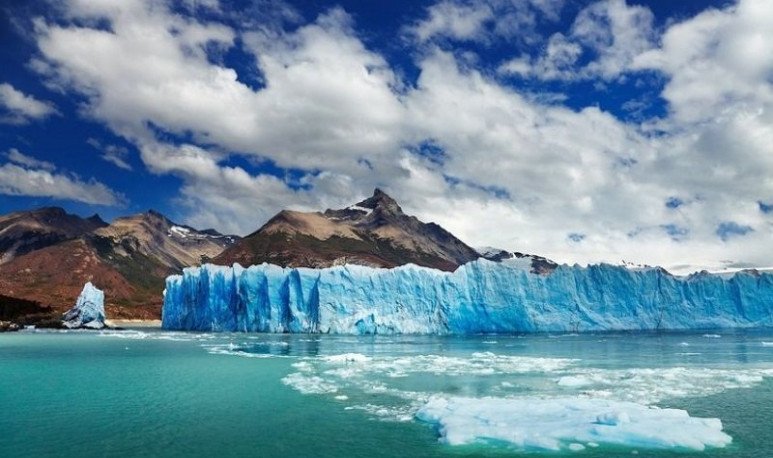 Although in the world this type of frosty masses are found at more than 2500 meters above sea level, the glaciers of the province of Santa Cruz have the distinction of being only between 1500 and 200 meters an exceptionality that allows a spectacular view, unique in the world. 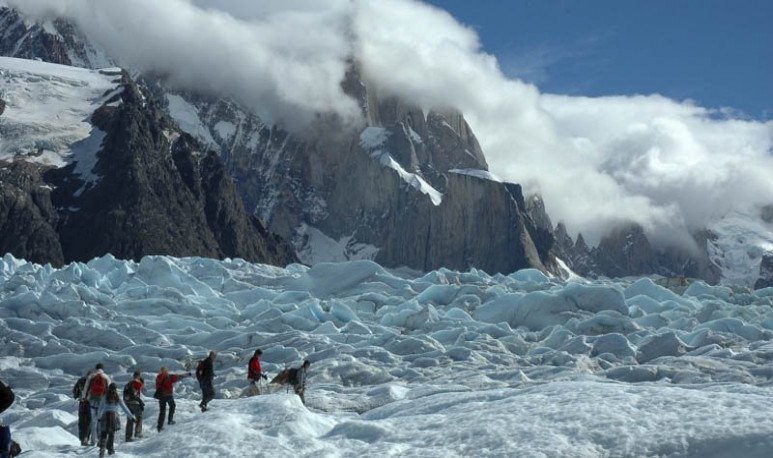 The Perito Moreno Glacier has a front of 5,000 meters long and 60 meters of average height and its total area is 250 square kilometers. A remarkable feature of this famous glacier is the fact that it does not recede, but advances daily. It can be reached by car from El Calafate on a two-hour drive. Once there, boat trips and hikes or mini-trekkings are offered.

If you want to know more about continental ice after touring the Perito Moreno glacier, you can visit  Glaciarium , a modern centre for interpretation of continental ice mass a few kilometres from El Calafate. There, multimedia shows how ice is formed and how glaciers move and represent their environment. To understand all that dynamic, it turns to the beginning of the Universe and the heterogeneous glaciations on our planet. It is possible to discover the first expeditioners and scientists whose inquiry gave an excellent understanding of all the processes involved. There is also a large 3D model of the Southern Patagonia Ice Field and the large glaciers of the region.

The tourist with less scientific curiosity can find another reason to visit Glaciarium and is its  Ice Bar . Notified as the only bar in the world made entirely of glacier ice, including seats, tables and glasses. The  Glaciobar  is so cold that you can only enter after putting on the coats and gloves provided by the sturdy bar staff. Despite the coat, you can only stay on the bar for just 20 minutes or risk becoming a permanently frozen device.

Talampaya: an amazing trip to do at least once in a lifetime

A religious tourism circuit in the historic center

The figure of women in argentinian sculpture

Puerto Deseado, between cañadones and caves