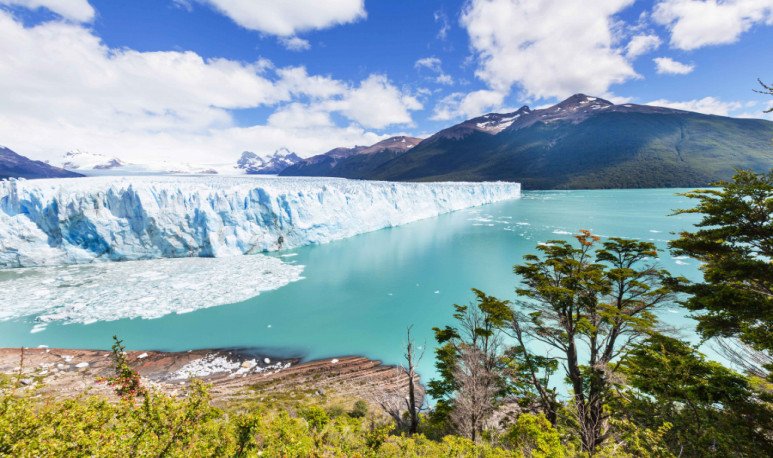 The world fame of the Perito Moreno glacier and Mount Fitz Roy seeks to be revalidated in the country by the vote of the people, next May 7, when the winners of the  competition  of the  7 Argentine Natural Wonders.

The imposing natural monuments, unavoidable landmarks of Southern Patagonia, are located in Los Glaciares National Park, the largest of the Argentine National System of Protected Areas, with an area of 726,927 hectares.
Los Glaciares National Park  is located in the ecoregion of the Patagonian Steppe and the Patagonian Forests, and its name evokes the magnitude of the many glaciers that contour the landscape of the southern mountain range, among them, and the most internationally renowned due to the ease of access and the newspaper. show of its rupture, the  Perito Moreno  glacier -80 kilometers from the city of El  Calafate  -, annually summons thousands of tourists to admire it from the 4.4 kilometers of walkways in front of the huge ice block.

The break that occurs periodically, considered as a unique natural spectacle in the world, is contemplated by visitors, although in 2018, on Sunday 11 March, it occurred at night and without witnesses.
Meanwhile, Mount Fitz Roy, 3405 metres above sea level, is the main summit of a chain that includes the hills Torre, Juarez, Guillaumet, Exupery, in the north of the park.

“Beyond the genesis of this competition or its motivation, it only recognizes an imposing natural beauty that people postulated as a factor of interest, and that is what motivated the creation of the national park 82 years ago,” said Télam Germán Solveira, mayor of the Glaciers National Park.
He stressed that Fitz Roy, “beyond how beautiful it is to see it” from the route (40 and junction with 41) entering the city of El Chaltén, “is very required by a lot of visitors who permanently come to climb, with a very complex technical level”.
“ Mountain that so many enchanted and some have managed to beat you,” says the lyrics of Homenaje, a song that the local band Siete Venas dedicated to the hill also called  Chaltén .
American climber Jim Reynolds starred in one of the climbs of the year, when Fitz Roy climbing and descending without rope on March 21, specialized portals reported.
Solveira reported that in the high season, which runs until Easter, “there was a growth of approximately 10% in revenue to the park compared to the previous year”, with a total of 38,309 recorded between January and February 2019.

He said that “above all there was a growth in terms of the proportionality of foreigners (25,789) over nationals.”
“ Overall the whole square was very full, in Calafate it was a very good season,” he said, but “punctually surprised the number of people who chose El Chaltén or the permanence of visitors who come to trekking, which is the primal reason for this visit.”
Precisely, El Chaltén, about 435 kilometers from Rio Gallegos, is known as the National Capital of  Trekking .

Misiones presented the schedule of activities for next Holy Week