In the Petrified Forest National Park of Jaramillo we live prehistory

The petrified forest has the strength to tell the history of the planet. 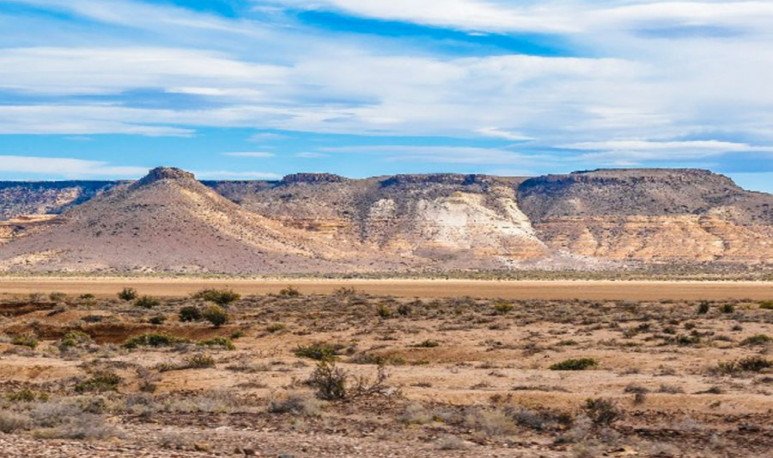 The experience of walking between gigantic trunks of species from the Jurassic era and archaeological sites that give out the presence of humans in the Holocene is possible in a unique place located in the province of  Santa Cruz : the Petrified Forest National Park of Jaramillo, candidate to be elected one of the  7 Argentine Natural Wonders by the vote of the people, in the contest whose final result will be known next May 7.

The Secretary of Tourism of Santa Cruz, Valeria Pellizza, stressed that “the petrified forest has the strength to tell the history of the planet. Santa Cruz has these places of magnificent scenery. They are always a wonder.”
With an area of 78,543 hectares, the protected area is comprised of the Petrified Forest Natural Monument (15,000 hectares), dating from 1954, and the Jaramillo National Park (63,543 hectares), created by law on 27 December 2012,  located approximately 152 kilometers from Jaramillo, in northeast Santa Cruz , on the central plateau in the Deseado Massif.

The mayor of the protected area, Arnaldo Dalmasso, told Télam that Petrified Forests of Jaramillo “has an income of approximately 4000 people a year, of which more than 30% are foreigners given that the site is listed in one of the Traveller's Guides and also recommend it for the quality attention of its staff.”

The park preserves the integrity and permanence of fossilific sites, especially Jurassic conifers and archaeological and historical sites that demonstrate human occupation during the Holocene, when populations of hunters and gatherers inhabited the area.

The administrator of the protected area explained that “the most representative formations are Bajo Pobre, La Matilde, where the Forest, Baqueró and Mother and Hija are located, a volcano that lost its characteristics and is now a hill”.

On site, a Visitor Center features a museum, toilets and the beginning of the self-guided pedestrian trail of 2000 meters in total length, with a short choice of 600 meters.
“ It presents an area of viewpoints to appreciate beautiful panoramic views and the imposing Madre e Hija volcano, 405 meters high, the highest point of the plateaus area,” he said.
The size of the logs attracts attention by mostly exceeding the meter in diameter, highlighting one that exceeds 2.80 meters, as well as “some retain their integrity without having expanded, being able to find great length, one of them 35 meters,” he said.

The site is reached by national route 3 and provincial route 49, with which the junction is located at kilometer 2.074, 234 kilometers south from Caleta Olivia, or 600 kilometers north from Río Gallegos.

Some 150 million years ago, during the Upper Middle Jurassic Period, the area occupied by this park had a stable climate of high humidity that allowed the development of gigantic trees, among which were former relatives of the pehuenes or araucarias.