Everything you need to know about Puerto San Julián

Just over 350 kilometers from the capital of Santa Cruz, the town is ideal for countless activities 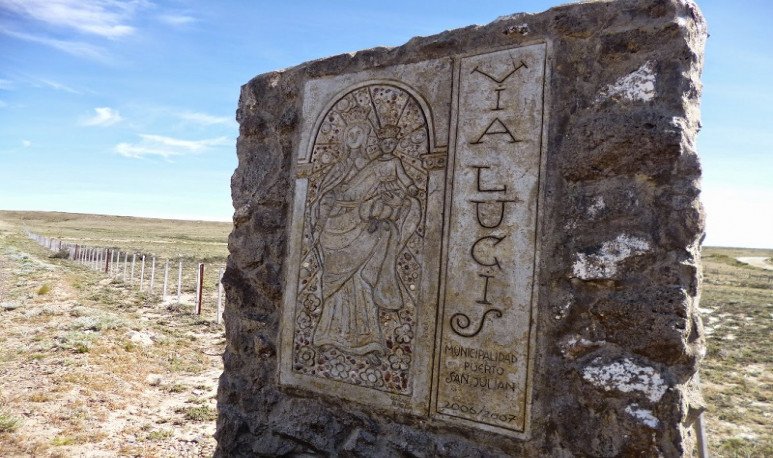 The name of San Julián was given by Hernando de  Magallanes  when he arrived in this bay on March 31, 1520. The next day, Palm Sunday, a mass was prayed, the first in Argentine territory. A monument, located at one end of Avenida Costanera, recalls this fact.

Just over 350 kilometers from the provincial capital, the town is ideal for a navigation through the bay that allows you to observe a lot of birds and descend where more than 130,000 specimens of Magellan penguins nest. There you can start the route of the Coastal Circuit, gravel road that leads by secondary roads to the beaches of the bay. 150 kilometers to the northwest is recommended to visit Estancia La María, in the middle of a geological formation of volcanic origin: it is an archaeological town with an area of 22 thousand hectares where there are 87 caves and eaves with cave paintings up to 13,600 years old.

In the Fuoco Sacro Theme Park is a Via Lucis or Way of Light, a journey through fourteen seasons in which the resurrection of Jesus, the encounter with the apostles and his ascension to heaven is celebrated.

It has cement bas-reliefs, made by the Santafesino artist, Luis Quiroz, which are decorated with snails and stones from the santacruceña marine coast, placed in volcanic stone walls.

It is the first Via Lucis in the country with free and free admission and accessible to people without vision and visual impairment. In each station there is a plaque in braille with their respective information.Because of its bucolic and stripped nature, it is an invitation to encounter with oneself, through the silence and rumor of the Patagonian winds.

At the port, the traveler can get to know  Nao Victoria , the only one of the Magellanic Navy who managed to cross the Strait of Magellan and go around the world. There are objects of daily use, navigational instruments, artillery, and also figures of some characters of the expedition.

Monte León National Park, 159 kilometers from Puerto San Julián and about 200. from Río Gallegos, is the first Coastal National Park in the country that rescues the ecosystems of the plateau and the coast with a rich variety of flora and fauna. With an area of more than 62 thousand hectares of Patagonian steppe and 40 kilometers of protected coast, there you can visit the Cañadón de los Guanacos, the viewpoint of Cabeza del León (whose geoform gives its name to the Park), the Penguinera and Lobería trails, and Monte Leon Island, among others. The capricious forms of the coast, the island, sea lions, penguins, and a variety of birds are their main attractions in a landscape of high cliffs, rockeries, small bays, beaches and restingas that are discovered at low tide.

We thank Ente Patagonia Argentina for the pictures and material

Lake Buenos Aires, the favorite place of the santacruceños

Try: how much do you know about Puerto Deseado?

Something else to discover in Mar del Plata

How much do you know Mar del Plata

Another National Park that reopened its doors