Cañadón Caracoles has an interesting landscape, sports and cultural offer. 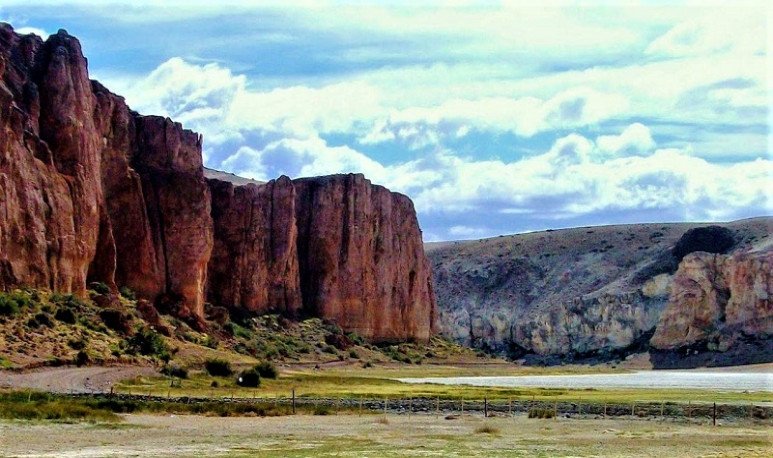 Cañadón Caracoles  is one of the most accentuating attractions in the north of the province of  Santa Cruz  : a landscape, sports and sports offer cultural activities  for domestic and foreign tourists (also provincial) and that almost every person can do so. The minimum age is 12 years and must be accompanied by an adult. Then, what is going on to this Cañadón is the desire to enjoy nature.

The expert Maximiliano “Pachi” Castillo is part of the Andean Club Pari Aike, a group of approximately 60 members formed 6 years ago and currently looking to end the procedures to have municipal legal personality and thus develop a palestra, a space to practice.

“Pachi”, as is known to his friends and close people, is the guide to the  Patagonia Park  and also climbing monitor of the Argentine Ski Federation and Mountaineering (FASA). He says that the climb to the cañadón begins with a small introductory talk to teach the tools and material for climbing, which has different difficulties, from the easiest to the most difficult degree: everything is explained by him, showing and intensifying the desire that those present already show. Comfortable, indispensable clothing.

First there is a “ rappel baptism ”, which means a vertical descent, and then a simple climbing called “top - rope” with rope, from an anchorage they have installed at the top of the track, says the Castillo guide.

The Cañadón Caracoles is not a place that has been exploited touristically for a long time; its great potential is recent and so it is shown in each climber who is happy and amazed at what he has done: “Currently there are about 80 tracks but there could be thousands”, he sincere enthusiastic Pachi, he adds that, who participate, are from all parts of the world, as it is often complemented by the climbing destination that can and is  El Chalten . Although the distance is more than 500 kilometers, these people are determined to enjoy the aforementioned, but also the Almond, which can also be quickly accessed by the same routes.

Potentiality is given even more because the one who connects this natural and climbing landscape is the  RN 40 , internationally recognized for joining Cabo Virgins, near  Gallegos River  , with  La Quiaca (province of  Jujuy ), north. Its history and its route of almost 5,200 kilometers, encourage the arrival of diverse and potential tourists and lovers of the cañadones and all the flora and fauna that surrounds them.

Castillo did not want to stay alone with “normal” sports, from which he wandered several times, but on climbing he found comfort. In his adolescence he felt caught by the activity: “I chose climbing with difficulty - which is quite demanding - not only in the physical aspect, but because of its psychological component. From the spiritual point of view, it is preparing and even dreaming that you climb the mountain. When you do it, it fills your spirit, it is food for the soul,” he says in a deep and sincere way.

Climbing is not only part of Pachi's work, it is his lifestyle because it is always recognizing and sharing trips with diverse people and experiences, thus generating a community that is developing and learning heterogeneously.

This adventure can be done by staying in the town of  Perito Moreno  without problems, although tourists can also stay inside Patagonia Park in a refuge in the deep Patagonian steppe located in Portal Cañadón Pinturas, where the guide can search them. Nature and enjoyment of it, so desired, is possible and it is here, in one of the great corners of the province of  santacruceña .