Home Travel Santa Cruz What did Charles Darwin do in Deseado Port?

An excursion in the footsteps of the naturalist in Patagonia. 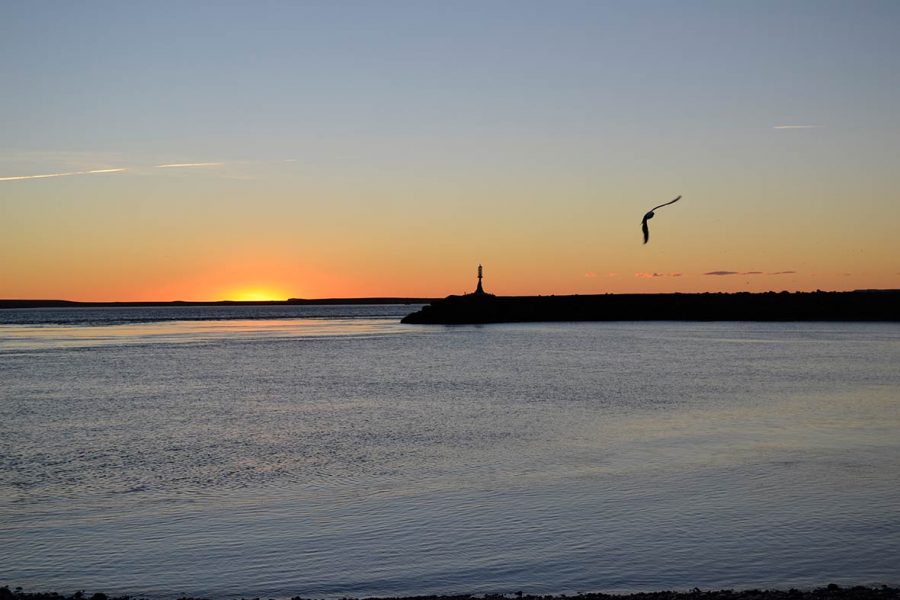 On his journey aboard the HMS Beagle in late 1833, the English naturalist Charles Darwin camped in the solitary estuary of Puerto Deseado . His passage through this place was eternalized in detailed daily notes and accurate drawings on plates. At present, excursions are highly requested by visitors who are excited to get to know the landscape heritage of the place. It is a way of walking on the steps of that character who revolutionized science his research on the origin of species. “There is nothing but solitude and desolation, and yet it feels like an intense pleasure. (...) Everything that surrounds us today seems eternal,” the scientist wrote in his notes.

The so-called “Camp of Darwin” is located south of the city of Puerto Deseado, a 90-minute drive, about 42 kilometers estuary inside. To get there, you must initially take National Route 281, for a stretch of approximately 20 kilometers until a detour to the southwest on Provincial Route 47, which is rubble. After crossing the estuary by a bridge, 20 kilometres of road leads to a 19th century stay that is currently supplied with renewable energy.

The tour offers the opportunity to contrast the notes of English Darwin with a desolate landscape, in which there are elements of nature that seem to have not passed them the years, are there unknowns as they were plotted. The fact that man has not altered the sound score in which the silence is linked cadentially with the angry wind of the steppe along with the rolling of the undecipherable variety of fauna that is grouped in that area.

Tourists can choose between two types of excursion : one full day and one overnight, which extends to three days and two nights. In both cases the quotas are small, thus avoiding the impact of visitors on the archaeological and geological heritage of the site.

Magellan traveled through these waters for the first round the world in 1520; the English privateer Thomas Cavendish, who named him “Desire”, in homage to his own ship. Darwin arrived aboard the Beagleon December 23, 1833, heading south south.

Conrad Martens, the cartoonist of the Beagle who escorted him on walks, immortalized an image where, among raves, you see a volcanic stone of 20 meters, which is dodged by the river meandering. Those who visit the place, 186 years later, will know it as “Darwin Viewpoints”, one of the main attractions of Desired Port.

The English devotes a chapter of his book to his stay in the area, which he called “the Patagonian Galapagos”. The naturalist was surprised by fossil remains found in this area, which were triggers on the extinction of the species and their causes. In particular, he also noted “birds that do not fly” and from his observation of ñandú, penguin and steam duck, he deepened his analysis of adaptation to the environment.

The Beagle journey lasted about five years, between 1831 and 1836. He departed from Plymouth, England, and passed through Cape Verde, on the west coast of Africa; crossed the Atlantic Ocean to stop in Bahia and Rio de Janeiro, Brazil, and Montevideo, Uruguay. Puerto Deseado was one of the stopovers of his passage through Argentina. His journey reached the shores of the Pacific Ocean by Tierra del Fuego and climbed the western coast of South America, before arriving in Australia on the return stretch that would deposit him back in England.

A thread of water that grows and decreases with tides

The Deseado Ria is the largest in America of the South, with an extension of about 50 kilometers. Every day, every six hours and fifteen minutes, suffers pleamars and bajamares that adjust and reshape its channel.

The navigable portion of the Ria reaches