Caleta Olivia, in Santa Cruz, offers a combination of natural beauty, cultural walks and history that attracts thousands of tourists. 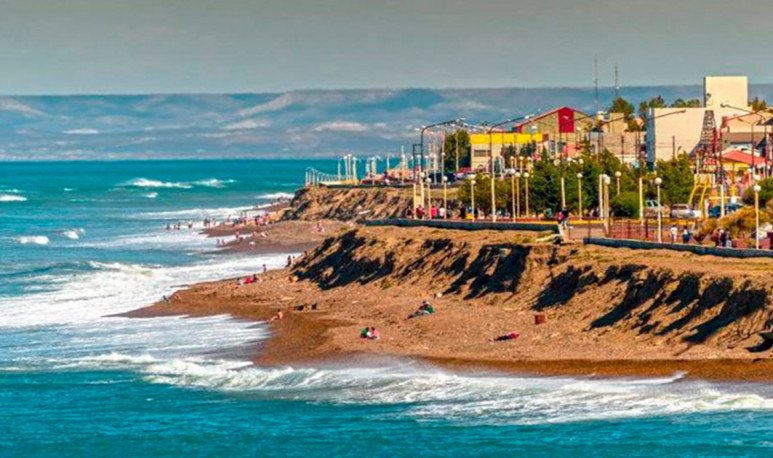 Caleta Olivia is a city close to the border with Chubut. Although it shares the Gulf of San Jorge with the Chubutenses, it is part of the province of Santa Cruz. It is considered the gateway to the lands of Santa Cruz where lies one of the 8 natural wonders of the world: the Perito Moreno Glacier.

The name of the city has its origins in a beautiful history that took place in the last century. According to some historians, Caleta Olivia was born when the first lines of Comodoro Rivadavia's telegraph began to be built. On one of those trips carrying cables and poles, a lieutenant discovered a small entrance to the sea into the mainland (a cove). They say she was so beautiful that she called her Olivia, in honor of his wife.

A history linked to oil

Caleta Olivia is, after Rio Gallegos, the most important city in the province due to its commercial and oil movement. Besides, it has a lot of untouched history to explore. For example, its symbol par excellence: The Gorosito. This is a 13-meter monument, built in honor of the oil workers. Opened on December 13, 1969, it keeps a very funny anecdote about that day. Only the pants of the monument were inaugurated, as they did not manage to fit the bare torso to the structure. Finally, after two days, and with the collaboration of more than 600 workers, an operator with a crane managed to locate it.

Another of the cultural attractions of this city is the 26 June Theme Park. This place is located 700 meters from the central town to the west of the city. There you can see various elements linked to oil processes, such as a large wooden drill tower. The building, of German origin, is 11 meters high.

Nature to preserve and contemplate

The tour along the Blue Route (RN 3) offers a window to appreciate the Patagonian coastal landscape. Cliffs, fine sand beaches and rolling edge are part of the postcard of the place. There are more than 100 species of birds and almost 20 species of marine fauna. A unique view to contemplate the grandeur of Patagonia!.

In addition, 10 km from the city, is the Caleta Olivia Municipal Nature Reserve. You get to this by passing through the RN3. It preserves a colony of between 400 and 600 sea lions with a hair in danger of extinction. Also, a lot of birds such as seagulls and cormorants.

Without a doubt, Caleta Olivia has a privileged natural attraction , where the best of the Patagonian fauna predominates. Guanacos, martinetas, European hares, caranchos, eagles, small cuis, blackberry eagle, among others, are possible to see during the tours along the natural trails .

A small saw? The mountain range

The Stock Exchange: a not so secret paradise