Home Travel San Luis The Astronomical Park of La Punta, an attraction that San Luis offers for this summer

A wide variety of activities for all ages attracts more and more tourists looking to combine fun and knowledge. 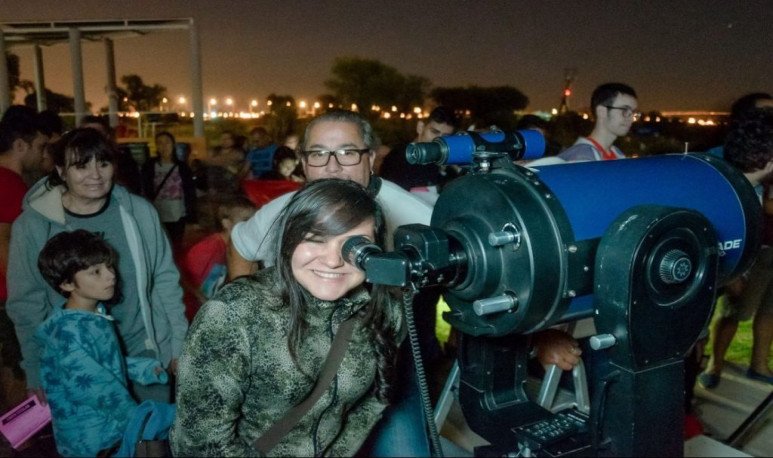 The Astronomical Park of La Punta, 20 kilometers from the capital of San Luis, became a tourist attraction that combines fun and scientific knowledge, free of charge and for all types of visitors, reported authorities of the institution.
Astronomical Nights, the Solar of Miradas and the Planetarium are some of the attractions that this site has been offering for 10 years.
The so-called “Astronomical Nights” give the possibility, Tuesday and Thursday from 20 to 23, to observe the pristine Puntano sky with telescopes and participate in the activities of the Interactive Science Center, among others.
There are also the functions offered by the Planetarium — every day, every hour, from 10 to 19 — where an interpretation of the sky is offered from the mountains of San Luis, so that, upon leaving the building, visitors can recognize the stars, planets and constellations they observed inside.
Another option is the Solar de las Miradas, the first naked eye observatory in the country, composed of instruments prior to the invention of the telescope, which allow us to know the universe as it was done in antiquity, every Saturday and Sunday from 10.30 to 18.30.
The new attractions incorporated for this season are “Think the Sun”, which consists of a use of solar telescopes found in the park, added to a virtual reality game. These activities are held on Mondays, Wednesdays and Fridays at 20.
It also adds “My First Rocket”, an interactive workshop for children where they are taught the basics to build their space prototype and put it into operation. This workshop takes place Thursday and Saturday at 19. Finally, “Roboscope” allows to simulate becoming an astronaut and operate a solar probe. The activity takes place Thursday and Saturday at 20.

The long Christmas holiday mobilized 1.6 million tourists across the country