Sierra de las Quijadas National Park reopens on Saturdays, Sundays and holidays, a reservation must be made with prior registration via email. 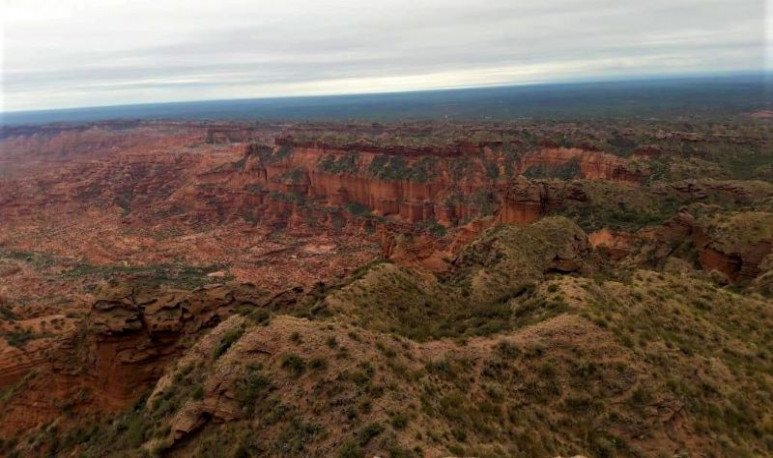 Sierra de las Quijadas National Park  will allow visitors from the province of San Luis, as well as residents from the rest of the country who meet the corresponding traffic requirements established by the health authorities.

In this new stage, the protected area will open on Saturdays, Sundays and holidays from 8:00 to 14:00, with a closing for the expected entrance at 12:00 and a maximum capacity of 200 people per day. A single health module will be enabled in the Reporting sector.

To access the Park you must make a reservation with prior registration via email sierradelasquijadas@apn.gob.ar 48 hours in advance. Reservations will be made during the week from Monday to Friday at 12:00.

The permitted activities are hiking and trekking, with the modality of groups of not more than five people. The areas enabled are the  Los Miradores trail , with a maximum capacity of 60 people per batch, and the Flora Nativa trail, with capacity limited to 30 people per shift.

Overnight stay is strictly prohibited. In this first instance the trails Los Farallones, Los Guanacos and Las Huellas del Past will not be enabled. The camping area “Don Pilar” will be closed to public use.

From afar little can be guessed about the lonely mountain ranges that unfold northeast of the province of San Luis, emerging from the aridity of the surrounding plain. But almost twenty-five million years of geological history have left their testimony in the splendid amphitheater called  Potrero de la Aguada , located in the heart of the mountains. In this paradise of paleontologists, fossil remains of dinosaurs and flying reptiles such as the curious pterodaur have been found, with its remarkable jaws recurved upwards. An ecotone is distinguished in this National Park between the Semiarid Chaco and Mount de Llanueras and Plateas, where species from both ecoregions converge, further enriching the place.

The climate throughout the National Park is arid serrano with marked thermal amplitude, both seasonal and daily. The ideal season to visit is from April to October, to avoid high temperatures.

If we talk about its flora when visiting it we will observe the famous bushes of the ecoregion of Mount Plains and Plaetas are  the jarillas . In the Chaco Seco we find carob and white quebrachos, as distinctive elements. They are joined by several endemic plants, among which stands out “la chica” of very hard wood.

The cast of the fauna of the National Park includes maras, gray foxes, pumas, guanacos, collar peccary and brown eres, list to which you must add the small pichiciego, an armadillo in danger of extinction. Birds are not missing, being represented with species such as martinetas, blackberry eagle, necklace swift, condors, Coronada eagle and Cardenal Amarillo, both endangered by loss of habitat and trapping.

How to get to Sierra de las Quijadas National Park

From the City of San Luis, by RN 147 to Hualtarán on Km 922 where the entrance to the park is located, are 120 kilometers. The Puntana capital receives buses from all over the country, and flights from Buenos Aires, Cordoba and Mendoza.