San Juan is a place to take things easy, explore local landscapes and savor a variety of wines. Discover it 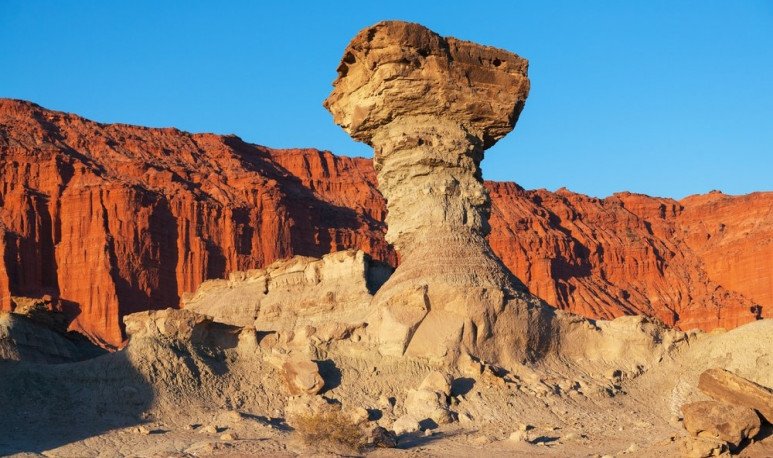 This small provincial capital is the second wine-producing city in Argentina, but don't expect it to be like Mendoza. San Juan is a discreet city that is an excellent starting point for exploring picturesque national and provincial parks such as El Leoncito and Ischigualasto.

Unlike many historical sites in Argentina, the provincial capital is quite modern to be over 300 years old. This is because most of it was destroyed in the earthquake of 1944. Compared to Mendoza, it is much less touristic and the pace of life here is a little slower. San Juan is a place to take things easy, explore local landscapes and savor a variety of wines.

Let's explore the best things to do in San Juan: 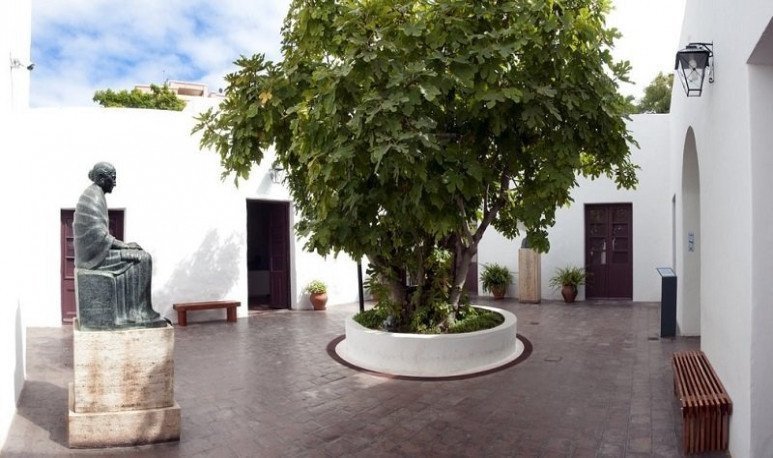 The birthplace of Sarmiento is a National Historical Monument dedicated to the educator of the Americas. Ahead of his time, Sarmiento is known for his intellectualism and his work fighting for public education, including women's right to education.

This house is a testament to his life. Visitors can see the room where the procerer was born, one of its desks and a dinner set used during his tenure as president from 1868 to 1874. Many of his original writings and manuscripts are observed, we recommend a guided tour to learn more. 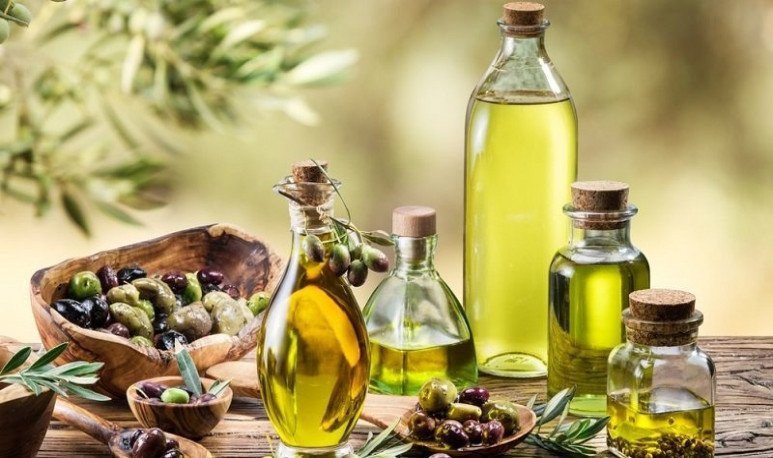 San Juan extra virgin olive oils are beginning to make a name on the international market, and here is a small tourist route through the olive grove area.

Olive trees love the same rocky soils and harsh climates as vines, so even though they are not native to Argentina, olives grow beautifully in the Tulum Valley.

Visit family olive farms, a museum in your honor and olive oil factories along the Olivo Route (RN 40 mainly) and learn how olive oil is made.

Outside the city, the Campo de Olivos farm offers tours of the plantations and their production line. They also show guests how their olive oil is still made using the old cold pressing technique. There's no way you won't leave with at least a bottle or two.

To learn more about the beginnings of the city, visit this museum that details the history of San Juan and the earthquake that destroyed it in 1944. Admission is free, there are interesting tours and there is a lot of information in a small space. It is located inside the old railway station. You can even enter a earthquake simulator to see how the tremor felt at that time.

There are photographs and old newspapers showing what the city was like before the devastation of the earthquake, and how it was relocated and rebuilt.

This is the perfect place to relax in the city, with lots of green spaces, a lake, a fountain and some monuments along trails to enjoy. There is also a children's playground and the Museum of Fine Arts, a convention centre and an auditorium nearby.

Occasionally, you'll see street artists or bands settle in the Park, an ideal time to enjoy with a matte in the medium.On Sundays, there is a lively craft fair where you can find vendors who offer their handicrafts along with food-track and kiosks.

Feed the ducks and the many goldfish of your lake. It is also ideal for a little exercise or a picnic surrounded by nature. 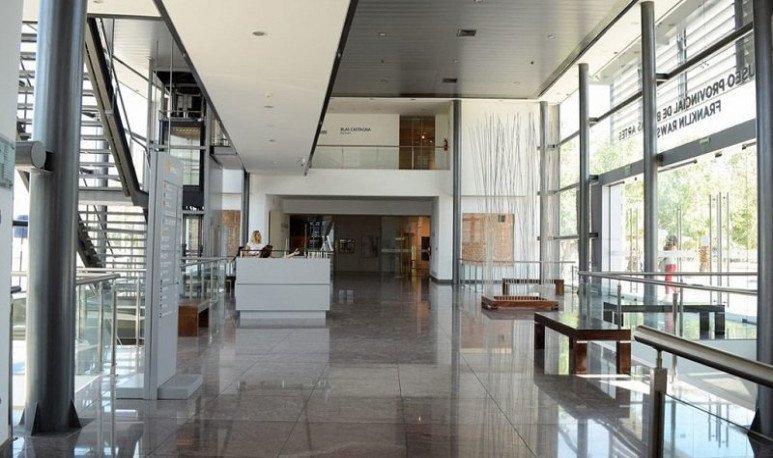 A beautifully modern, bright and impeccable building, this museum houses works by European and Argentine artists. With five ever-changing showrooms and exhibitions, you'll find paintings, sculptures, sketches and photographs on both floors.

The staff is friendly, the entrance is cheap and there is a small shop on the ground floor where you can buy some souvenir. Along with all modern works of art, this museum also has an auditorium, a library and a confectionery shop. 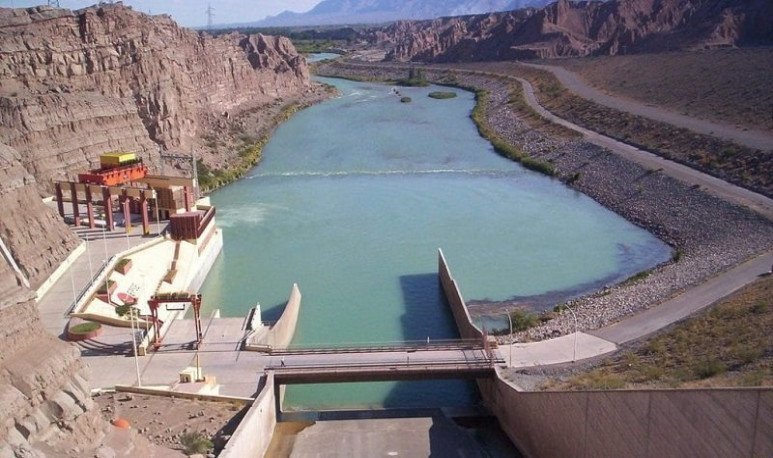 On weekends in the summer, the inhabitants of San Juan flee the city to visit the closest thing to a beach. This hydroelectric dam creates a reservoir where you can fish, boating or simply rest in the sun.

You will have great views of the red Andean foothills contrasted with the green blue water of the lake. There are hikes, bike routes to explore, sports clubs to visit and many people picnics or roasts at noon.

Located just 20 kilometres from the city, you can easily visit it in a day or stay at one of the many campsites or hotels nearby.

If you have time do not miss the El Leoncito National Park. There are over 90,000 hectares of charming geography, plains located right next to the Andes, and archaeology in ancient adobe and stone constructions.

There are three walks through the Park that will take you for a stroll along Cerro El Leoncito, between herds of guanacos, streams and waterfalls. You will see the house of the old estancia, which was used as an outpost by the Army of the Andes.

The park rangers can provide you with plenty of information, and you can camp for free, making use of their showers, grills, stoves and bathrooms. We recommend you to wear a coat, even if it is summer, because at night the temperature drops a lot.

Looking at the cosmos in world-renowned astronomical observatories

If you are going to El Leoncito, make sure to spend the night so you can visit the two world-famous observatories located there. Due to its remoteness, lack of pollution in the environment and the dry climate, the Park is a perfect place for stargazing.

Visitors can enter both observatories. The Leoncito Astronomical Complex (CASLEO) and the Carlos Ulrico Cesco Astronomical Observatory (CESCO), where you will find a 40-ton telescope and a small collection of photographs and historical information.

Much of the work done in these observatories has been a collaboration between Yale University and the National University of San Juan. Teachers are the ones who take the guided tour during the day and hold stargazing meetings at night: the Milky Way will catch you surprisingly clear.

Along with Mendoza, San Juan is part of the wine producing region of Cuyo, and the area surrounding the city is home to countless wineries. The dry Tulum Valley, next to the Andes, is fabulous for growing grapes, such as Syrah as the predominant varietal, but many other reds and whites and even sparkling wines are also made.

They produce just over 20% of Argentina's total wine, so you have to go to some vineyards while you're here. There are 14 wineries on the Wine Route and you can rent a car take a taxi to take the tour.

There are explanatory talks on some circuits, a wine museum in one and tastings, sometimes free, in all of them.

If you're lucky enough to be in San Juan in February, you can celebrate the wine-growing process during the National Sun Festival with cultural shows, live music and dance.

Valley of the Moon

The strange rock formations established in the Provincial Park of Ischigualasto remind a lunar landscape, and therefore the name “Valley of the Moon” is quite appropriate. I learned all about the dinosaurs who used to wander here during the Triassic Period and look at the fossils to prove it.

The ticket price is low, and it is worth signing up for a tour in a 4×4 vehicle with an expert guide to learn even more.

Take your camera and visit the naturally sculpted formations such as the “Painted Valley” and the “Bochas Court”. It is about 3 hours by car from the capital Sanjuanina, but the route is beautiful and is a totally underestimated National Park.

The Historic Cell of San Martín

Learn more about Argentine history at the Convent of Santo Domingo, where General José de San Martín spent the night before crossing the Andes. There are photos, furniture and even clothes that have been preserved.

This convent and National Historical Monument is the oldest building in the city, having miraculously survived the great earthquake. Its walls are adobe and the three large bells of the eighteenth century.

It is a great place for lovers of colonial architecture and for those who want to see where the famous general put his head as he prepares to free Chile and Peru. 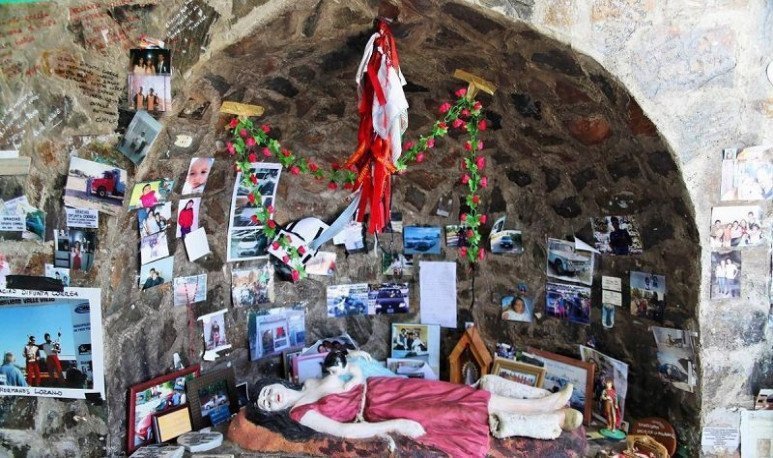 It is one of the most peculiar attractions in the area, this sanctuary receives many pilgrims throughout the year. Located in the village of Vallecita, the place is dedicated to the mythical figure of Deolinda Correa, an Argentinian woman who lived in the 19th century.

After her husband was forcibly recruited by the army, she went on her way through the desert and died on a hill with her baby still sucking her chest. Some shepherds found her body, rescued her baby and buried her there.

It is said that his spirit prevented the shepherds from losing their herds and saved a famous gaucho from losing his cattle. Now many local people ask for protection from the Dead Correa and bring offerings to the site of her grave as a thank you.

Along with a statue of his dying body, there are numerous offerings deposited there in improvised chapels, such as car patents, house models and baby carts.