Work is progressing for the construction of a tourist center and an air park in the province of Sanjuanina. The work promises to be a great holiday alternative. 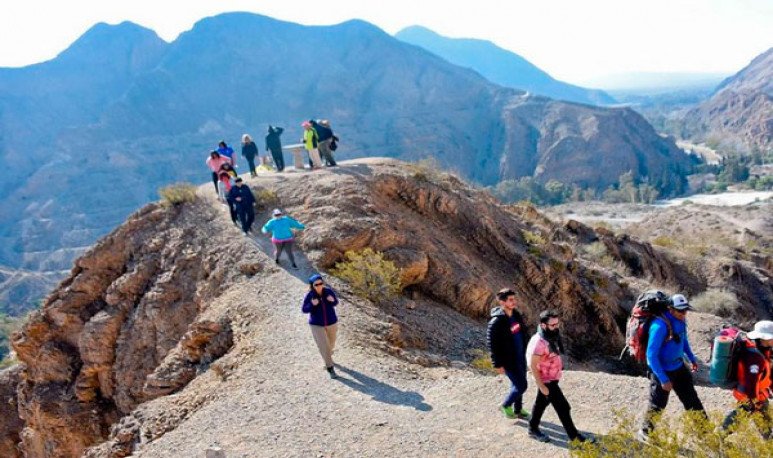 The province of  San Juan  continues to bet on tourism and on this occasion it realized a project that has been devised for some years. It consists of building in the  Quebrada de Zonda  a tourist center that will have an air park. This is an  investment of $60 million pesos  that will be granted by the national government. The majestic work moves towards a new stage that seeks to enhance the  recreational activities  that can be performed there, although irrigation and an adventure center are also contemplated.

Other maintenance tasks have already started in the area, such as the improvement of the former spa of the gorge, cleaning and leveling the land in the 10,900 square meters where the mega construction will take place. It will also have a well-lit space that will be used for bikes, pedestrian paths and furniture. The funds were earmarked by the  Ministry of Tourism and Sports of the Born and part is funded by the provincial government. The initiative seeks to attract more tourists to the Quebrada de Zonda in a comfortable, fun and modern environment where  the whole family can enjoy.

Authorities said there will be zipline, games for children, service area and even bike rental, among other attractions. The provincial government showed strong enthusiasm for the beginning of this phase and assured that  the project represents an injection into the economy of the sector  as it will generate sources of work for the Sanjuanins and become a tempting proposal for the  national tourism.

The investment represents the  tourist and cultural revaluation  of the area providing a strong development for the region. Thus the construction of the park included three fundamental elements that included  infrastructure, sports and cultural networks.

Things to do in Quebrada de Zonda

It is located just 17 kilometers from the capital of San Juan near the departments that make up Gran San Juan and other important tourist attractions of the province such as the Interlagos Route.  It is one of the Cuyana areas that grew the most in recent years  as it has  great potential for adventure tourism, especially mountain tourism. La Quebrada de Zonda offers full contact with nature as it is surrounded by the beautiful landscapes of the precordillera Sanjuanina. Today  you can go hiking, mountain trekking with different levels of  difficulty, all attractions that allow you to travel through its geography, history, monuments and mysterious caves.

It also has an autodrome that was inaugurated in 1967 under the name of  El Zonda, although today it is named after the renowned San Juan rider,  Eduardo Copello and is considered one of the most difficult circuits in Argentina due to its particular layout.It offers a viewpoint with an incredible panoramic view of the track of almost 3,300 meters and a peculiar work of art that reflects the spirit of the ancient inhabitants of these lands embodied in the work of sculptor Luis Perlotti, who gave life to a spectacular sculpture called  “Head of the Indian & Indianrdquo;.

A whole world to discover...