In the heart of La Puna, in San Antonio de los Cobres, a magical place where you start your journeys through the Puna Salta. 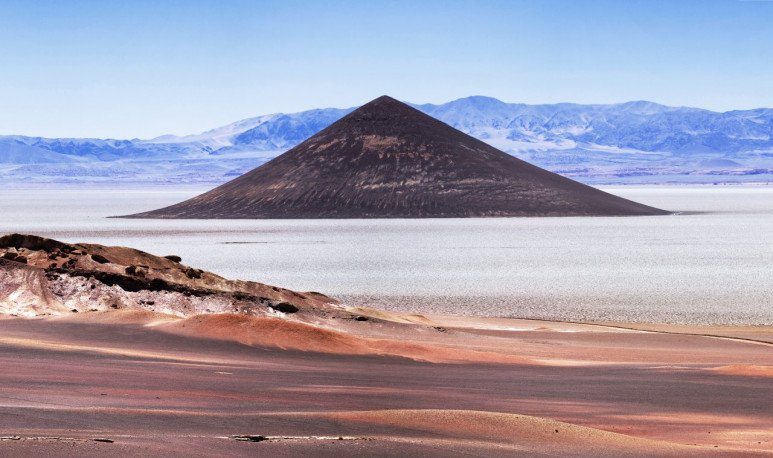 The  puna  develops in the western end of the Argentine Noro, has an arid climate and means in Aymara language means  “moor or cold earth” . The region is between 3,800 and 4,000 meters above sea level (masl), contoured by volcanoes reaching 6700 meters and covered with salt groves. Among them is the largest in Argentina and the third in the world: the Arizaro salar. Thus, the puna is a special circuit for those who wish to do adventure tourism.

San Antonio de los Cobres is 167 kilometers from the capital of Salta and about 3775 meters above sea level at the foot of Cerro Velvet, named for its soft texture. A must visit is the church and enjoy the streets of this sublime place in the heart of Puna Salteña, where buildings still treasure ancestral techniques such as adobe and thatched roof.

It is one of the magical spaces of Salta due to its tradition, which is linked to the construction of the C-14 branch linking the Argentine North with Chile, and where the Train pilgrims to the Clouds, being the Viaduct la Polvorilla the most notorious tourist attraction of the route.

The Pachamama will be held in August. Its holiday begins with a procession and is eternally with the treat in a well that embodies the “mouth” of Mother Earth, where boiled meats, corn, dried, spicy beans, empanadas, Andean potatoes, mote and piri are thrown, made from corn flour and flame fat. In relation to drinks, chuya is offered on that day, a handcrafted drink made with corn and quinoa. The whole rite is carried out accompanied by the aroma or saumo of the chacha (bush of the area).

In addition, in its grandiose natural theatres, San Antonio de los Cobres offers the possibility to be filled with adrenaline and excitement when hiking or mountain biking in the middle of an incredible landscape.

Located almost 400 kilometers from the provincial capital and surrounded by volcanoes such as the Lullaillaco that refer the history of its ancient villages, Tolar Grande is an amazing place to enjoy the impressive beauty of the puna, with its huge salt and sea eyes that make up an unforgettable spectacle.

Another option for the affections of adventure is to make excursions in 4x4 vehicles to the salt flats of Pocito and Arizaro, passing through Vega Chascha, seeing the famous erosion pyramid called Cono de Arita.

La Maiden, La Niña del Rayo and El Niño are three pre-Hispanic mummies found in 1999 at the top of Llullaillaco volcano, in excellent state of conservation. The place is called “the Sacred Mountain”, elected as a sanctuary to make offerings in the commemoration of ancient towns in the area. This Andean treasure can be seen in the Museum of Archaeology of Alta Montaña, in the capital of Salta.