Home Travel Salta Train to the Clouds: connecting Salta with the sky 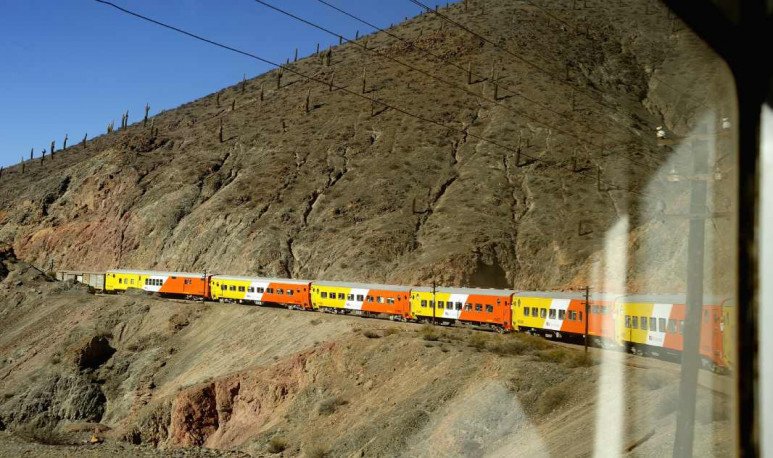 Tren a las Nubes is one of the most important attractions in northern Argentina and is in  La Linda . The tour does not start by train, it starts on a bus that takes us through different  tourist points  until we reach San Antonio de Cobres. This journey starts very early in the morning, at Salta Train Station. On the way you pass through Campo Quijano, Viaduct El Toro and the Yacoraite Geological Formation as photo stops. After three hours of travel, the bus stops at El Alfarcito Fundación Padre Chifri, where travelers enjoy a picnic breakfast.

After breakfast, the bus continues its way to San Antonio de Cobres Station: there really begins the adventure on the Train a las Nubes. The destination of the train is the Viaduct La Polvorilla, the place where a bridge and sky bounds the image of the Train to the Clouds. There passengers can get off the train and get to know the place.

The Tren a las Nubes is a  ferrotourism  model that summons thousands of visitors from all over the world. In 2022, he will turn his first 50 years. Traveling by train is quite an experience, more if the tour shows us the largest engineering works of the last century in Salta. The regions of La Linda always give away unique, unforgettable landscapes, where the natural structure seems to make up for each photo. From the train we can marvel at the picturesque and rustic combination that the tour offers.

The select group of trains to heaven

The name and the legend

The railway was dubbed Tren a las Nubes by a film documentary made by Tucuman photographers. The artists asked the driver to release steam from the locomotive, which generated a unique effect. The finished documentary was delivered to the railway and then to journalist Emilio Petcoff. The latter, seeing the scene, called it “Tren a las Nubes”, the name that Ferrocarriles Argentinos would take for the tourist train.

The  culture  of northern Argentina has a strong bond, and we see it today with a legend. The inhabitants of the region consider Tren a las Nubes as the direct intermediary between earth and dreams. This cultural interpretation allows the puna  salta  to merge with heaven.

The tourist rail service meets rigorous international quality and safety standards. You have the necessary adaptations so that no one is left out of this unique Train to the Clouds experience. An engineering work that puts the Salta machinery, without wings or turbines, on the edge of the sky.

A mysterious castle in the south of Santa Fe

3 proposals for boys in Rosario