Undoubtedly, one of those phenomena that you need to know firsthand. 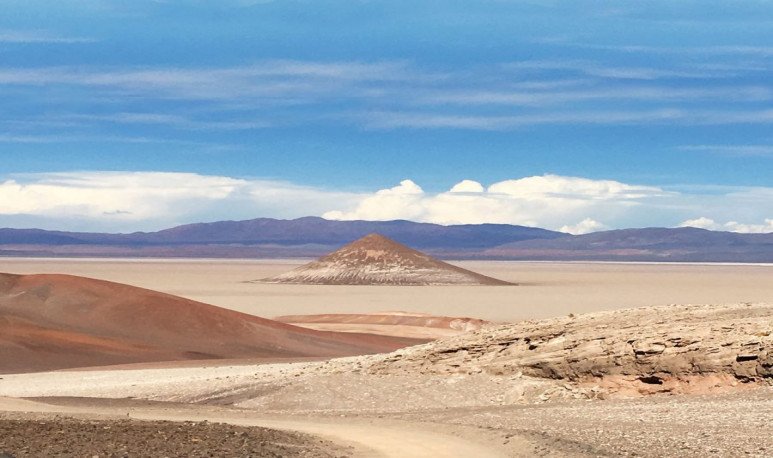 Civilizations that passed through our lands before us left innumerable traces, many of which we cannot yet explain. In the province of Salta there is a unique geoform, located in the spectacular Arizaro salar, whose origin is still a mystery.
At 80 km from Tolar Grande, the Salar de Arizaro is the largest in Argentina and the third in the world, with more than 3000 meters of altitude and an area of 1600 km2. At the southern end of this salar is the Cone of Arita, an almost perfect conical shape that rises 200 meters above the level of Arizaro, and is considered the most perfect natural cone in the world.
The origin of this form is unknown and there are theories that link it to a possible Inca ceremonial center. To get to know the Cono de Arita, leave Salta on Route 51 towards San Antonio de los Cobres and take Provincial Route 27. It is advisable to go with guide, and in spring or autumn.
The Cone of Arita is, without a doubt, one of those phenomena that you need to know firsthand.

The secrets of Diagonal Norte, the avenue nominated as a Cultural Heritage of Humanity