Home Travel Salta Salta, the most chosen destination in the summer season 2021

Salta was the province most chosen by tourists in January. We tell you the most visited destinations and what makes it so magical. 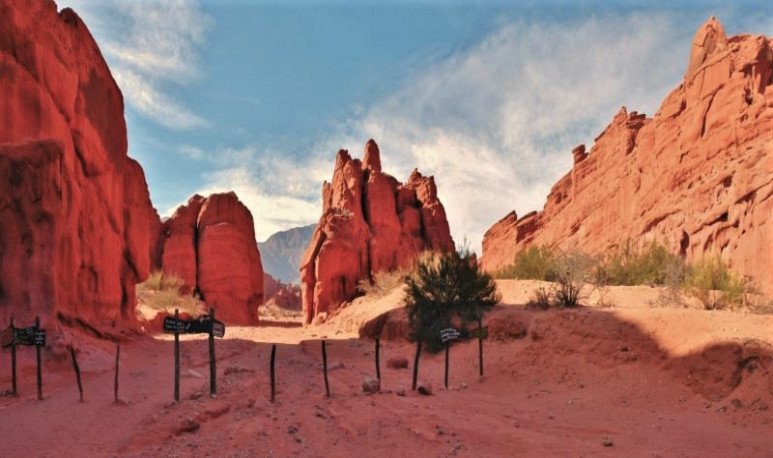 In January,  Salta  was the most chosen destination for tourists, according to data from the  Ministry of Tourism and Sports of the Nation  . This province of Northern Argentina has many places to visit, for example, Cerro San Bernardo, where many  Salteños  and visitors come to spend the day with friends and mates.

They call it “ La linda ”, and it is “so cute that she falls in love”, without a doubt thanks to its architecture of colonial times, where you can admire it from its cable car, also from its Tren a las Nubes. Likewise, what makes it magical and unique are its bars, along with its typical meals (empanadas, mote, locro, among others), and what to say about the peñas such as Casona del Molino where salteños and prominent figures of folklore visit the place from Thursdays extending during the weekend , where unforgettable guitarreadas are assembled every night, thus setting a trend throughout northwestern Argentina.

One of the most visited destinations in the Salteño territory is La Quebrada de las Conchas, it is a nature reserve located near  Cafayate . This place has amazing rock formations where you can see: El Sapo, El Amphitheatre, El Obelisco, Los Castles, Las Ventanas, La Yesera, El Fraile and La Garganta del Diablo.

Next, we tell you about each of them.

Next to the route is this particular formation that many say looks like a toad. In addition, the figure looks even more like this  animal  because visitors placed stones in the place of his eyes.

Los Castillos is another of the formations of La Quebrada de las Conchas, which were shaped by erosion for millions of years. Its name is due to the similarity of the shape that rocks that look like high castles acquire.

It is a rock that acquires a pointed and high-rise shape. This is the most popular stop where tourists take photos next to this natural monolith. It is also located next to the route.

Due to its peculiar shape it acquires an excellent natural acoustics, that is why many musicians from Salteño as well as other provinces visit the place to play their regional instruments. It should be noted that many visitors arrive on tours to visit The Amphitheatre.

Near Los Castillos is Las Ventanas, a huge rock formation with holes that look like windows recessed into the rock.

Salteños argue that La Yesera is one of the best places to know in La Quebrada de las Conchas. It is an ancient plaster mine that is surrounded by mounds with layers of different colors, product of the sedimentation of the geological ages.

In the distance you can see a rock that has the shape of a friar, so its name. While it costs a little to find it, there is a path that points to where it is located.

This is also a stop where tourists stop to admire its structure. La Garganta del Diablo is located in the direction of the capital of Salta. The high walls with very narrow passages are the result of a cascade that existed in this place, where the water fall was shaping the throat during a process that took millions of years.

In this way, we have toured some of the most visited destinations by tourists in Salta, where the Ministry of Tourism and Sports of the Nation has reported that this province has been the most visited in January. In turn, “La linda” seeks to position itself again on the podium of  Argentinean  's favorite destinations for what remains of the summer season.

What to visit in San Nicolás in 3 days